YSL really surprised me this Spring with a very bold pair of nail polishes, completely caught unaware, I was NOT expecting a black and white pairing for a season that is typically marked by pastels and sweet girly hues.  As if the bold color choice is insufficient on its own, YSL has chosen to make them textured and blinged!! 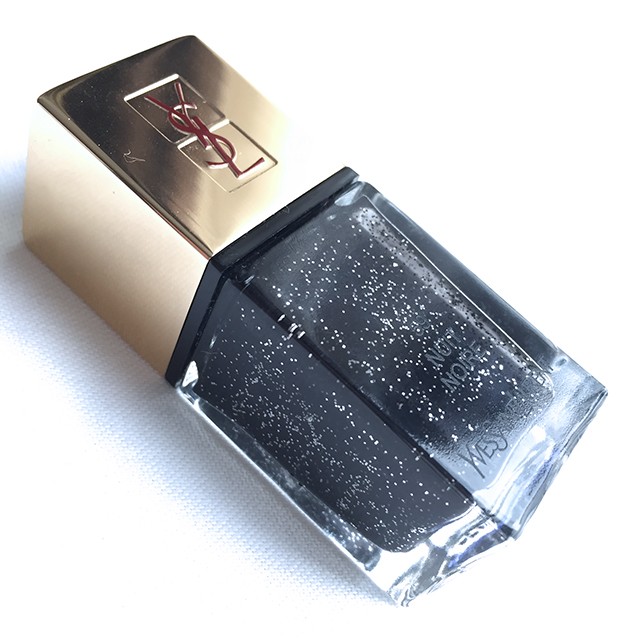 YSL La Laque Couture N° 59 Nuit Noire is a black polish with silver glitter that are quite rounded despite being fairly small.  This causes the surface of the nail to be textured, and gives the effect of sequins over a black velvet dress.

“I like the idea of a woman being prim and proper, but having full on black nails. This contrast between the feminine charm and a rebel spirit describes perfectly the universe of a ‘belle de jour’ to me. It’s all about attitude. Black gives a seductive edge.”

Nuit Noire is semi-sheer when first applied, and requires 3 coats to be completely opaque.  As the silver glitters are rather “thick”, the 3 coats do cause quite an accumulation of the glitter, which whilst do not look too jarring, does eventually cause the overall look to be rather textured.  The finish is also non-shiny, and a glossy top coat is needed to smoothen the look and to make the glitter pop. 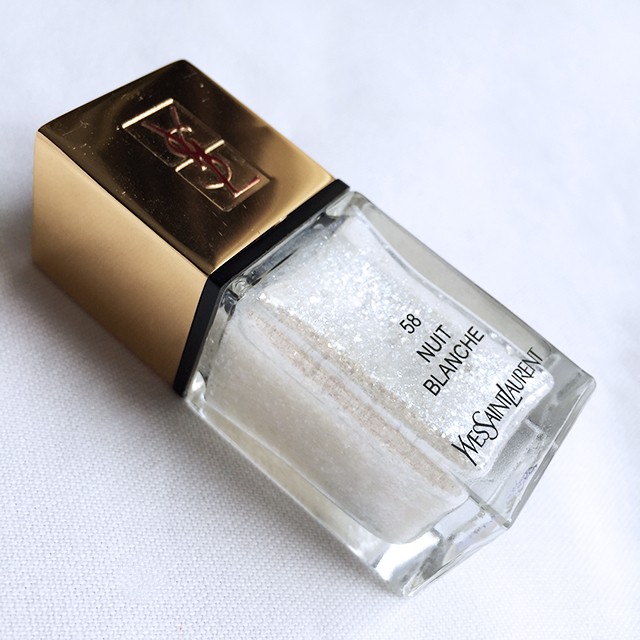 YSL La Laque Couture N° 58 Nuit Blanche is a pearly white polish with a semi-translucent jelly base.  It is filled with iridescent glitter of irregular sizes, some as fine as diamond dust.

I had initially thought it would make a cool white polish, but it is quite impossible to build up any form of opacity due to the semi-translucent base.  Also, there is a sort of gel-like consistency to Nuit Blanche, and it sometimes comes off the brush as a glob that resists being spread evenly.  The eventual effect is one of a mother-of-pearl “patchy” overlay rather than an uniform shimmery white. 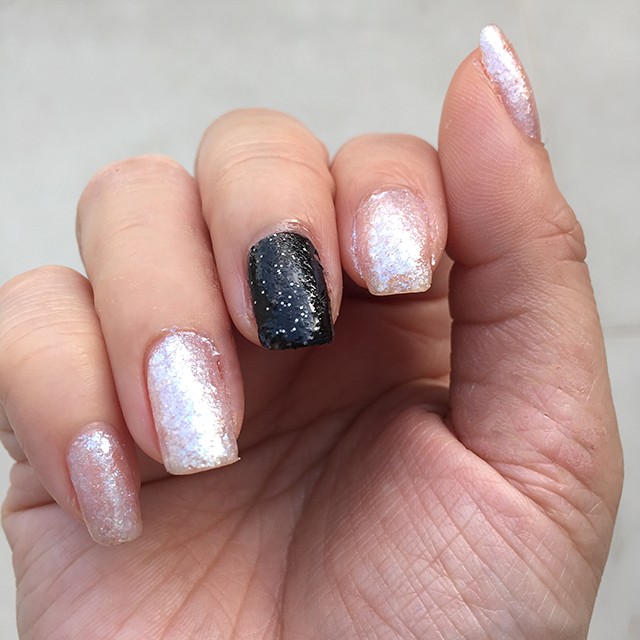 Nuit Blanche was designed to be a sort of top coat, and it looks best worn on top of a dark base.  However, due to its semi-translucent / semi-opaque characteristic, it completely changes the fundamental color of the manicure.  I have found it turns a black base almost blue, although not uniformly so. 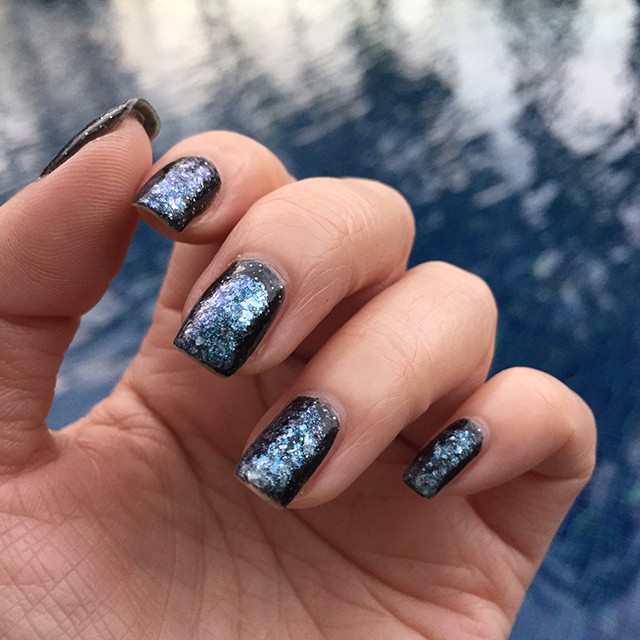 So since I couldn’t get the YSL La Laque Couture Les Sequins Manicure to behave strictly black and white, I decided to just go with the flow.  I ended up slapping N° 58 Nuit Blanche in a haphazard way all over N° 59 Nuit Noire, avoiding the edges, to create a sort of “galaxy” effect!  As you can see, Nuit Blanche turned the uniform black of Nuit Noire into patchy blue interspersed with some pink and green as well.

Overall, I wished Nuit Noire performed better with a more shiny finish and did not require 3 coats to be completely opaque.  Worse, I found these polishes to take a longer time to dry than usual for YSL La Laque Coutures.  I have very mixed feelings about Nuit Blanche as I found the gel-like patchy texture and semi-opacity to be a little challenging to work.  However, I really do like the effect of slapping it over a dark base like Nuit Noire!  And of note is the fact that these polishes seem to last even longer than usual – I went 5 amazing days before seeing the 1st chip, which is unheard of for me!!  The downside of it all was, the combination deposits so much gunk on the nails, it takes a crazy amount of work to remove!

So what do you think?  Will you be picking these up?