A year after the revamp of its eyeshadow palettes, YSL has released a whole new range of eyeshadow singles, the YSL Couture Mono Eyeshadow.  These were released in the Spring 2015 in the US, but have only recently made their way to Asia.  I have swatched all 16 shades, and would like to share some of my first impressions with you today! 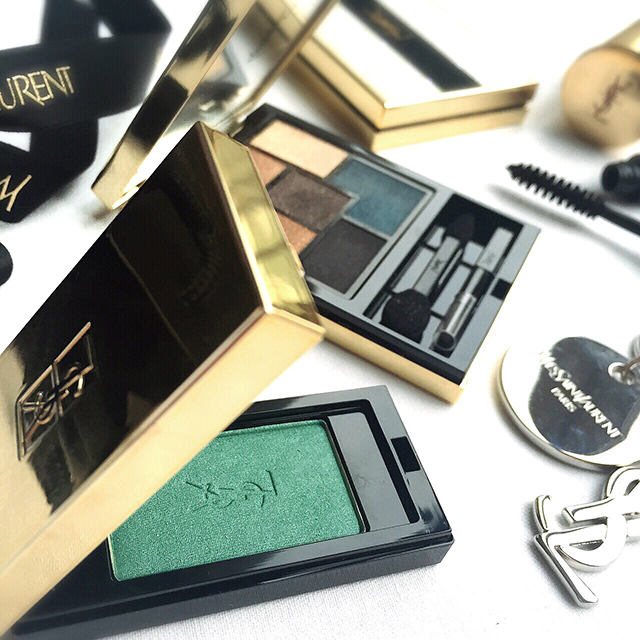 The new YSL Couture Mono Eyeshadows come in a slender compact with a reflective golden lid that snaps open to reveal the eyeshadow contained within.  There is no mirror on the inside of the lid, instead there is 1 sponge tipped and 1 brush applicator that are snapped in place.  Overall, it is a smaller, handier profile than the Guerlain Erin 1 Couleur [reviewed here].

There are 16 shades to choose from, in a variety of matte, satin, metallic and shimmer finishes. 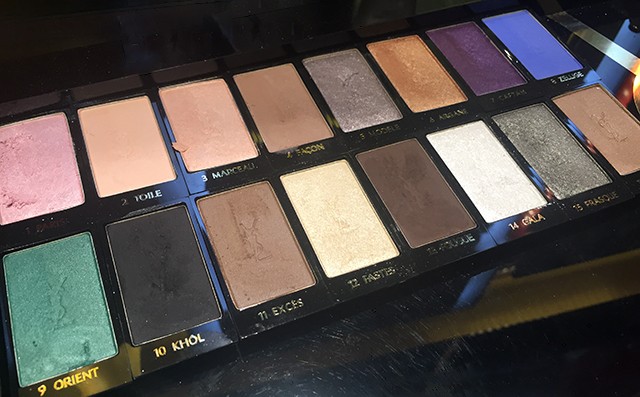 Swatches and shade descriptions are as follows:

My very first observation when watching these Couture Monos was how incredibly soft in texture they are.  These testers had just arrived in the store and there couldn’t have been more than a handful of people (most likely the BAs in the store themselves) who had laid hands on them and already they were crumbling apart.  Soft is usually good news for ease of blending, but sometimes eyeshadows that are too soft end up over blending and looking muddy, or they may even fallout.  As I don’t have all of these to use and play with for an extended period of time, I can’t report on their usability and longevity on the eyes.  But I do have 1 in shade #9 Orient, which I will discuss in greater detail in a bit.

The other problem I had was how soft most of the colors are.  Apart from the fact that it was mostly neutrals (with just a dash of green & purple and a couple of metallics); most of the colors were lacking in intensity.  Generally the metallics (shades 5, 6, 7, 15, 16) swatches much better than the matte and satins, and a couple (shades 8 & 10) were outright disappointing.

I have the YSL Couture Mono in shade 9 Orient, which is not a color I would normally have chosen for myself, and I had to challenge myself on how to make it work.  However, having worn it, I was surprised to find that it is not as cool-toned as it had seemed at first swatch as the golden micro-shimmers gave it a bit more depth and made it more wearable for those of us with a bit more yellow to our skin.  I know Asians tend to gravitate towards khaki and olive shades, but overly warm greens tend to age me the same way as overly warm browns.  So, Orient proved to be quite an interesting change of pace.  It lasted me all day without fading, but it did crease a little along my eye fold, which happens quite often if I don’t use a primer as in this case. 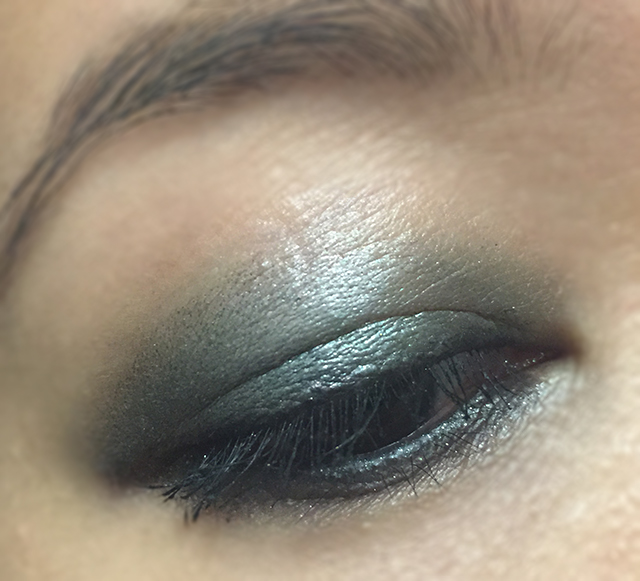 For this eye look, I first patted some black eyeshadow on my outer corner up into the crease for some depth.  Any black would do, but I used Chanel Stylo Eyeshadow in Black Stream which is one of my favourite darkening base.  Thereafter, I dabbed Orient all over and blended out at the crease.  I also popped a bit of highlighter on the center of my lids to give it some dimension.  To finish, I lined both upper and lower lash lines with a black pencil winging out just slightly, and followed by mascara. 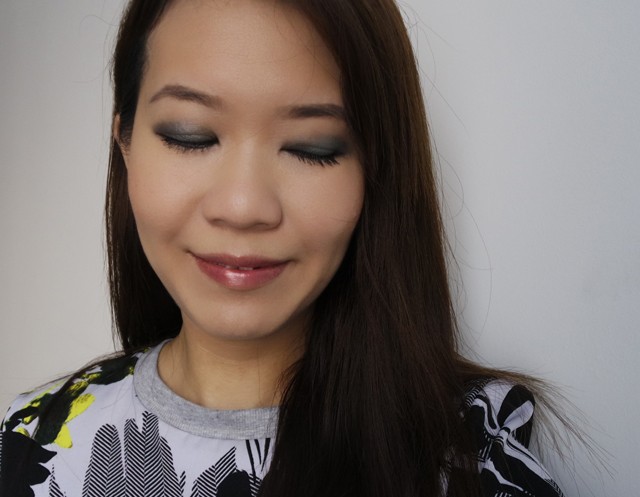 In the look above, I was also wearing Chanel Le Blush Creme Invitation on cheeks, Dior Addict (425) Summer Sunset on lips, and Cle de Peau Luminizing Face Enhancer 14 to highlight.

Do you prefer to collect mono eyeshadows or palettes?

This post featured a product that was provided to me for my consideration.  Regardless, all views expressed here are my own honest, unbiased opinions.