Shortly after acquiring Enchanted, I was on such a Tom Ford high that I had a irrational need to acquire all the Eye Color Quads.  You know you’ve gone too far down the rabbit hole when you look at the entire range and can’t find something fresh.  And that was when I realized just how similar many of the palettes really were. 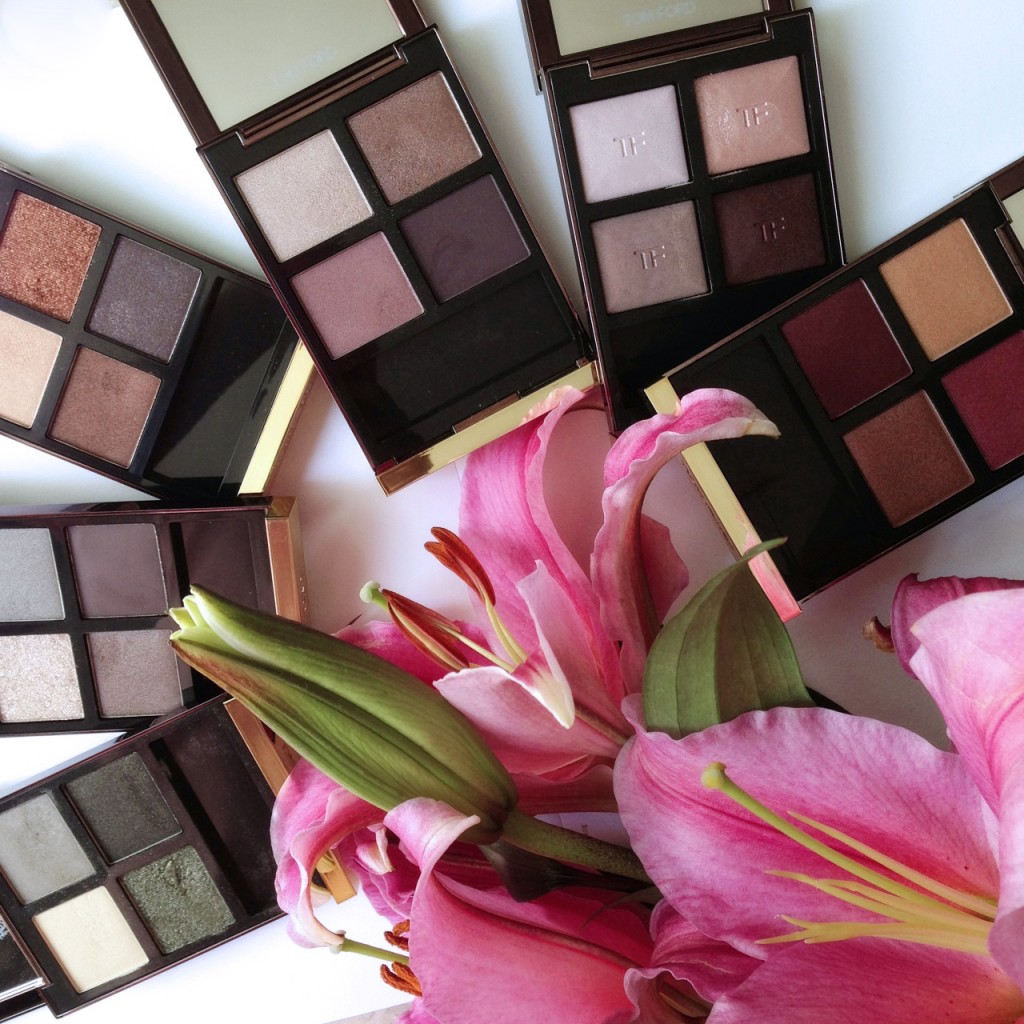 When you own as many of these beauties as I do, a certain color story emerges, making them feel like they belong to the same vein… sisters.  Between each palette, Tom Ford seems to have swapped out 1-2 colors and mixed them up, or tweaked the tones marginally.  So, it all feels similar…yet different. 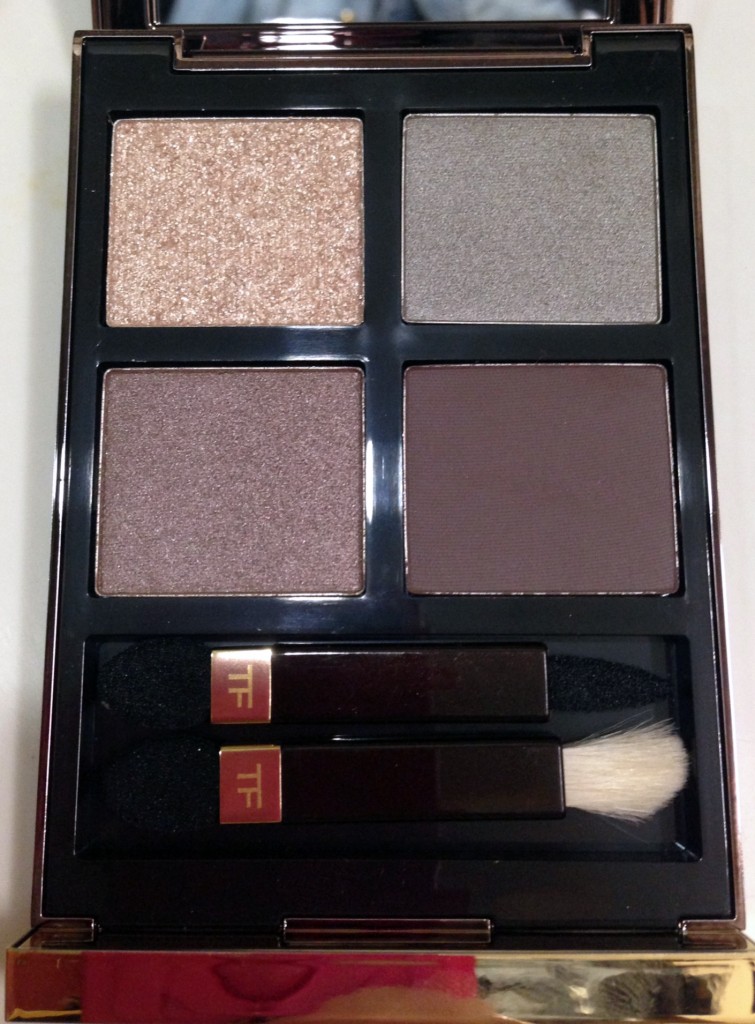 Silvered Topaz is a mostly cool-toned palette that also manages to be quite smokey and somber.  In clockwise direction: 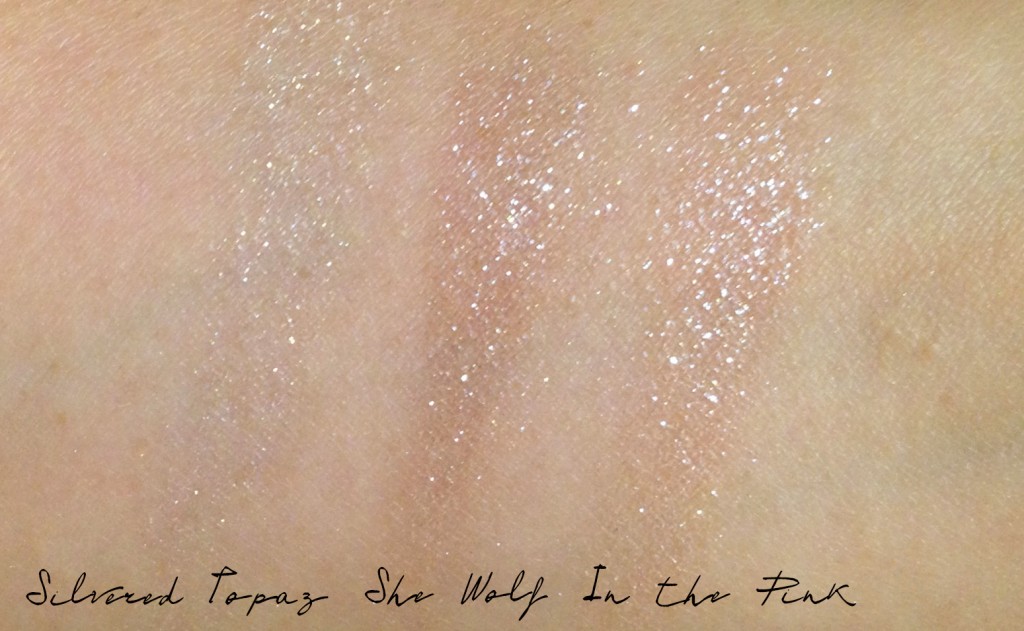 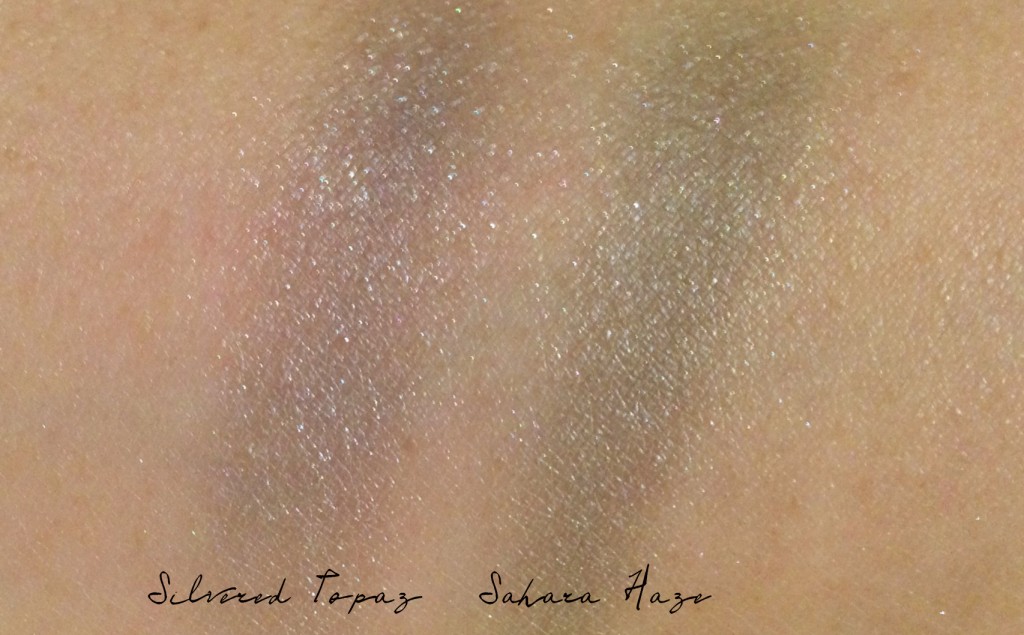 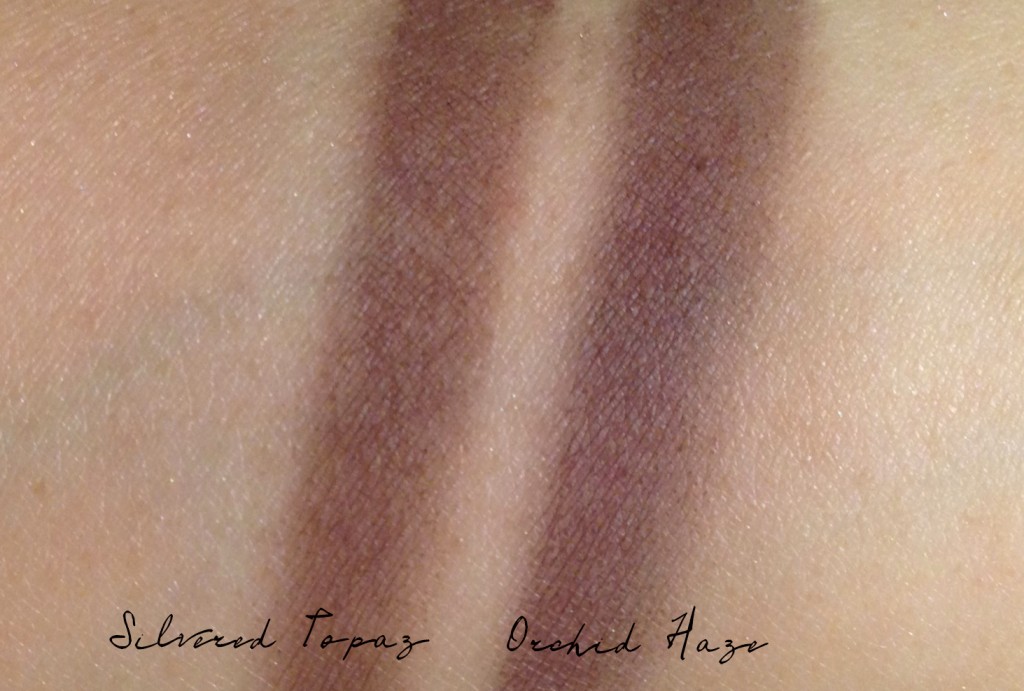 And now that I have thoroughly confused you, here is a complete set of swatches for Silvered Topaz: 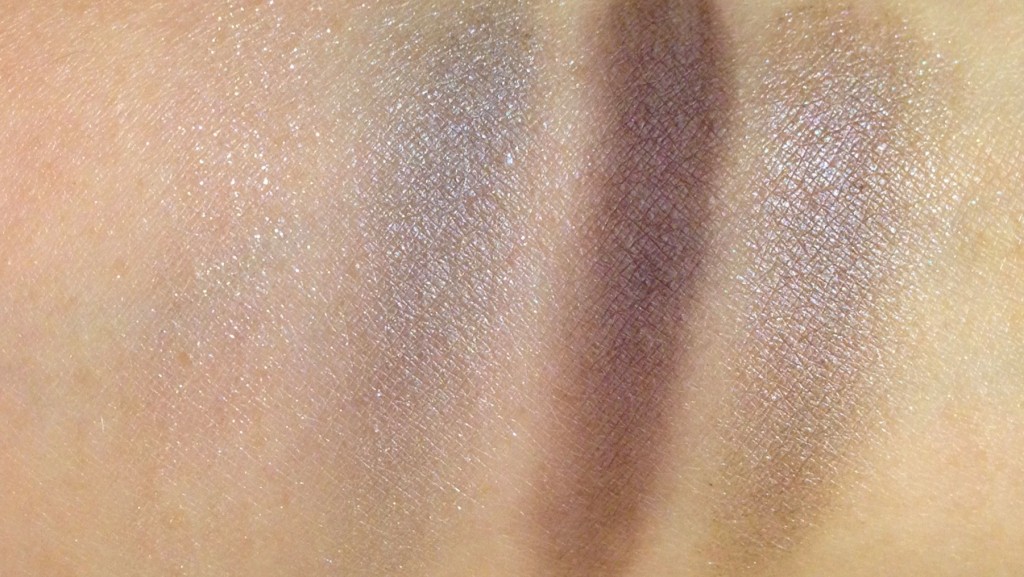 The point of this entire exercise of endless swatching, is to show you just how close (or not at all) Silvered Topaz is in relation to quite a number of other Tom Ford Eye Color Quads. Clearly, the shades aren’t the same, although there are a number that are close enough.  And ultimately, I found that when applied on the eye, minor tonal variations do not show up.  Also, I had difficulty getting the slate grey – mauve – eggplant to go together… on me, they all turn into murk.  Ultimately, I separated the grey, using it only on my lower lash line, like so:

This is really not that different to the EOTD that I managed with Enchanted and Orchid Haze.

I finally picked up Silvered Topaz because it looked so darn classy and sexy.  However, it was not my first Tom Ford pick because it is ultimately a neutral palette, and I get attracted to color like a moth to a flame.  Also, having worked with this quite a bit lately, I feel that Silvered Topaz lacks a lighter shade to balance things out.  As it is, there are 2 medium-dark shades and 1 very dark, and the colors are all smoky, which makes the overall palette rather challenging for day use.  Regardless, if you are looking to do a full-on smoky eye, this is a lovely alternative to traditional black.