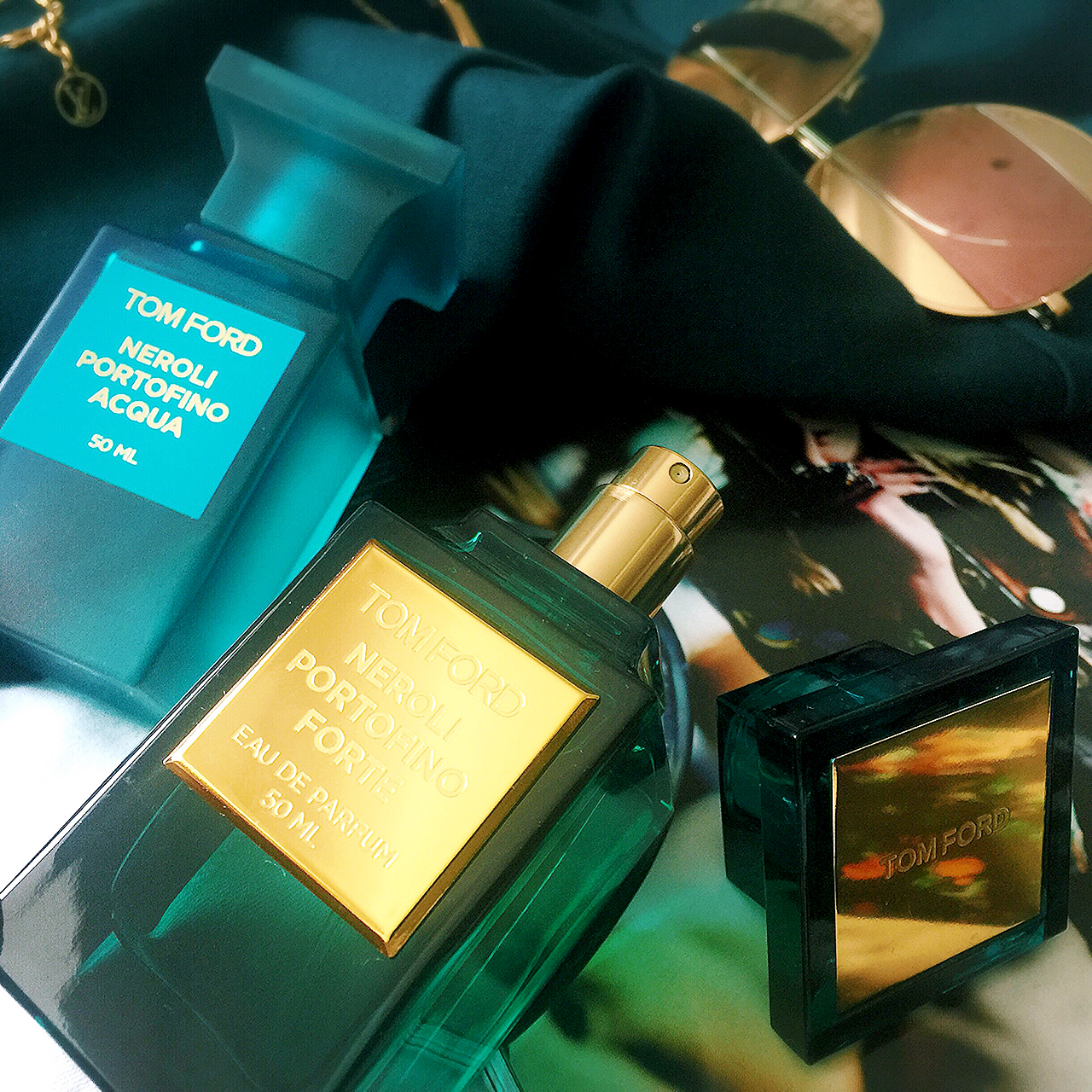 I must admit that I was never a huge fan of the original Neroli Portofino, there is something soapy about it that never felt very intimate on me.  The new Tom Ford Neroli Portofino Acqua stays very close to the original, but as the name implies, this is a lighter brew.  It starts out with a tart burst of the same citrus mélange of orange, lemon and orange blossom; but it quickly settles down into a base of neroli and amber.  My skin chemistry pulls out the bitterness of neroli oil and the warmth of amber disappears fairly quickly. 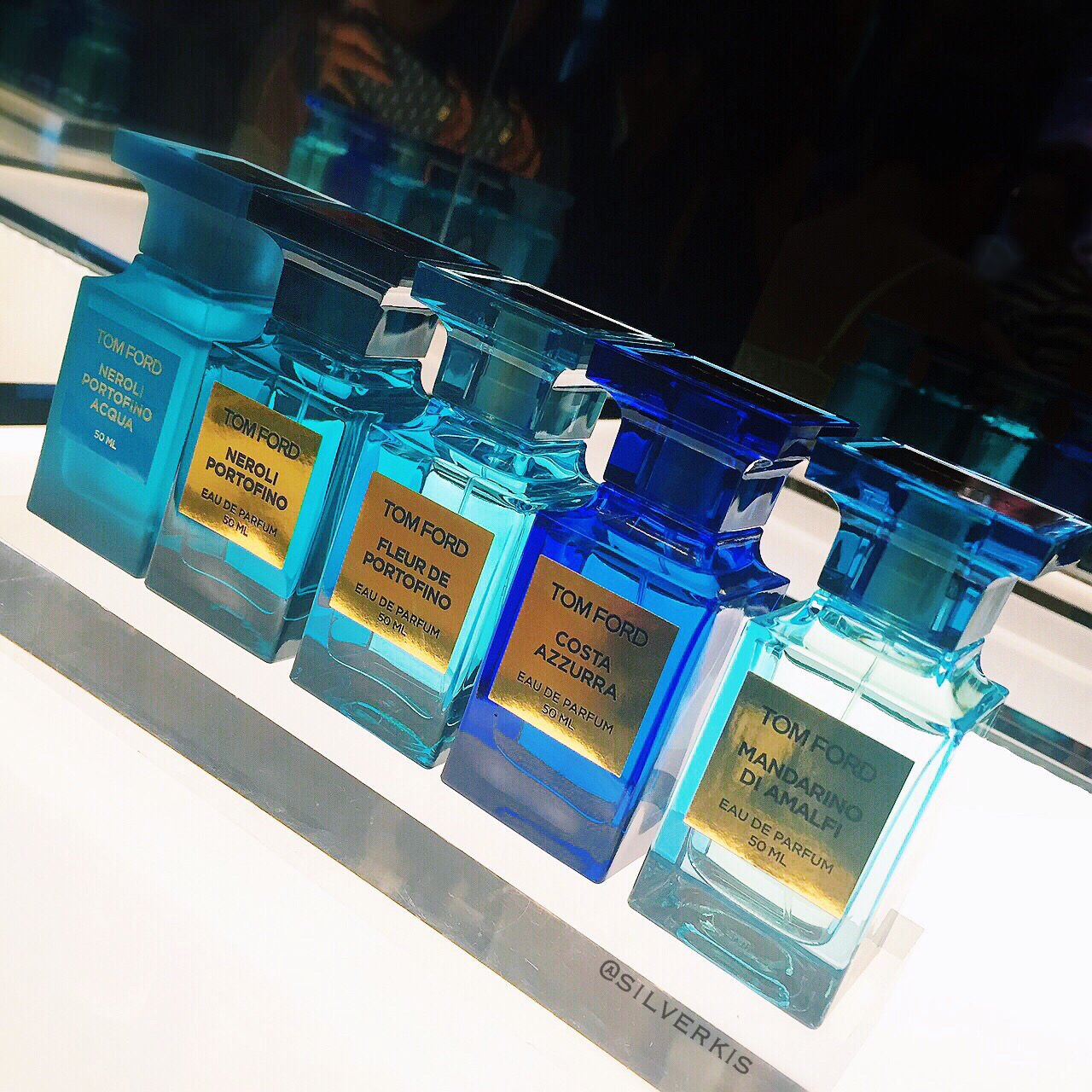 As an Eau de toilette, Neroli Portofino Acqua stays pretty close to the skin.  It fades into the background after the initial burst, but does not completely disappear for a good 8 hours.  And it is this characteristics that makes it so suitable for men.  I spritzed it on my man the other day, and it was instant love!  On him, Neroli Portofino Acqua did not feel quite so bitter, in fact it brought out a crisp manliness that is quite sexy.  The touch of amber is more distinct on him, making the overall scent more luxe and uniquely Tom Ford. 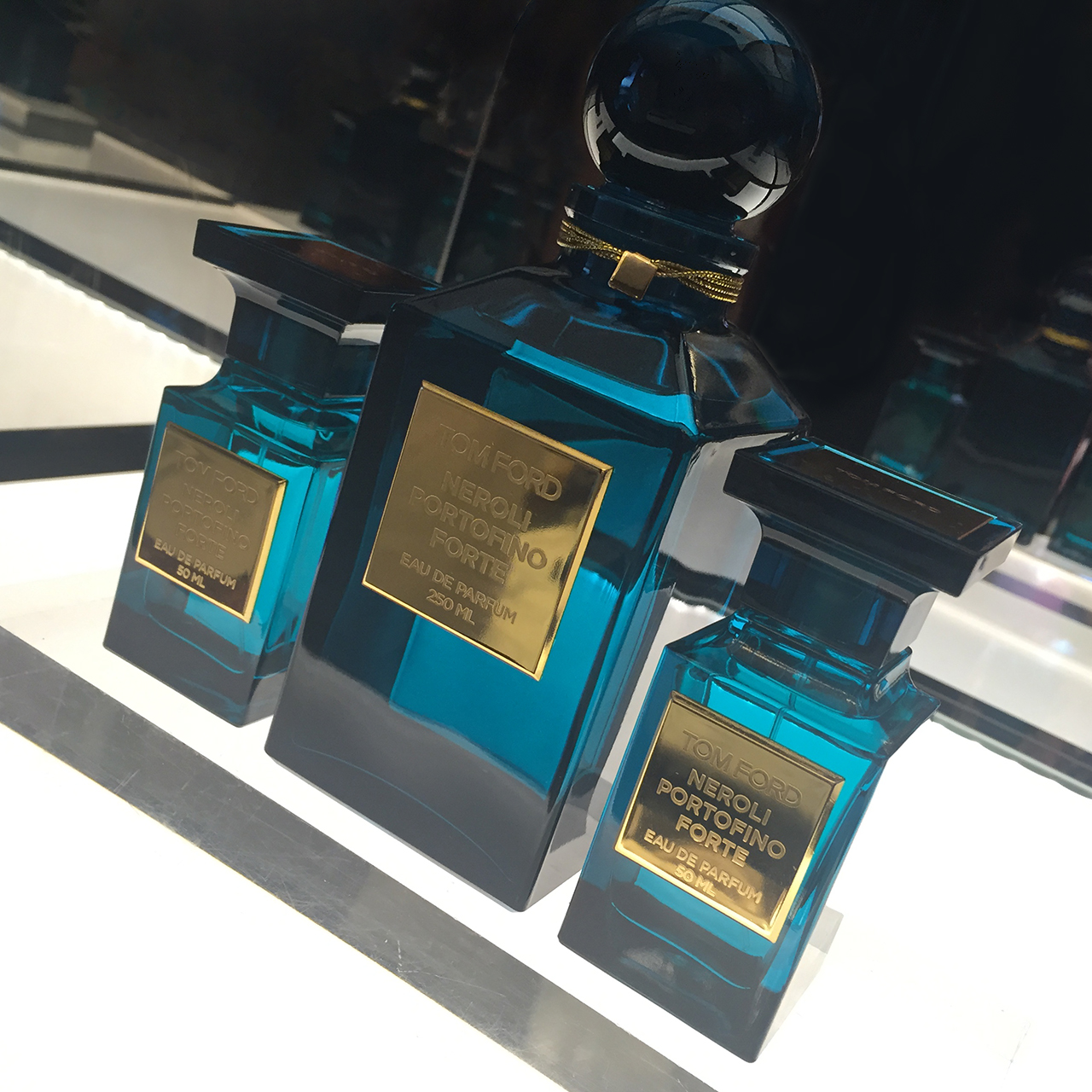 In perfect counterpoint to the Acqua, Tom Ford has also introduced Neroli Portofino Forte, which is a more intense version of the original.  Interestingly, I found this to be so similar in taste, yet on my skin, it wore beautifully!  To create Forte, Tom Ford has made strategic changes in its ingredients that are distinctly more luxurious.  The sweeter orange has been switched out for a more tart bitter orange; and a herbal accord of basil, rosemary and tarragon replaces the lighter orange blossom heart.  And for an added kick, Forte features a supple leather base paired with aromatic sandalwood.  The combination brings Neroli Portofino Forte to life on my skin, and it feels sexy and intimate.  And to complete the haute impression, the flacon is marked with a golden plate on the front.

Tom Ford Neroli Portofino Forte has slightly stronger sillage than Neroli Portofino Acqua, but still stays fairly close to the skin, wafting up in waves as my body heat lifts it throughout the day.  This makes it perfect for layering with other fragrances – I like its grounding effect on White Suede [reviewed here], and my other floral fragrances.