Tom Ford Incandescent was part of the 4 limited edition nail lacquers that were released for Spring 2014.  However, out here in Asia, it was launched as a Spring-Summer offering last month together with the Summer palette.  But for once, I don’t have much quibbles with it, as I really do think Incandescent is much more appropriate for glamming up pool side parties than spring garden soirees. 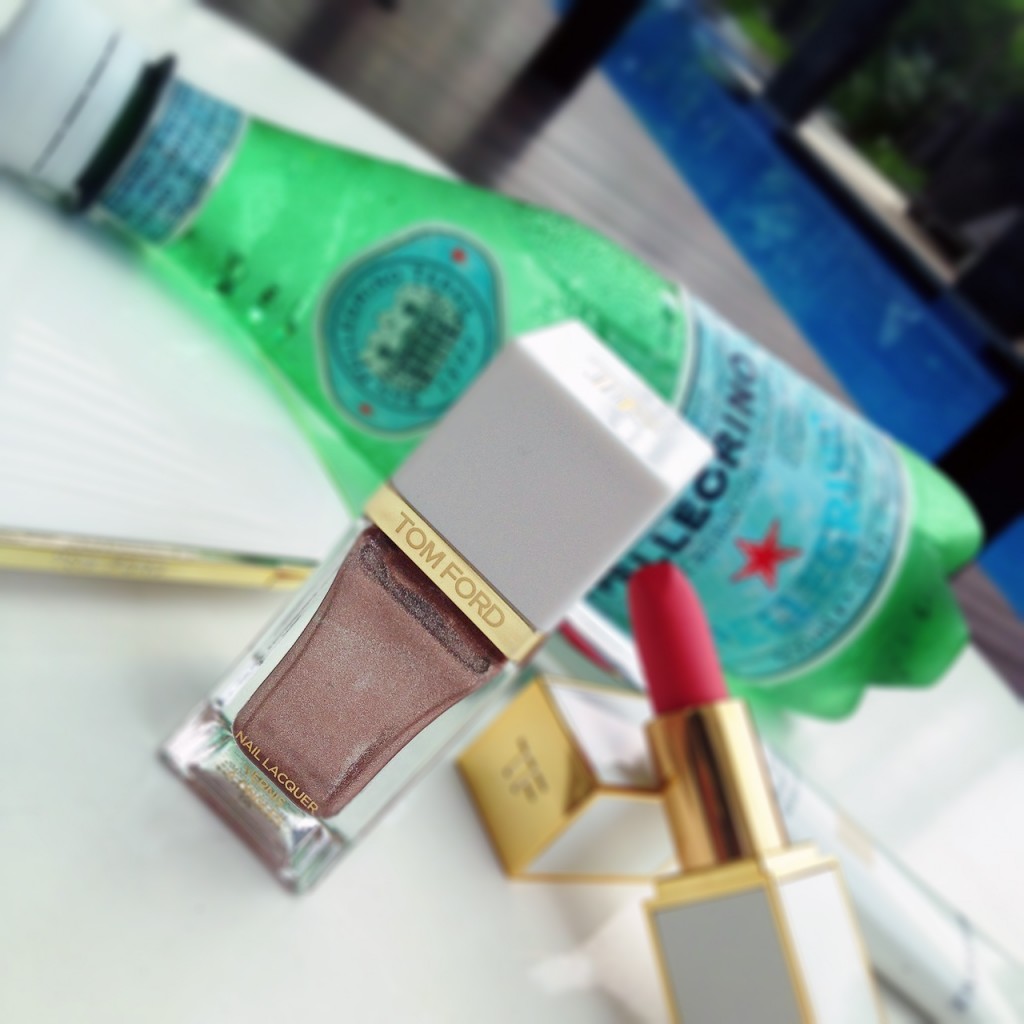 Tom Ford Incandescent is a medium metallic bronze nail polish with tinges of rose.  It has bits of shimmer in it, making it feel almost like molten rose gold as you apply it.  As compared with Indiscretion (reviewed here), Incandescent is nicely opaque in 2 coats.  However, it has a streakiness that does not disappear when dried so you have to take extra care when applying.

Incandescent lasted 3-4 days on me before starting to wear at the tips, which is about standard for me.  Again, I had some issues with the drying time, which is slightly longer compared to other high end designer polishes (e.g. YSL, Dior, Guerlain), but on par with the rest.

Tom Ford Incandescent retails for SGD43 / 10ml in Singapore, which is equivalent to the US pricing of USD32.  It is limited edition, and may already be sold-out locally, so do call and enquire.