When I first heard that Pharrell Williams had launched his own fragrance titled “Girl”, I gave a yawn and dismissed it as yet another celebrity-endorsed mass market fragrance. Just to state upfront, I did not dislike “Happy” the first time I heard it, but it was one of those generic songs that gets overplayed to death and then gets stuck in a loop in my head. And that is the whole problem with putting a brand name (in this case, the man’s own persona and body of work) on the bottle. I expected Girl to be one of those sparkling, happy generic fragrances that are devoid of very much personality. I couldn’t have been more wrong. 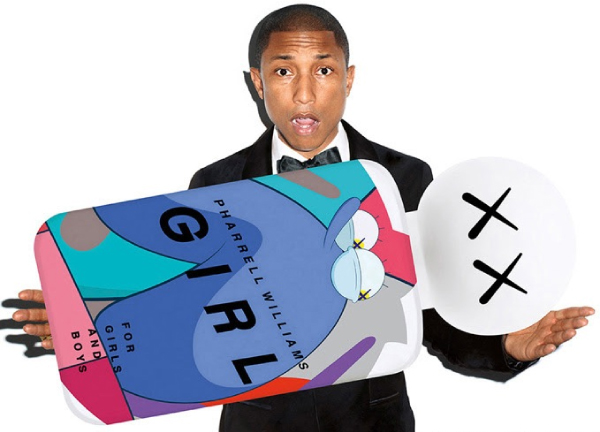 What eventually piqued my interest was when I found out Girl was produced in collaboration with Comme des Garcons. Now to further highlight my stupidity, imagine my surprise when in that moment I realized Comme des Garcons not only produces avant-garde clothing, but niche fragrances as well! So I took a crash course in Comme des Garcons fragrances so as to decipher Girl.

The story went that Pharrell caught a whiff of Comme des Garcons Wonderwood on Sarah Andelman of Parisian Colette, and fell in love. He then envisaged a fragrance based on woodsy notes, and wanted to work exclusively with Comme des Garcons.

On first whiff, Girl really surprised me in a good way. It hit me with a bold note of neroli, lavender and white pepper. Warm and spicy, very unusual picks for something named Girl. As it settles down, it gets more interesting with a floral bouquet of iris, styrax and violet… styrax is probably the biggest clue this is no ordinary celebrity fragrance.  Girl is given a deeper, more unisex base with patchouli, vetiver, sandalwood and cedar.  Overall, very interesting, certainly unexpected and divergent from Happy.

On the other hand, as I experienced more from the Comme des Garcons family, I found Girl to be too perplexing. There are a lot of contrasting notes in there, and I would love to say this is an intriguing complex scent, but in reality it is simply too much. Girl lacks the elegance of Wonderwood (although personally I found Wonderwood a little too bland compared to Tom Ford Oud Wood), and when worn on the skin, it takes on a strange sweetness that did not combine well with the woodsy and musky tones. And it constantly evolved over the 6-8 hours it remained on me which made me feel a bit of a split-personality.  It felt like a high-end perfume attempting to take on a more commercial appeal, and got lost in the process. 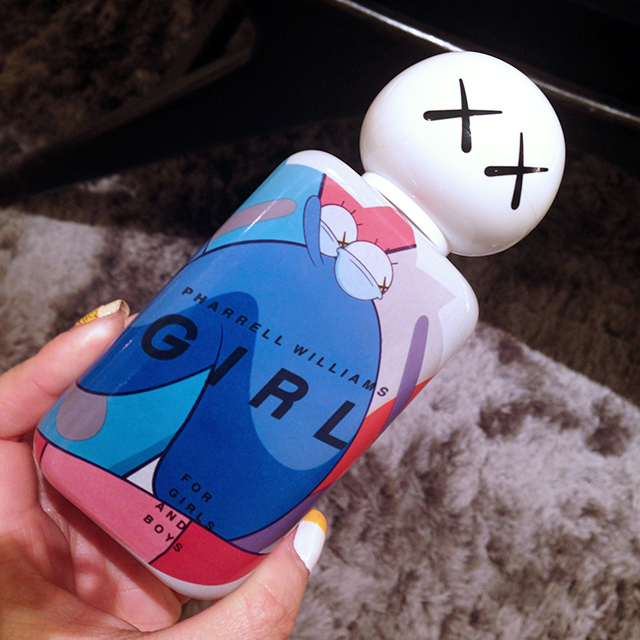 To further compound the confusion, Girl’s bottle is designed by Brooklyn artist KAWS, and is designed to resemble his “Companion” sculptures. I love graffiti art and will continue to dream of owning a piece of Banksy or Jean-Michel Basquiat someday, but an art-toy figurine with anime-inspired prints (X-es for eyes) is just too cutesy for such a strong scent. It puts Happy spinning in an infernal loop in my head again.

Pharrell Williams Girl is priced at USD135 for 100ml, and USD30 for a small 10ml. I wished the latter is not as pedestrian looking, if it were an exact miniature I’d have bought it in a heartbeat for a nice collectible.