Aaahh… we are almost at the end of the year!! I’m probably going to take a short break from blogging before going full swing into Spring 2015, I’m so not ready for Spring yet! There will be a best-of year roundup next week, so stay tuned for that, but before we go into Christmas, I wanted to leave you with a nugget of gold! 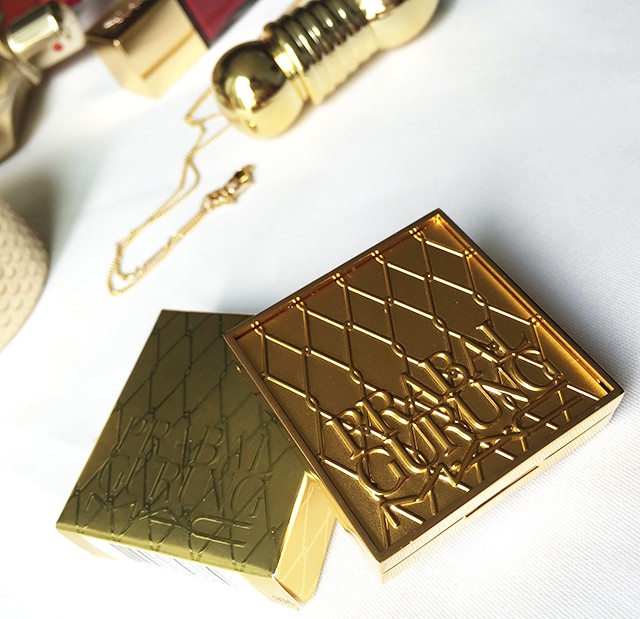 How luxurious and how season appropriate is the gleaming golden packaging of the MAC x Prabal Gurung collection?! This young designer first shot to fame after the First Lady Obama wore one of his gowns to the White House Correspondents Dinner in 2010, then became popularized when Duchess Kate donned his orchid-print dress during her visit to Singapore. Not only was this hotshot designer born here in Singapore just months before me, he’s also incredibly HOT! Ok interesting backstory, but back to the makeup collection in question, I had quite some misgivings. Lovely as the packaging was, and damned are the tiny things heavy (I could probably hurl this tiny palette at somebody and cause serious bodily damage!)… I just didn’t get the Prabal Gurung chic vibe from it all. Or maybe it is lethargy from chasing capsule collections from MAC all year.

The pricing was a serious problem for me. Even though I am hardly one to balk at buying high end cosmetics, I think MAC was probably reaching for a slightly more upmarket demographic with the Prabal Gurung collection. Which may explain why most of the items are still available for sale online whilst all the other capsule collections had soldout within days of launch. 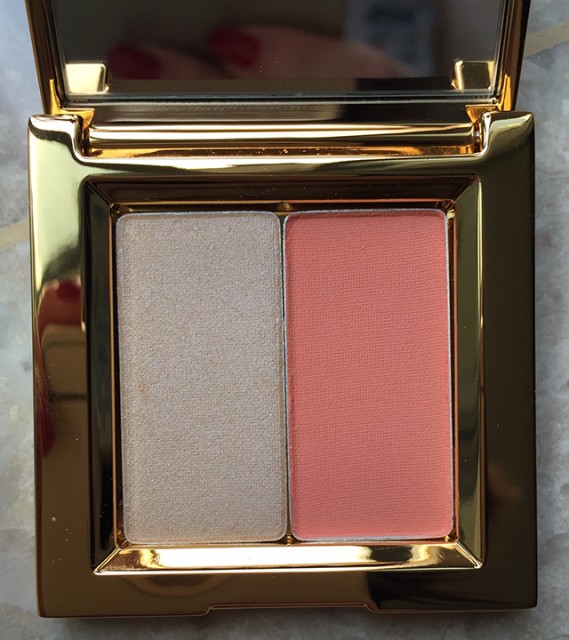 A very kind girlfriend had asked if I wanted anything from the collection during launch day, and since I was busy pretending to be a domestic goddess at home, I just told her to grab me the 1st picture she sent me. MAC x Prabal Gurung Satin Ochre certainly looked lovely in pictures, that succulent gold and coral combination…. I thought it was a genius pairing for the cheeks!!! It wasn’t until I got ahold of the actual product, that reality hit me like a brick. This tiny pan of 1.8gm retailing for SGD58 [USD40] is the most expensive MAC eyeshadow in my memory, and twice as expensive as YSL Couture Palettes on a per gram basis. And no, it is not a highlighter / blush combo for the cheeks, but an eyeshadow duo.

If it were a cheek product, this would be a brilliant pairing. Ridiculously tiny, but beautiful together. My daily routine currently revolves around cheek duos after these babes entered my life. But as eyeshadows, they’re meh… pretty, but nothing exciting.

Even the swatches are uninspiring – a pale warm-toned golden beige with a frosted finish; paired with a light-medium coral orange with a matte-satin finish. Highly, highly dupeable. And didn’t we just see this same color story in the MAC x Brooke Shields Mortal Veluxe Pearlfusion Eyeshadow Palette?

I would have loved to say the textures are sublime and color complexity or intensity out-of-this-world, after all MAC has outdone itself several times this past year, particularly with the Alluring Aquatics Collection [reviewed here]. Unfortunately that is not the case. Neither shades contain any interesting shimmer nor duality to make them unique. Whilst the golden beige has decent texture and pigmentation, it is one of those shades that just disappears and serves only as a highlighter and not very much else. The coral, on the other hand, was dry to the touch, applied sheer and patchy, and had the tendency to make me look like I’ve spent all night crying over some unfortunate Korean drama. 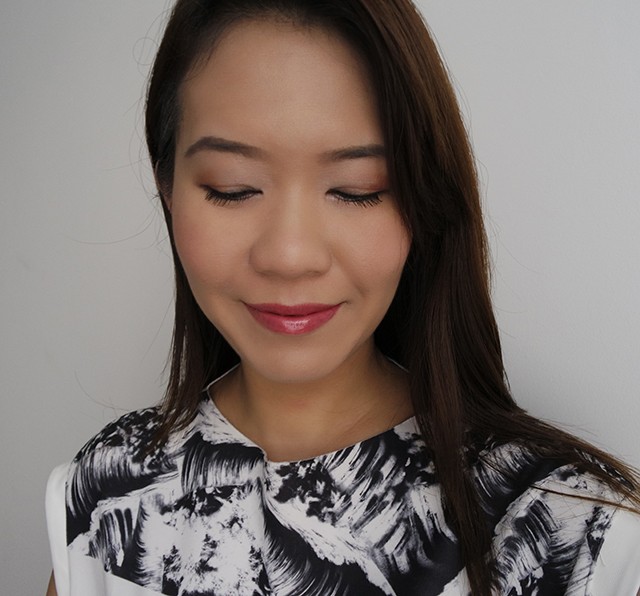 On the cheeks though, it is incredibly pretty!! You need to have the patience to poke at the coral shade with a smaller brush though given how tiny the pan is… I worked at it with my Chikuhodo Z-4 cheek brush, something narrow and flat or even a large eyeshadow brush should work well too. The golden beige worked very well as a highlighter, I used my Hakuhodo S116 which is a small tapered flat highlighter brush, and only needed 1 sweep since the powder is quite pigmented. I’m not sure if I’ll keep on using this as a blusher though, because it is so terribly expensive. Already with 1 use, I can see the coral shade hollowing out. There is after all, only 0.9gm of powder in the pan! *sigh* 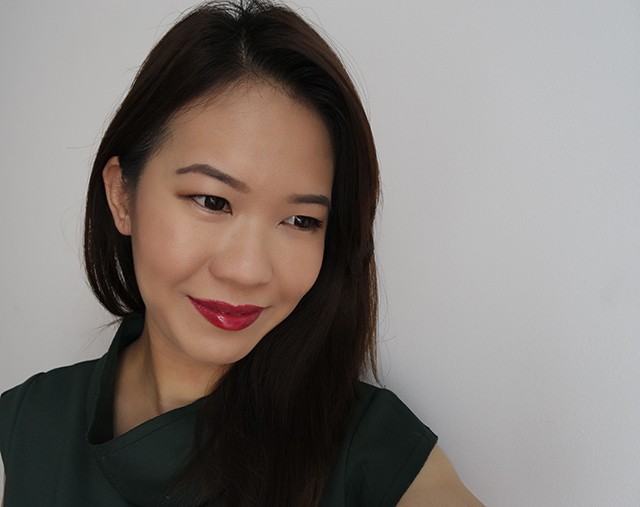 In this look: Tom Ford Cream Color for Eyes Platinum all over and Spice on outer corners. MAC x Prabal Gurung Satin Ochre on cheeks, coral along the cheekbones and golden beige as highlighter on the apples of the cheeks, and nose ridge. For the lips, i’m wearing Burberry Lip Definer Pencil #5 filled in as base and topped with Lip Glow Oxblood No. 23.

My expectations for MAC have grown too high in this past year and things had to stop somewhere. Whilst the quality of Satin Ochre was not terrible in and of itself, certainly quite on par for MAC, it is priced on the higher-end of the market and nowhere near the quality that I’d expect from those of that range. The colors are probably safe and ladylike for most, but on my eyes the coral just does not work. With the Prabal Gurung brand name and luxe golden packaging though, it is a pretty little accessory for my purse!

Thank you for making it through such a long-winded post today! May you & your family enjoy a very blessed Christmas and cheers to a marvelous year ahead!