I received a small sample of Laneige Snow BB Smoothing Cushion as part of The Little Black Beauty Box sometime back, and thought oh great, another BB cream.  So it went into my sample drawer and lived in anonymity for the past few months.  It wasn’t until my recent trip to Bangkok that I uncovered it and decided to bring it along.

Having tried so many BB creams, I wasn’t expecting anything much out of this little sample.  I couldn’t have been more wrong!

Laneige Snow BB Smoothing Cushion comes in a compact, with the product itself contained in a sponge-like “cushion”.  It almost reminds me of those water-filled sponges in the post-office that we used to dab our stamps on.  Which is exactly what you would have to do to apply this product – dab the puff over the sponge to get the BB, and then dab it over your face. 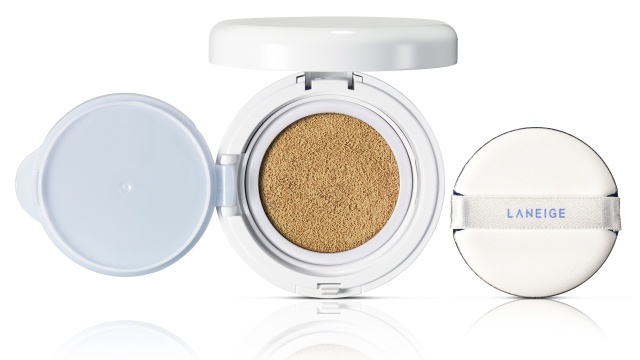 The BB itself feels almost watery to the touch, and is much easier to apply and blend than traditional cream-types.  It also gives a slight cooling sensation when applied.  The coverage is somewhat sheer even for a BB, but you can wait a while to let it dry and reapply another layer for more coverage.  It does help neutralize some of the redness around my nose, and diminish the look of my dark eye circles.  However, I still need a touch of concealor afterwards.  The finish is radiant without being too dewy / greasy which is quite remarkable for a BB! 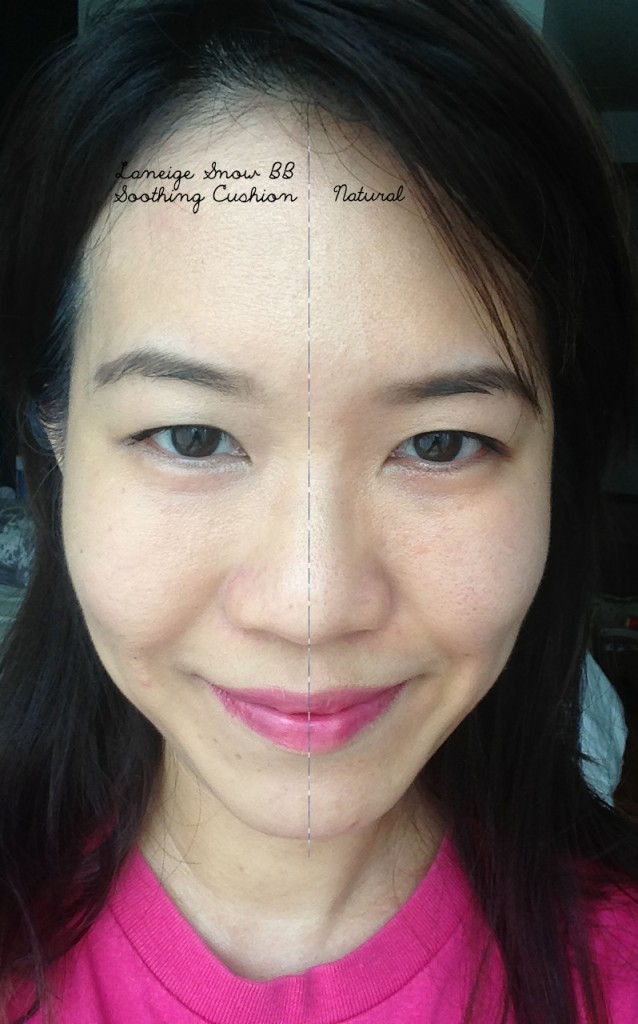 The reason the Laneige Snow BB Smoothing Cushion caught my attention was because after wearing this out for an entire day running under the hot Bangkok sun and humidity, I went back to my hotel expecting my face to have practically melted… but instead found my makeup to be practically intact!!!  I must have sweated buckets that day, and I felt all mucked up inside, but my face actually looked good enough to hit another mall! 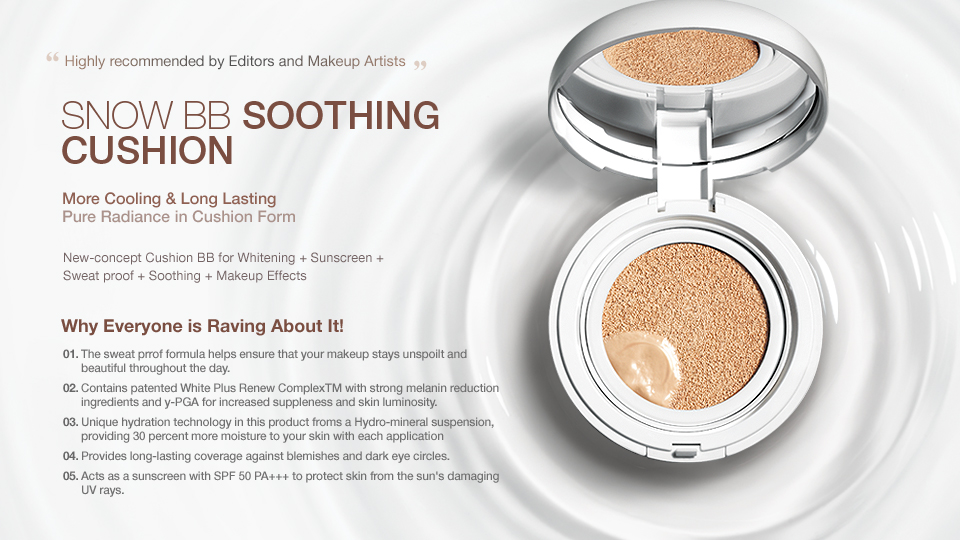 For a more polished look, I like to layer on some powder, and I find that combination really lasts.  Laneige Snow BB Soothing Cushion is a tropical gal’s best friend for those casual days when you need to zip around under the hot sun.  And at SGD59, it doesn’t break the bank terribly!