Just before the Crazy Paris collection (reviewed here) launched last year, Guerlain released 2 beautiful base makeup products – the Tenure de Perfection (reviewed here) and the Les Voilettes Translucent Compact Powder. I was so overwhelmed by all the Holiday 2013 goodies that I completely missed them and only picked them up “accidentally” during the Sephora anniversary sale. 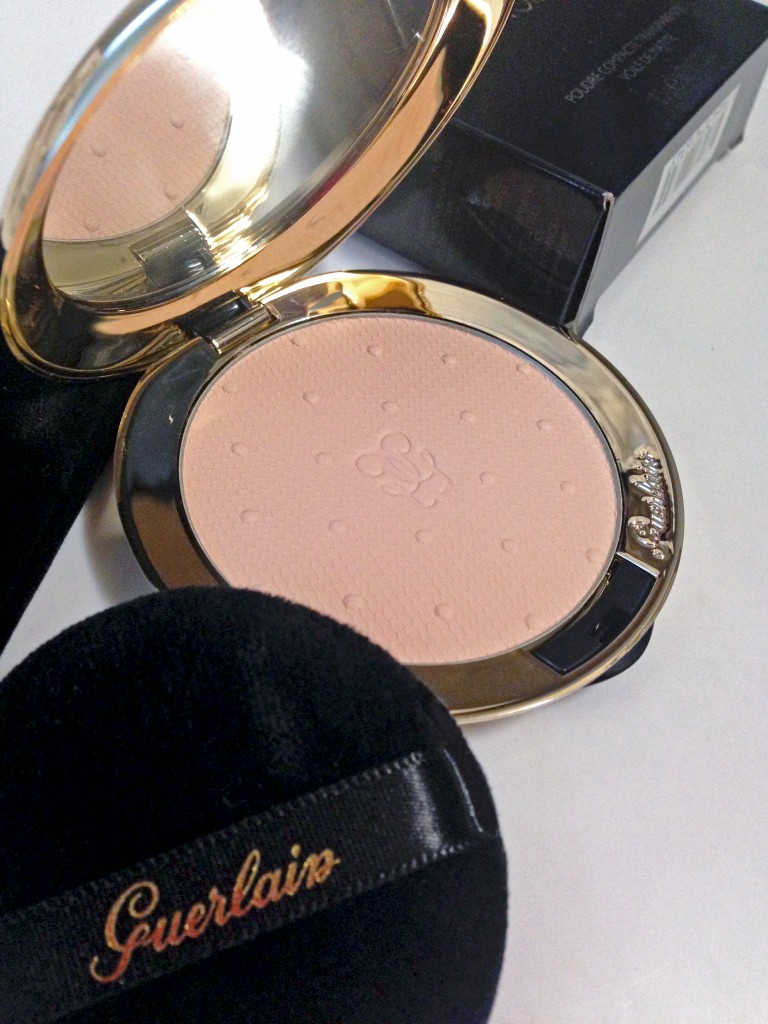 Les Voilettes is Guerlain’s latest pressed powder that combines absorbing powders and pearls to mattify and fix makeup, and gives a flawless finish. It is very handy for touch ups on the go as a light dab of this powder completely removes shine and leaves me with a refreshed, matte visage. However, much as I’m loathe to criticize anything Guerlain, Les Voilettes disappointed me somewhat. I found the texture to be not as fine as what I have come to expect from Guerlain, it is denser and not as soft as some of the other compact powders that I currently own (fyi, my current HG is YSL Radiant Pressed Powder Compact). Also, whilst it is excellent at mattifying the complexion, I found it left my under-eye area and cheeks somewhat dry, defining lines in an unflattering way. Consequently, I am only comfortable using this on my T-zone. 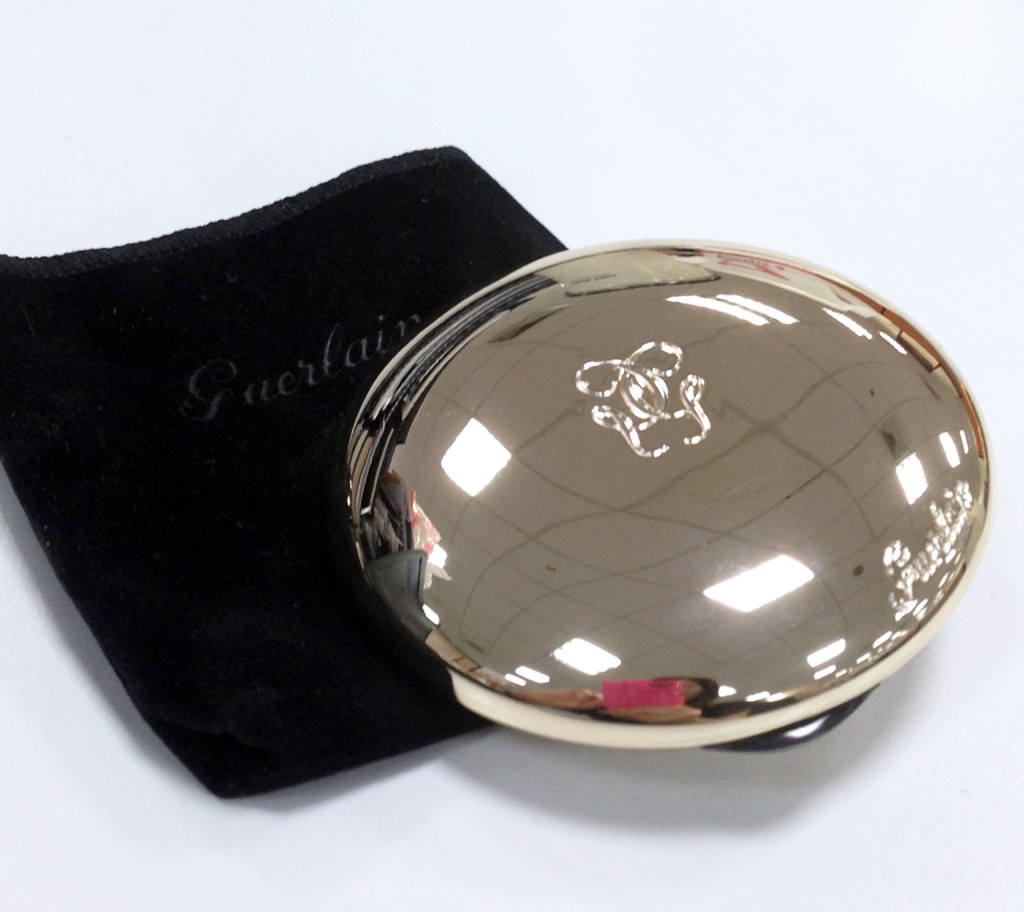 It comes in a shiny golden compact with a black velvet pouch. The powder itself is laser-cut with the chic-est swiss dot pattern and the Guerlain emblem in the center, reminiscent of the Summer 2013 Madame Rougit blush (reviewed here). A thin puff lies inside, between the powder and the mirror. Part of my angst with Les Voilettes has to do with the cheap puff… I like to use the edge of my puffs to dab at my under eye area, and the one included with Les Voilettes scratches painfully! It also fails at picking up the powder evenly, which may be also due to the rather hard texture of the powder itself. So, I would recommend carrying a brush with you, which is not always the most convenient thing to do (me and my impractical tiny purses!).

In typical Guerlain fashion, Les Voilettes is fragranced with the scent of violets.  Although that is usually a scent that I embrace, I found it too overwhelming in Les Voilettes.  And unlike other Guerlain products, the scent lingers long after application, to the point of annoying.

Guerlain Les Voilettes comes packaged with 6.5gm of product for SGD75, which makes it one of the most expensive compact powders that I own. It is available in 3 shades – #2 Claire, #3 Medium, and #4 Dore. I, together with most NC20-25 ladies, use #2. With all the qualities above, I would suggest splurging only if you have terribly oily skin.