You have all seen me raving about all the beauty goodness that Guerlain has to offer… but did you know that the famed French house is known first and foremost for its fragrances?  Guerlain is one of the oldest perfume houses in the world with over 170 years’ history of crafting bespoke fragrances for historical figures and celebrities.  The fulfillment of Guerlain’s potential as a world leading perfume house began in 1853, when the creation of Guerlain Eau de Cologne Imperiale earnt Pierre-François Guerlain the prestigious title of being His Majesty’s Official Perfumer in France, which gave him an international name and commissions to create perfumes for Queen Victoria of England and Queen Isabella of Spain, amongst other royals.  Since then, more than 700 perfumes and aftershaves have been created by Guerlain and many still survive today.

La Petite Robe Noir was first launched in 2009 as an exclusive and limited edition fragrance, and a second version was released in 2011.  In early 2012, Guerlain decided to relaunch La Petite Robe Noir to a broader market.  And this year, Guerlain has introduced an Eau de Parfum edition together with the Fall 2013 beauty collection. 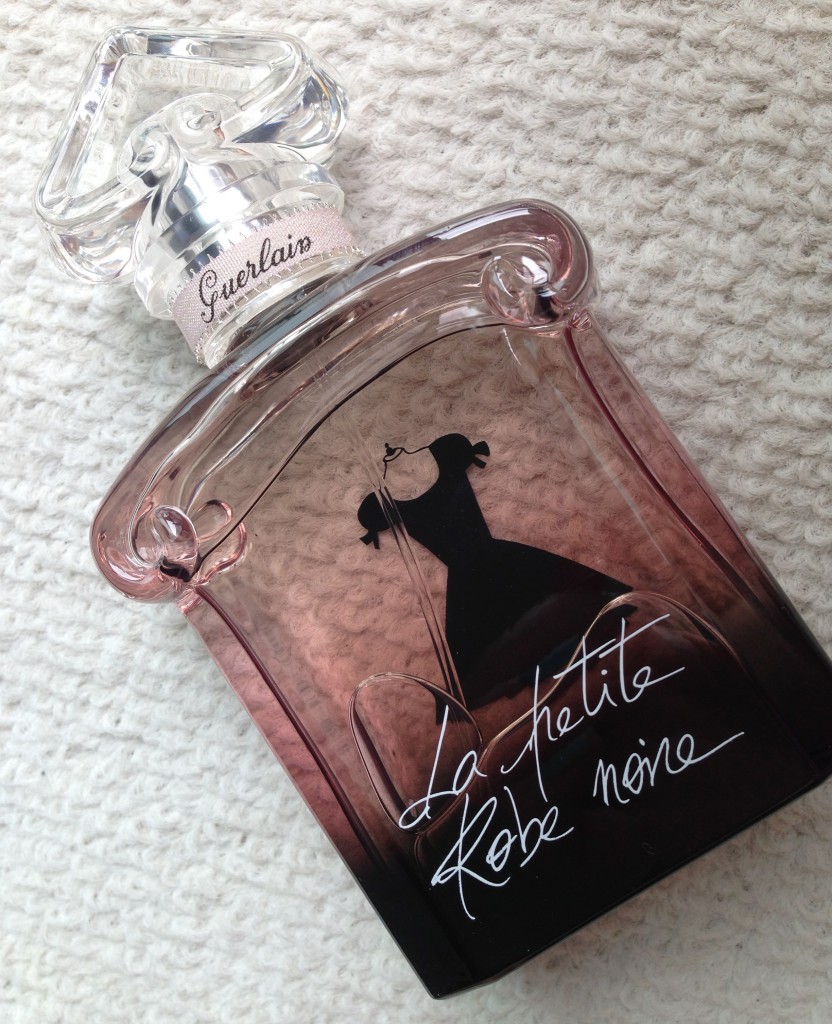 Inspired by the elegance and eternity of a little black dress, La Petite Robe Noir exudes Parisian chic and gracefulness.  It opens with sweet and crisp notes of black cherry and red berries.  Middle notes of Bulgarian and Turkish roses brings out the lady’s soul, rounding up with slightly spicy notes of licorice, aniseed and tonka bean.  The fragrance notes indicate other intoxicating sounding scents such as bergamot, almond, vanilla, iris and patchouli…but my nose isn’t that delicate to pick them out individually.

La Petite Robe Noire is housed in a gorgeous bottle that manages to look super cute and modern, and yet has strong elements of the classical vials of the house.  Most notably the upside-down heart-shaped stopper that caps the spray nozzle, famously used for Guerlain classics such as L’Heure Bleue and Mitsouko.  The bottle starts out dramatically black in the base and fades gently to a light pink.  I love how the name has been printed in the front of the bottle whilst a cute black dress (a different design for each version of La Petite Robe Noire) is printed on the inside of the back.  The neck of the bottle is tied with pink ribbon bearing the name Guerlain.  Très chic! 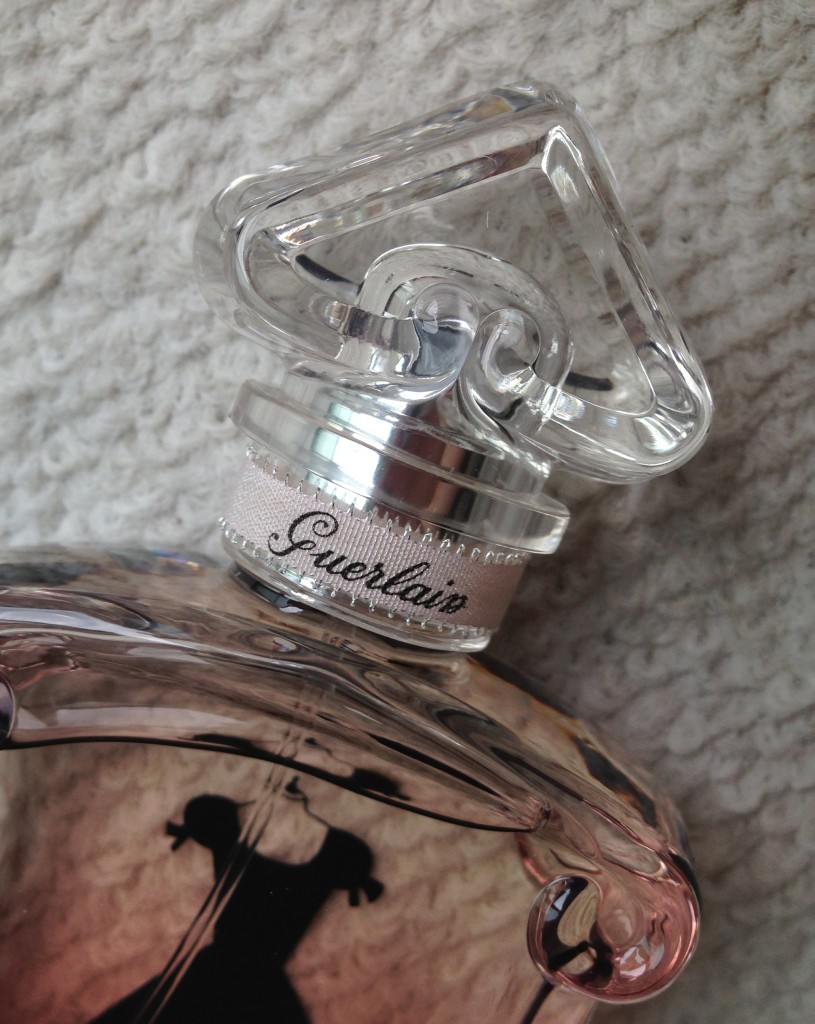 I’m so grateful to Joceyln for sending over this work of art to me!  Fragrances are a very personal choice, you either love it or not.  The style of La Petite Robe Noir is one of a sparkling female, it is energetic and remains quite crisp throughout the day.  Personally, I tend towards warmer, mellower scents, and I wished the rose notes came through more than the berries.  However, I was surprised to find it wore incredibly well throughout the day on me.  The bottle, of course, deserves a place of honor, and fits so snugly in my hands!  I love the tradition and history that a bottle of Guerlain fragrance represents, and am glad to find one in a much more accessible price point available in the market!

Share:
PREVIOUS POST
"Thank you for your love, here’s a bag full of goodies for you!"
NEXT POST
"YSL Beige Gallery & Gris Underground La Laque Coutures"