Happy mani-monday!!  I finally removed my Christmas gel manicure, and am able to get back to regular nail polish swatching and raving!  And to start the year on high note, I am so excited to be able to show you a couple of Estee Lauder Pure Color Envy Nail Lacquers! 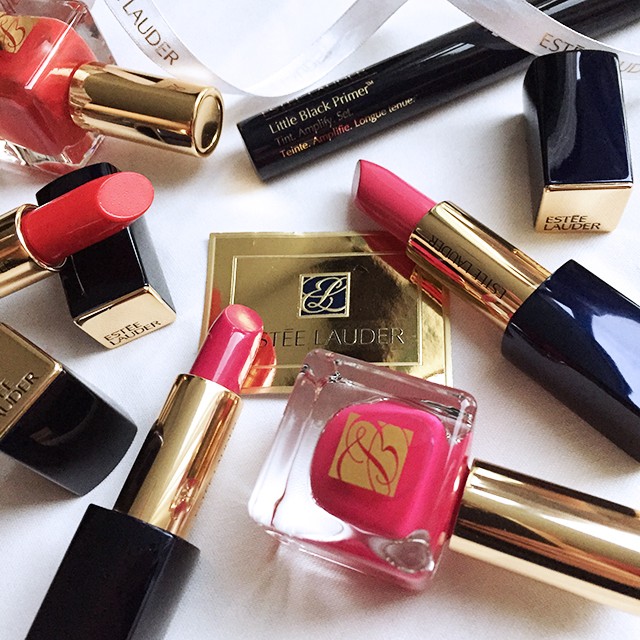 For Spring 2015, Estee Lauder has released 5 limited edition Pure Color Envy Nail Lacquers that are specifically designed to complement the new Pure Color Envy Sculpting Lipsticks (review coming up soon), both to be released in February.  These were actually launched in the US and Europe last Spring, but for some reason they skipped Asia.  Instead, we received the Asia-exclusive Pure Color Envy Shine lipsticks last year, and there will be a big swap happening this year.

Out of the 5 nail lacquers, I received 2 – Dominant and Impassioned. 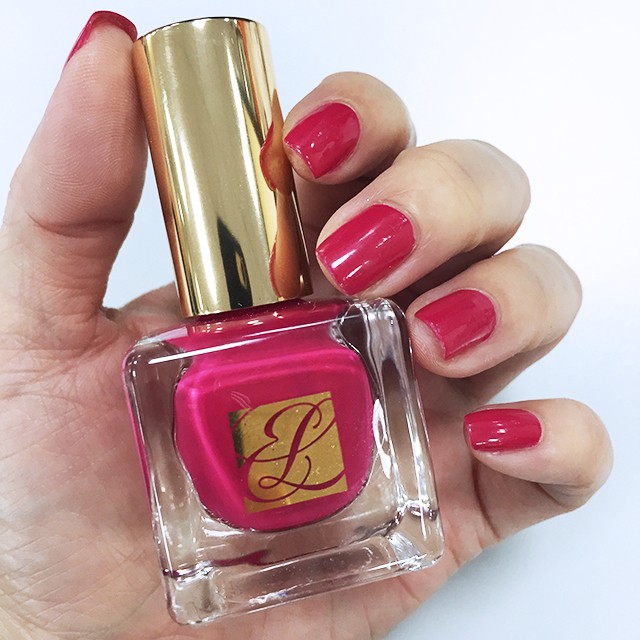 Estee Lauder Pure Color Envy Nail Lacquer in Dominant is a creamy medium-dark fuchsia with noticeable blue-undertones and it pulls cool on me.  It is one of those shades that makes my hands look much fairer; and despite being so-pink, it is a very elegant shade that can be worn to the office and in any season. 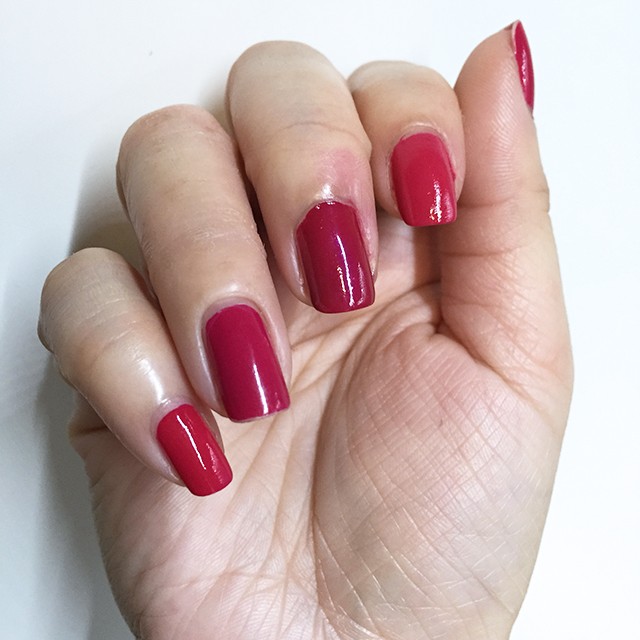 I thought I’d have lots of dupes in my collection, but as it turns out, Dominant is rather unique.  Out of all the hot pinks and fuchsias, the closest I have is Chanel Rouge N. 19 which is much redder and darker.  Both Guerlain 165 Champs Elysee and YSL Rose Babydoll are warmer-toned with less blue in them. 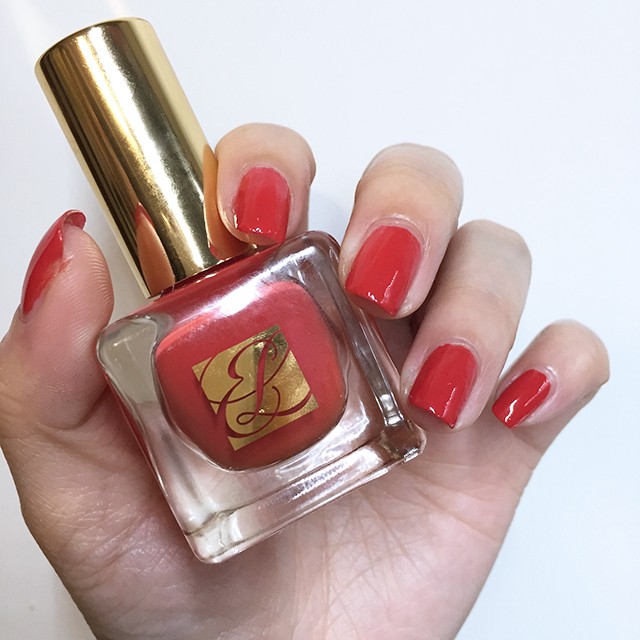 Estee Lauder Pure Color Envy Nail Lacquer in Impassioned is a eye-popping vermillion that manages to stay neutral-toned against my skin tone, and will be fantastic for the upcoming Chinese New Year festivities!  It has more orange in it than traditional reds, but much cooler-toned and redder than oranges.  Impassioned is really a chameleon of a color, playing up its red or orange personalities depending on lighting.  Under low light, it even manages to look a little pink! 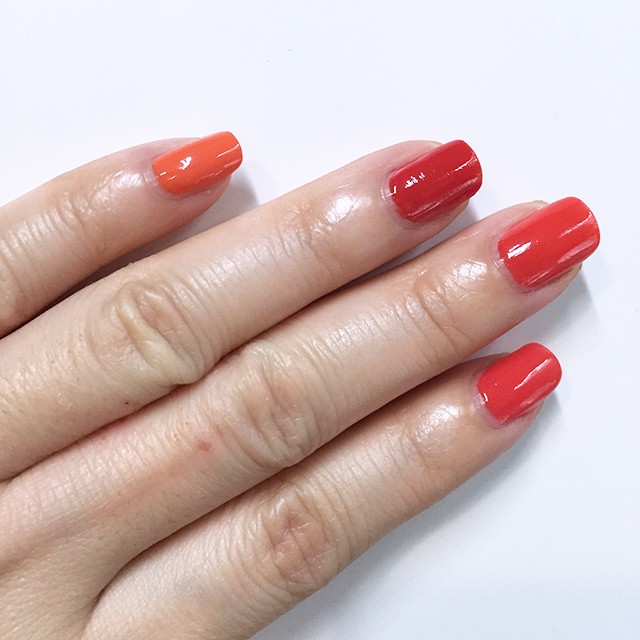 I thought I’d have some chilli-reds in my stash that may be a good dupe for Impassioned,but  my search turned out short.  This little chameleon is rather hard to capture, and for some reason, it threw all the other shades next to it completely off.  If you remember my earlier review of Chanel Mirabella, you’d have seen that it is a cool vermillion but next to Impassioned it is most decidedly orange, and when placed next to Mirabella, Impassioned pulled very red.  Guerlain 143 Nahema and Dior Aventure are both more orange than Impassioned, although much less so than Mirabella.

This is my first time trying out Estee Lauder nail polishes, and I am blown away by this formula!!  The Pure Color Envy Nail Lacquers come with a flat, wide bristled brush that is thinner than Dior and slightly narrower than YSL.  When pressed against the nail, it fans out in a straight line making it more precise but yet the narrower brush head ensures maneuverability. The polish dries very quickly, and is completely opaque in 2 coats.  Most impressively, they could go for 3 whole days without any sign of wearing off at the edges which is unheard of for me as i’m extremely rough and brutal on my nails.

These Spring 2015 limited edition shades will be available at all Estee Lauder counters and boutiques in February.

The products discussed above were provided for my consideration.  The views expressed above are entirely my own unbiased opinions and are not influenced in any way.