When I first laid eyes on Chanel’s Holiday 2015 Vamp Attitude collection, I knew I had to have that stunning Les 4 Ombres Eyeshadow Palette in Signe Particulier. The moment it was out in stores, I went and I got. Along the way, I also picked up both the Rouge Allure lipsticks in La Merveilleuse and Rouge Noir, as well as Levres Scintillantes Glossimer in Etincelle. Maybe you have already seen these in stores or other reviews online, but in case you are still on the fence, I’d like to share my thoughts with you today. 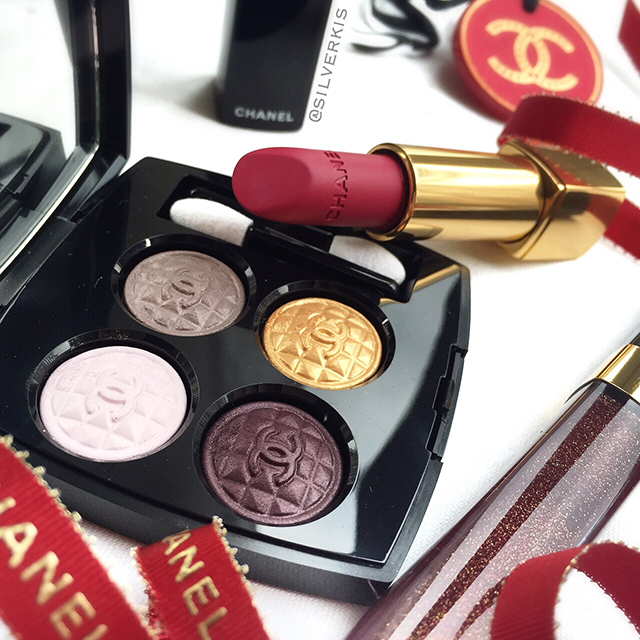 For the past 2 years, Chanel has been releasing a special 5-colour eye shadow palette along with an exquisitely-designed highlighter, so fans (myself included) were perhaps slightly disappointed when Chanel took a different approach this year. All eyes and hopes were on the Les 4 Ombres Signe Particulier, it is after all a stunner with a beautiful quilted embossment on the surface and the interlocking double-Cs.  In the past, Chanel had released palettes bearing the same design with an exceptional formula.  I never had the chance to pick those up and so I can only compare Signe Particulier with the existing Les 4 Ombres palettes. 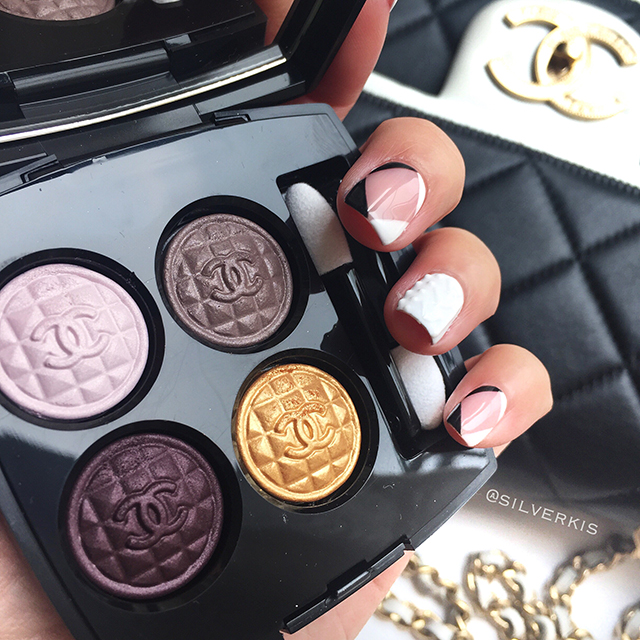 At first sight, Signe Particulier had all the right ingredients to become the season’s “It” palette – the colour mix was fabulous and of course that design is killer.

Having swatched it though, I could not help feeling somewhat disappointed. I have been let down by many of Chanel’s specially designed palettes in the past but this year had been phenomenal in my opinion, and I had really enjoyed both the L’Intemporel de Chanel Eyeshadow Palette [reviewed here] from SS2015 and the Chanel Entrelacs Palette [reviewed here] from FW2015.  And so I had hoped that Signe Particulier would surprise me in a good way, and have been experimenting with it for the past few weeks. 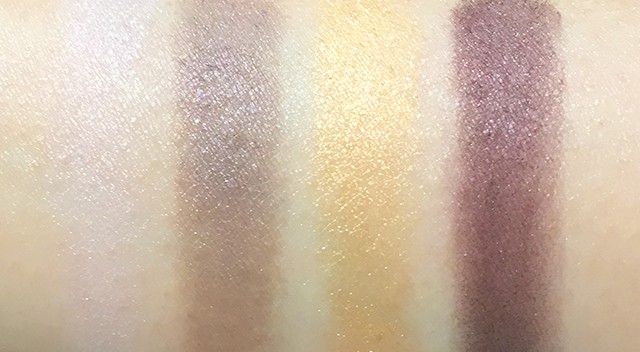 The swatches from left to right correspond to the shades on palette starting from the top left and progressing in a clockwise direction:

Overall, I missed the complex subtle shimmers that Chanel is so good for.  Purples and golds are not unusual around the Christmas season, so it is a pity they did not perform as well as they should.  I experimented with a few different color placements, but ultimately this is the best that I could manage: 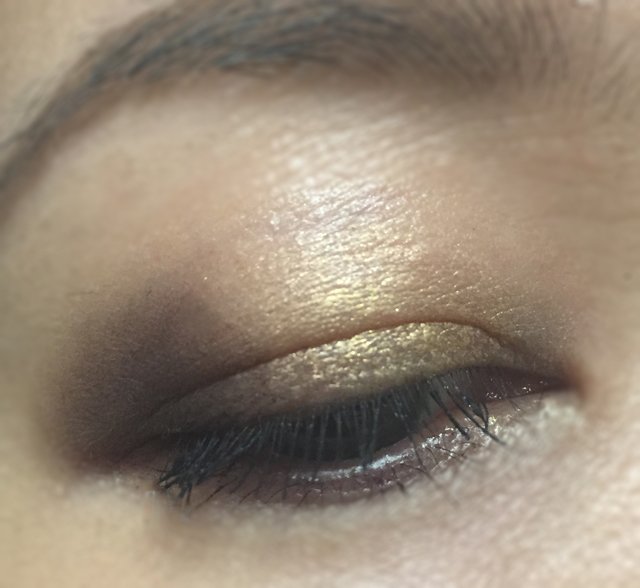 For this eye look, I applied the gold on the inner half of my lid, followed by the dark plummy purple.  I blended in the crease with the medium taupe, and highlighted the inner corner with the pale lavender. 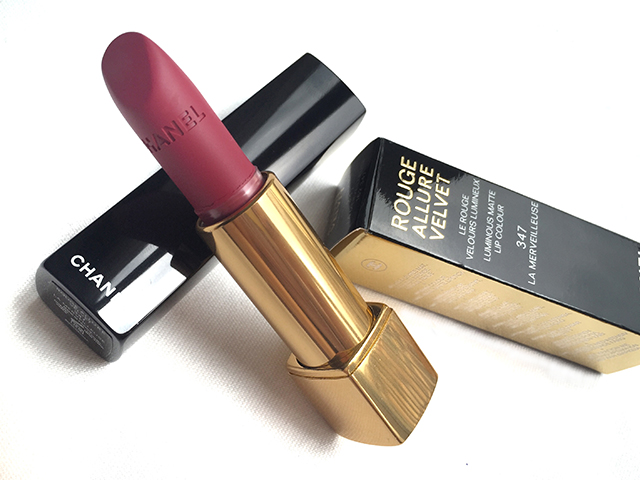 I also picked up a number of lip products from the collection such as the Rouge Allure Velvet La Merveilleuse (347).  Although it looks somewhat muted in the tube, La Merveilleuse appears bright reddened-pink on my lips with a velvety-matte finish. 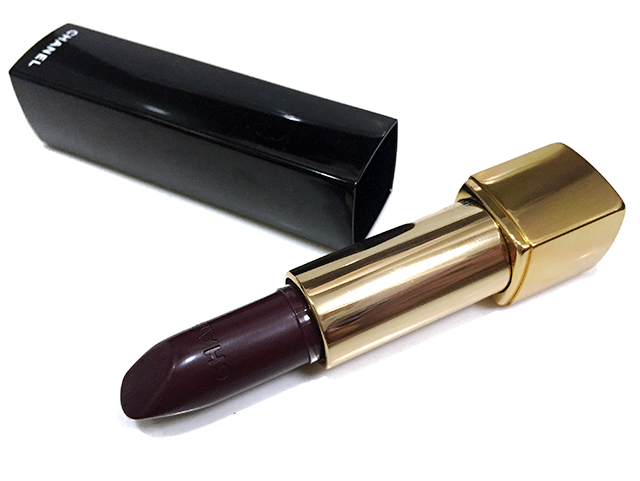 Chanel Rouge Allure Velvet Rouge Noir (109) is a dark cherry red with a blackened edge to it and so has a tendency to pull almost brown.  It is not as intense as it appears in the tube, and when dabbed on the lips gives a very sophisticated stain that is wearable for the day.  As compared to La Merveilleuse, it has a slightly shiny finish and is not completely matte. 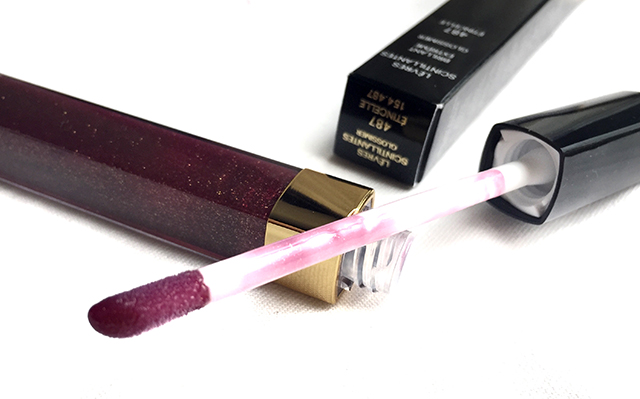 Chanel Levres Scintillantes Glossimer in Etincelle (487) is a bordeaux colored semi-transparent gloss with golden shimmers.  Worn on its own, it gives lips a luscious berry look.  I’m really loving it paired with either of the Rouge Allure lipsticks shown above, and even with 1 of the many pink/purple hued lipsticks that are trending this season!

And here is a combined swatch of all 3 lip products: 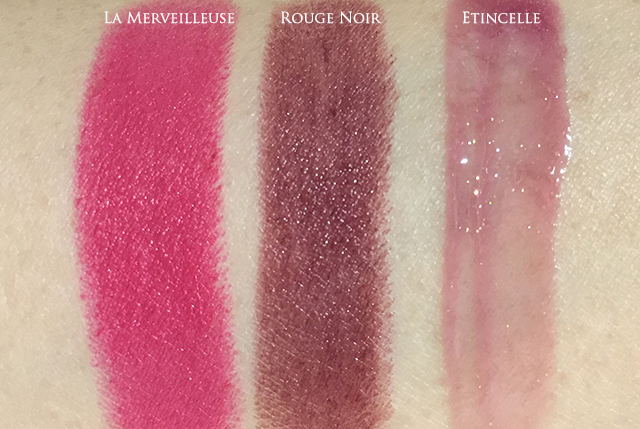 And before I leave you, here’s a final look featuring Signe Particulier on my eyes, Rouge Allure La Merveilleuse and Levres Scintillantes Glossimer Etincelle on lips. 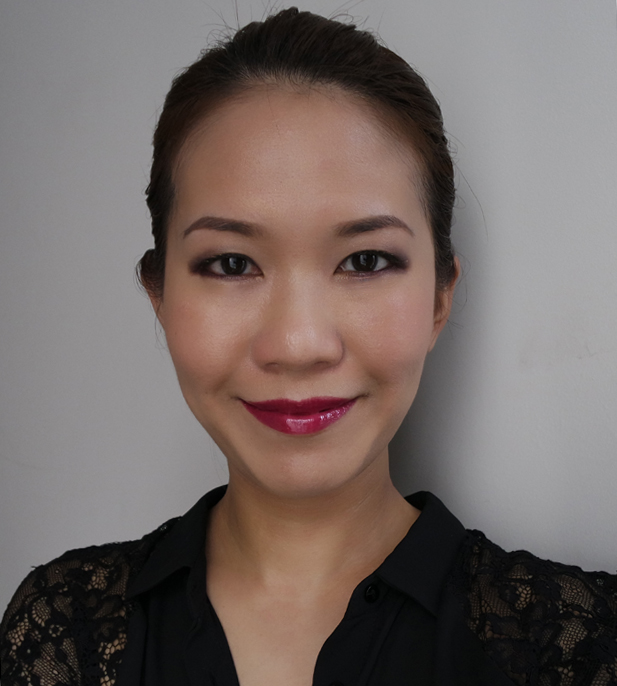 Overall, I think the Les 4 Ombres Signe Particulier eyeshadow palette is one for the collector. However, there is plenty to love from Chanel’s Holiday 2015 Vamp Attitude / Rouge Noir Absolument Collection.  Not least of all the Rouge Allure lipsticks in La Merveilleuse and Rouge Noir, and Levres Scintillantes Glossimer in Etincelle is definitely seeing a lot of action this season.  There are also many more that I had reviewed in 2 earlier posts here and here!  This is an extensive collection, and even if it lacked an elaborately designed highlighter or a strong eyeshadow palette, Chanel makes up for it with lots of wonderful choices.

Have you picked up anything from this collection yet?