I think 2016 is going to turn out to be the year for cushions… and even in a rapidly crowding market place, I can’t help but stop and take a good look at the stunning new Belif Moisture Bomb Cushion! 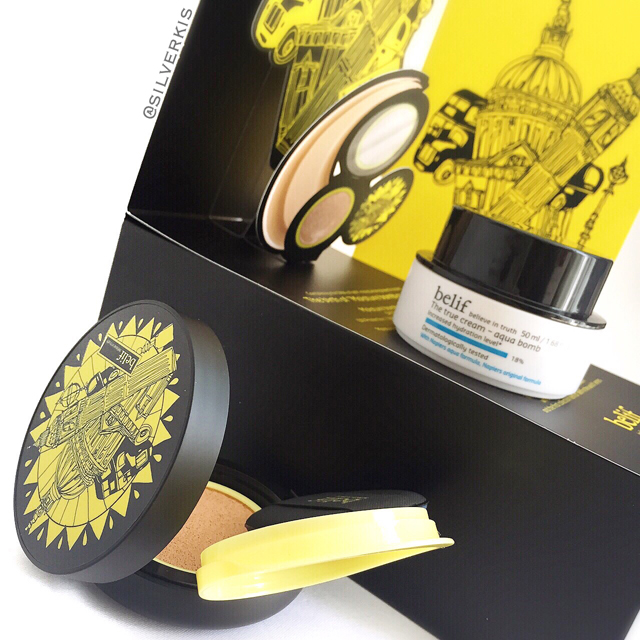 If you have not heard of Belif, it may help to think of it as the Korean equivalent of Kiehl’s.  The brand is part of the LG Household & Health Care Ltd. group, which is the 2nd largest cosmetics company in South Korea after Amore Pacific, and owns other brands such as The History of Whoo, The Face Shop, Philosophy, VDL, etc.  Belif was conceived from the herbal recipes and philosophy of Duncan Napier, a respected botanist and herbalist who opened the first herbal shop and clinic in Edinburgh, Scotland, U.K. in 1860.  Their products place special emphasis on herbal ingredients, and are free from nasties (mineral oil, synthetic preservatives, synthetic dyes, synthetic fragrances and animal origin ingredients). 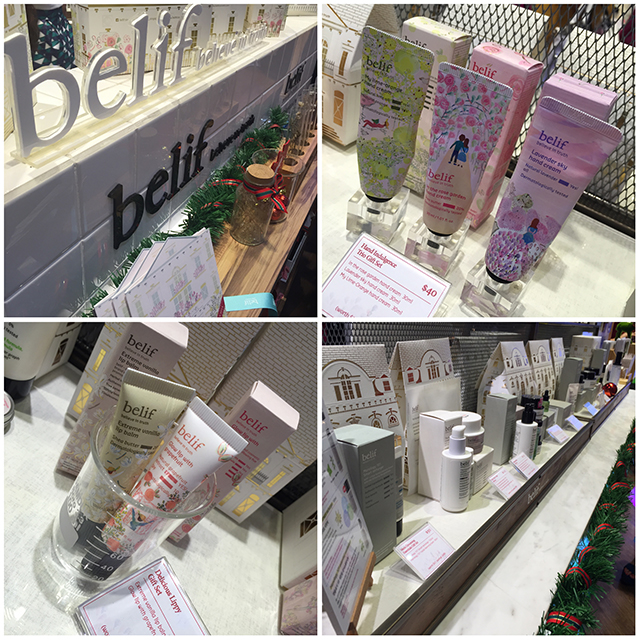 One of Belif’s most popular product is The True Cream Aqua Bomb, which promises to keep skin moisturized for up to 26 hours.  It contains Comfrey Leaf Extract which is high in allantoin, and is able to protect the skin and promote new skin cell growth.  And now, building upon the success of the Aqua Bomb, Belif has launched its first ever makeup product – Belif Moisture Bomb Cushion. 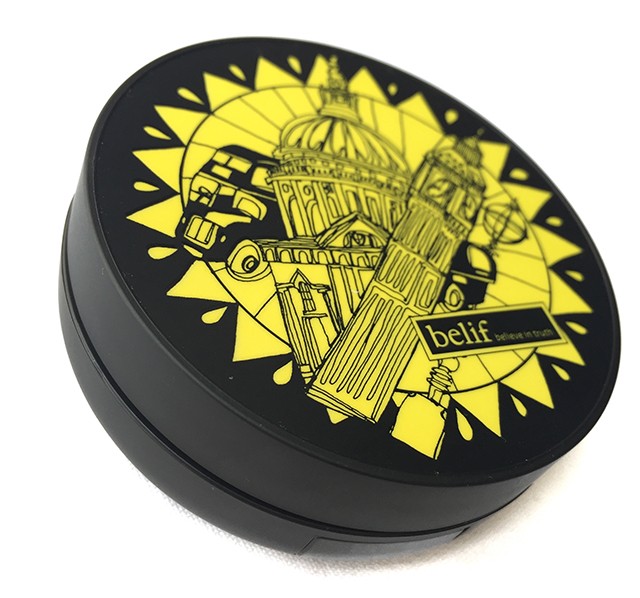 Similar to most other cushions in the market, Belif Moisture Bomb Cushion comes in a round plastic case with a snap-open top cover that contains a mirror on the underside.  The moist cushion containing the foundation is protected by a snug swing lid to prevent the product from evaporating.  And the usual flat rubberized sponge lies atop the swing lid.  I generally do not like using these sponges for applying my cushion foundations, and prefer instead to use my own beautyblender or foundation brush.  Nonetheless, these are handy for spot touch-ups when on the go. 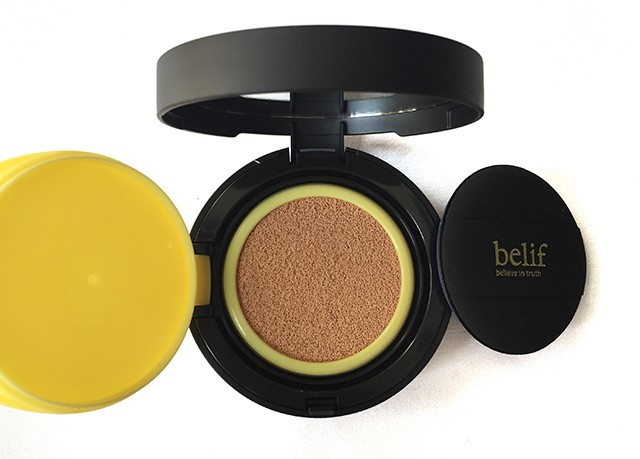 Belif Moisture Bomb Cushion contains the same comfrey leaf extract that is featured in the Aqua Bomb which was the inspiration for this cushion.  And similar to the Aqua Bomb, the Moisture Bomb Cushion boasts of 26 hour comfort, although I cannot imagine keeping any makeup on my face for more than a full day.  The point of course, is this cushion foundation is meant to be long-lasting and perfectly comfortable throughout wear.  In addition, the cushion contains SPF50+ PA++ sun protection, and hence has anti-aging benefits. 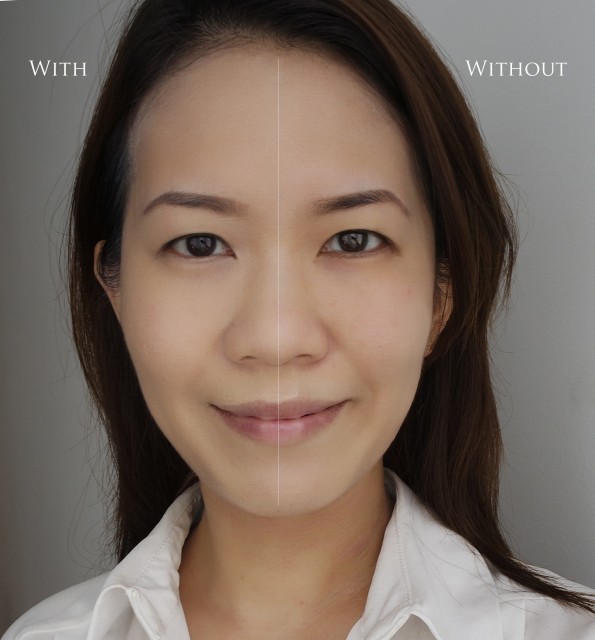 True to its claim, I found Belif Moisture Bomb Cushion to be very moisturizing on my dry skin, and despite being such a creamy cushion, it manages to stay on my skin without creasing / fading / oxidizing throughout my day.  It feels lightweight on my skin, but has a surprisingly good level of coverage for a cushion effectively covering up my undereye dark circles and redness around my nose (so much so it left the side of my hair line stained because I was in a rush and wasn’t being careful).  The finish is very skin-like, though dewier than I generally prefer, but stays just clear of being overly shiny to be mistaken for oily.  And even after an afternoon outside, I did not find it growing more shiny than to start with.  Nonetheless, I prefer to set with a light dusting of loose powder just to be safe.

I really like the chic black packaging with the bright yellow illustration on the cover.  This was designed by New York-based illustrator Olivia, and is the first of the “Belif In The World”   series.  I like the slightly higher coverage provided by this cushion, and the moisturizing formula should be really good for those with dry/dehydrated skin.  The new Belif Moisture Bomb Cushion retails for SGD55 and comes with 15gm of product plus a refill!  Available now in all Belif stores.