This is a slightly delayed post, which I had initially planned to start the week with, but it just didn’t seem fit yesterday.  So, let me tantalize you today with something fun from Anna Sui! Anna Sui cosmetics collection is known for its whimsical packaging, very much in line with the main fashion brand by the New York-based designer.  However the cosmetics line is entirely made in Japan, and is inspired by Japanese makeup trends.  One of the obsessions of us Asians is finding that perfect waterproof mascara that helps to curl our stubborn Asian lashes and stays completely bullet-proof in our humid climates.  And I think Anna Sui may have hit the golden jack-pot at last with its Mascara Primer & Top Coat, and Length & Separation Mascara! 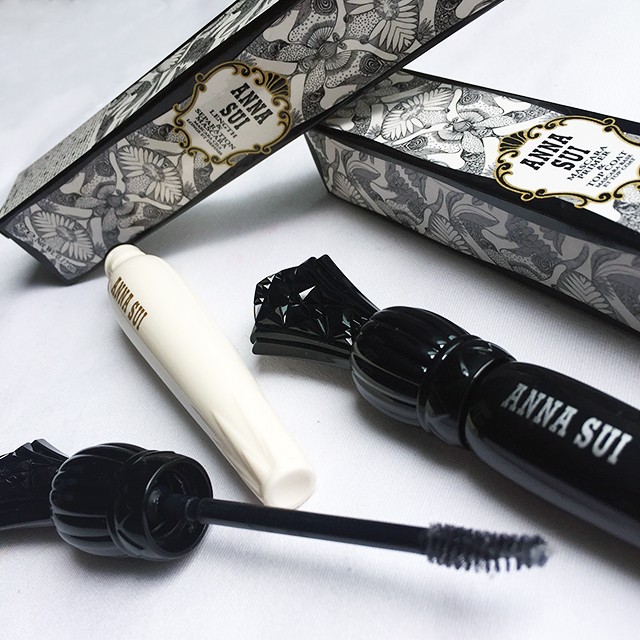 The new Anna Sui Mascara Primer & Top Coat is a 2-in-1 lash product that may be used before mascara as a lash primer, and afterwards to seal in the mascara.  The only such product that I have used before this is the Estee Lauder Little Black Primer (reviewed here), which could also be used before and after mascara.  Both brush heads are small and slim, but the Anna Sui one is even smaller, approximately half the length of a regular mascara brush.  This small size allows for maximum maneuverability to ensure every single lash surface is properly coated. 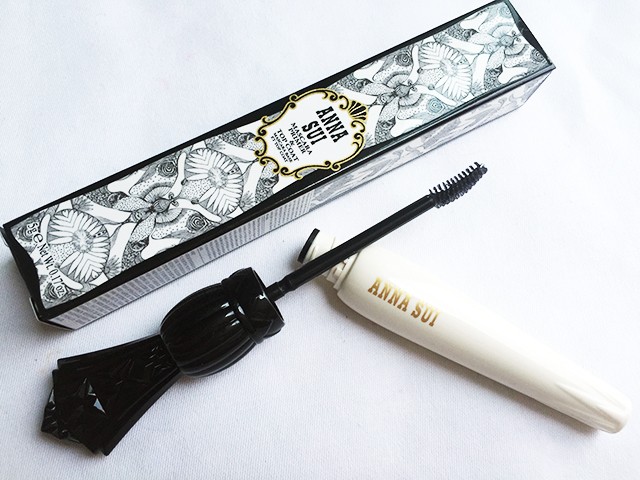 Unlike Estee Lauder’s version, Anna Sui’s Mascara Primer & Top Coat is clear, so it works well with any hair color.  However, do not apply too much as it does build up and may turn dark lashes white. 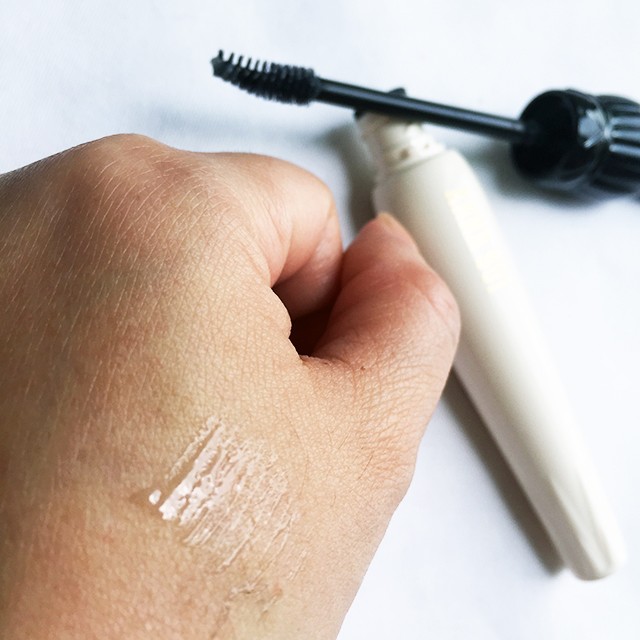 This is a gel-like formula, and helps to hold a curl as well as prevent mascara from smudging.  As I don’t have a habit of curling my lashes (because *lazy*), I don’t really expect to see anything, but I still noticed some slight lifting of my lashes with just 1 coat of the Anna Sui Mascara Primer & Top Coat.  It does not contain any fibers for lengthening, nor does it volumnize… but what it does, and does exceeding well, is to turn even the most easily smudged mascara into a bullet-proof formula!  Whenever I wear this as a top coat, I can practically go into a steam room, swim underwater, and still emerge with my mascara intact!  On the flip side, it does take a bit more work to remove completely, a waterproof eye makeup remover is a must. 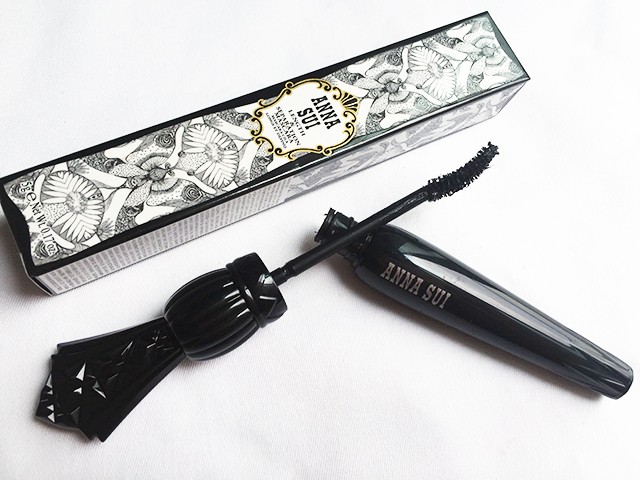 There are 2 new mascaras released together with the primer – Curl & Volume, and Length & Separation.  The one I have here is the Anna Sui Length & Separation Mascara.  It comes with a curved wand, which is fairly sleek and combs through my short, straight, downward-pointing lashes easily without poking onto my freshly-made lids or worse, my own eyeballs.  On first use, I was slightly underwhelmed as I thought it didn’t do very much for my lashes.  That is because the formula is fairly thin, and does not clump my lashes to volumnize them. That is a great thing for us without much lashes to begin with!  Instead, the mascara contains tiny little fibers that coat each lash to magically add length and volume.  The problem with most other mascaras containing fibers is that they tend to clump too much, but Anna Sui’s formula is still thin enough to be layered and built-up to create really lovely peepers without weighing down the lashes!  I also love that it is really glossy black to add more definition to my wispy strands! 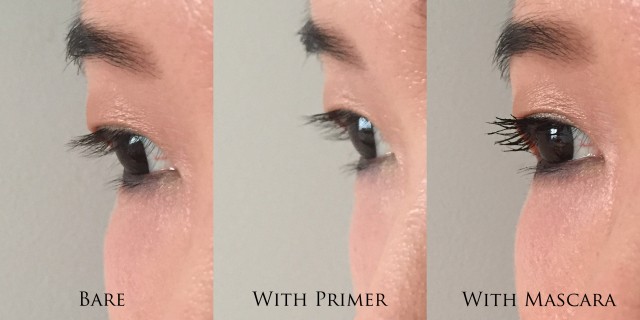 As you can see from the comparison photos above, the mascara primer on its own is translucent and does nothing that is immediately visible.  However, with just 2 coats of mascara, I have managed to define my lashes sufficiently.  And if necessary, it may be built up even more!

Overall, I’m really very impressed with the strong hold of the Anna Sui Mascara Primer & Top Coat, and the lengthening ability of the Length & Separation Mascara.  I also really love the design of the tube which reminds me of ancient oriental hair pins, and the flattened shape makes it easy to grip the brush!

Have you tried anything from Anna Sui before?  If so, what are your favorites?

This post features products that were sent to me for my consideration.  Regardless, all views expressed here are my own honest, unbiased opinions, and are not influenced by monetary consideration.