YSL has a way of producing limited edition palettes that are the stuff of dreams. For Summer 2014, YSL has released the Bleus Lumiere palette. This is the first of the brand’s wildly anticipated new quint formula, and I’ve been itching to dip my fingers in them. 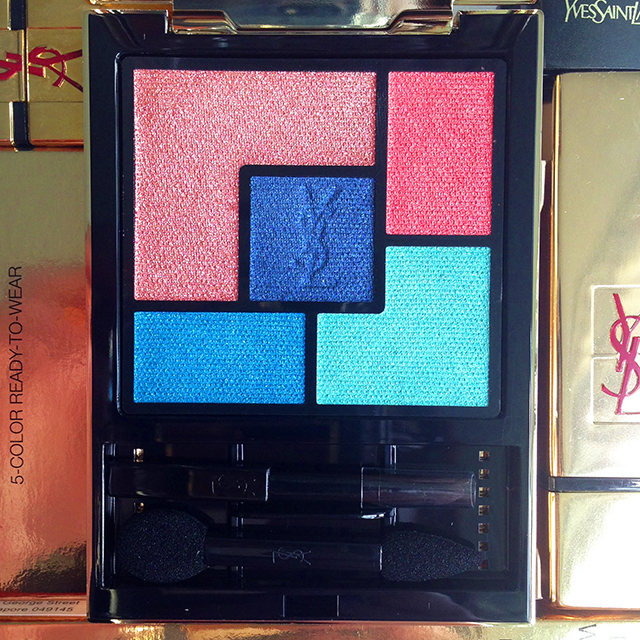 Inspired by the various hues of the sea and glowing warmth of summer beaches, Bleus Lumiere features 3 varying shades of blue and 2 different corals. 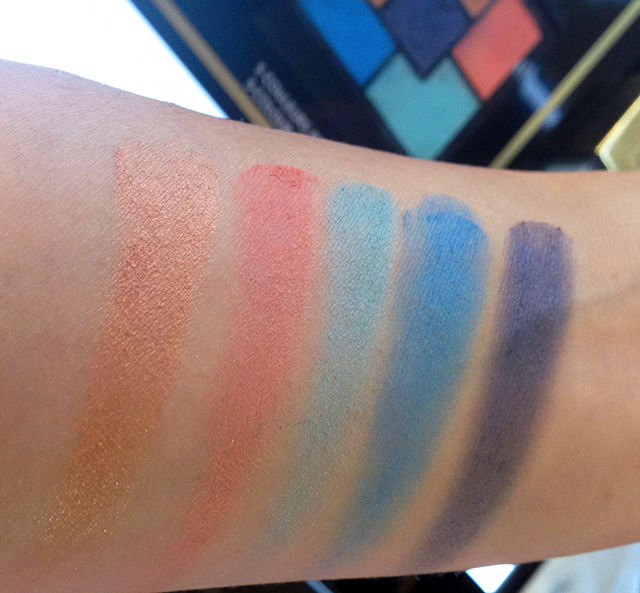 Swatched clockwise from top left (ending with the middle shade):
• Medium coral with a shimmery finish that is quite warm on me and leans towards copper
• Medium salmon pink with a satin finish which is also warm
• Light turqouis with a shimmery finish, which is really quite pigmented for a light shade of this sort
• Medium blue with a matte finish, it reminds me most of the pool
• Dark navy blue with a matte finish, which leans slightly cool on me

One of my biggest problems with YSL eyeshadow palettes in the past was the lack of color intensity and pigmentation. Even though the Pure Chromatics were designed to be used wet and dry, I found that to be an additional hassle that did not produce satisfactory results. However, the new YSL Couture Palettes completely break the old tradition, and pack some awesome color punches whilst still maintaining some lovely silky textures! These will also replace the existing Pure Chromatics quads, and are expected to be launched end of May.

I was excited to try these for myself, and tried my best to incorporate as many shades as I possibly could in 1 EOTD (I only managed to use 4 satisfactorily…): 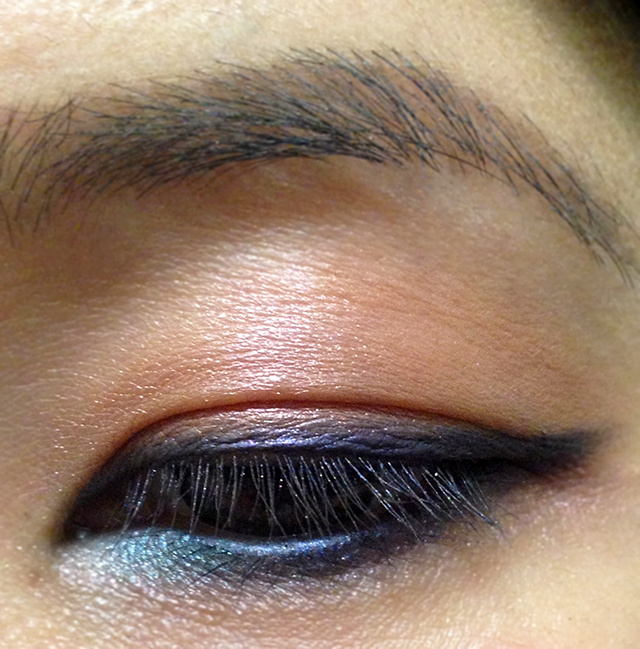 I applied the shimmery coral shade all over the lid, and added the medium salmon in the crease.  Then I lined both upper and lower lash lines with the center navy blue, and dabbed on the turquoise in the lower inner corner. 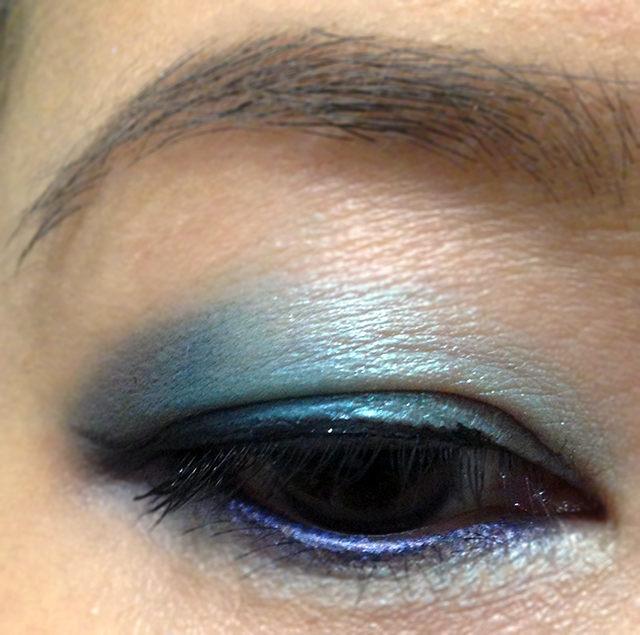 And because I really wanted to experiment with using just the blues for a particular blue-loving friend of mine… here is a true blue EOTD! The shimmery turqouis blended with the other 2 blues gave a resultant look that is reminiscent of Tom Ford’s Emerald Lust (reviewed here)!  There is an iridescent quality to this EOTD which is sadly not captured on this picture, but it really does give a shimmery depth to the look.

Have you tried the new YSL Couture Palette and/or this Bleus Lumiere?