Tom Ford Spring 2015 has begun popping up in stores and online in some locations worldwide. I had previously swatched everything here, please feel free to hop over for an introduction on the collection. For this post, I will be focusing on Tom Ford Eye Color Duo in Ripe Plum and the Extreme Mascara in Black Plum. 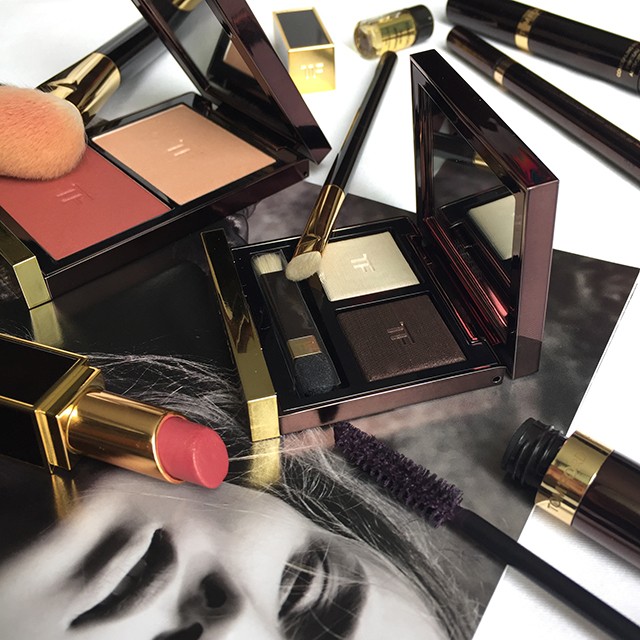 Tom Ford Eye Color Duo in Ripe Plum is a pair of powder eyeshadows in the new wet-and-dry formula. It consists of an opaline pink with a semi-sheer base, and a dark plummy brown. When layered together, the duo forms an iridescent metallic coppery plum. 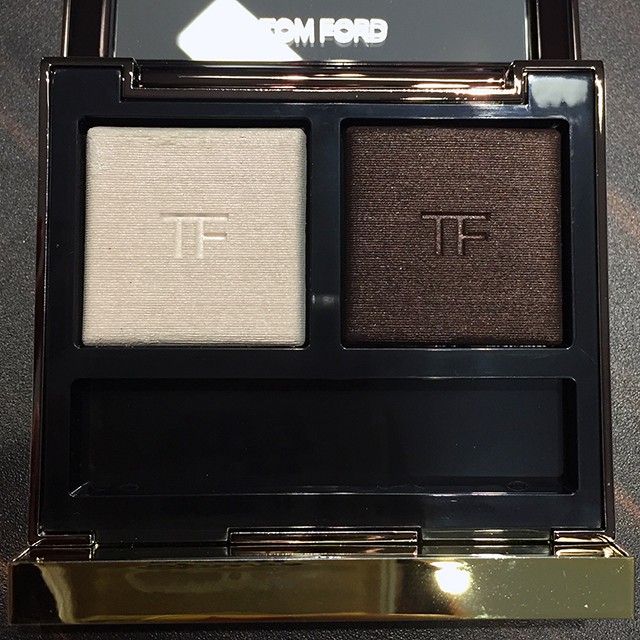 Here are the swatches from left to right: – opaline pink, plummy brown, layered. 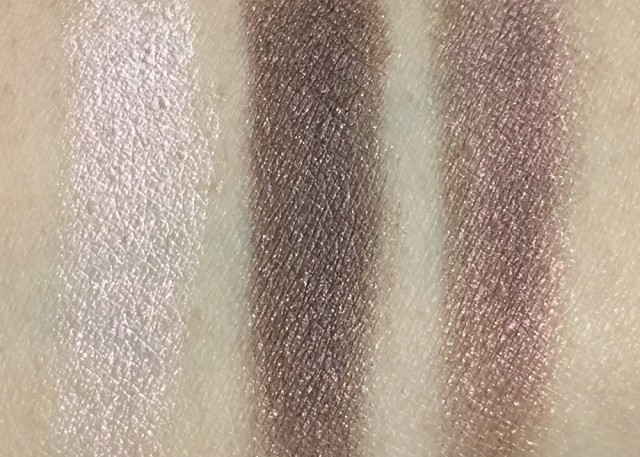 Upon first swatch, Ripe Plum felt markedly different from Crushed Indigo as it was softer and swatched much more smoothly. The difference in quality was even more obvious when worn on my lids.  Here is an eye look created with Ripe Plum used dry. 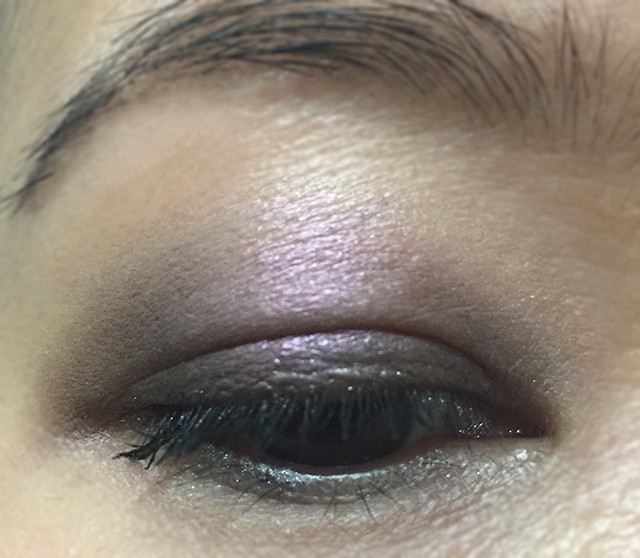 And here is another look with Ripe Plum applied with a damp brush. 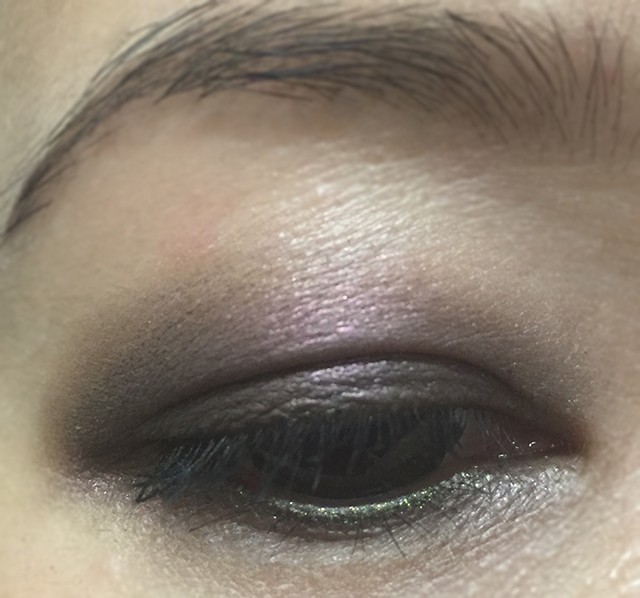 As you can see, there is very little observable difference between wet and dry application of Ripe Plum. This is very good news for me as I am always rushed for time and don’t have a habit of applying my eyeshadows wet. Ripe Plum also lasted me all day both with or without a primer, and did not crease nor fade on my lids. This is the kind of quality that I have come to expect from Tom Ford! Ripe Plum’s ability to stay budge-proof made it suitable for a different kind of wear that I was not able to do with Crushed Indigo – opaline pink all over the lid for an “invisible shimmer” to brighten, and the plummy brown close to the lash line as a sort of smudged liner all around the rims of the eyes. 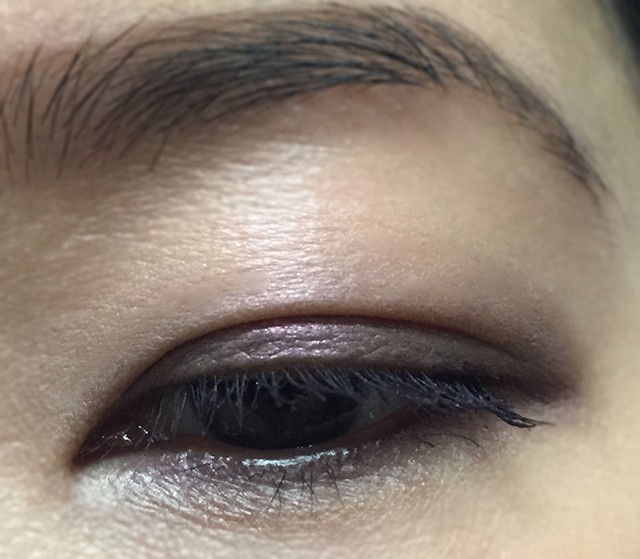 This is a much softer way of wearing the shades instead of full-on smokey, and is really idiot-proof for those blurry eyed mornings, no blending needed! And for me, it helps define my otherwise tiny eyes and brings more focus to my face, while still remaining quite fresh-looking and day-appropriate.

Tom Ford Eye Color Duo in Ripe Plum really stood out to me when I first met these duos. However, when presented with the option of choosing only 1, Ripe Plum felt the most dupeable of the 3. And certainly, if you owned as many Tom Ford Eye Color Quads as I do, you will invariably have quite a number of plummy browns / brownish-purples.

The darker shade in Ripe Plum when worn on its own is actually more of a brown with a slight shimmery finish over a satin base. It straddles the purple-brown divide nicely as you can see – not quite as brown as Golden Mink, nor as plummy as Enchanted. I was surprised when it turned out quite similar to Nude Dip as it did not look that way in the pan.

Whilst I have a very soft spot for a good plummy brown, the more exciting shade in Ripe Plum is actually the opaline pink. It appears white in the pan, but actually turns out pink on the skin. As you can see from the swatch comparisons above, it is rather cool-toned, almost neon, and it is semi-sheer. The color flashes out when light is reflected, and it is very fine. In contrast, Enchanted is not as pink, and packs more shimmers. Lavender Lust is actually a glitter shade with a translucent base, it is chunkier and contains less color pigment.

I also wanted to take a bit of time to review the Tom Ford Extreme Mascara in Black Plum. This is 1 of 2 limited edition shades for this Spring 2015 collection. However, this is the first time I have tried Tom Ford’s Extreme Mascara formula, and my very first reaction upon applying it on my lashes was quite simply, WOW! 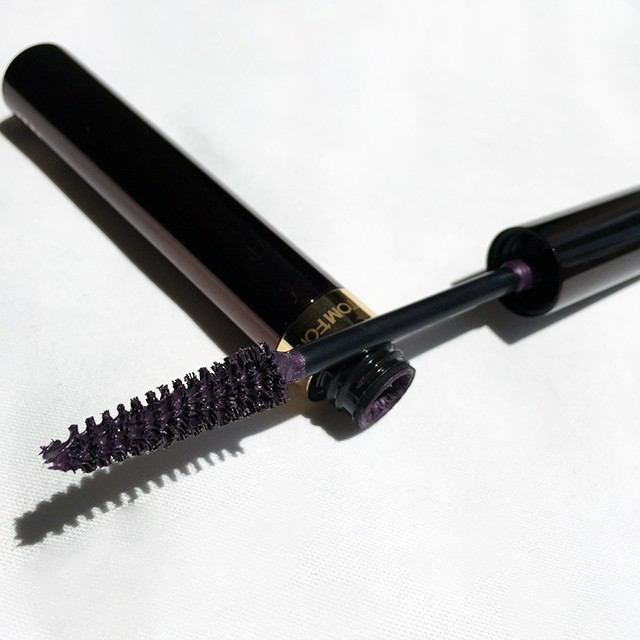 The brush is quite large, possibly one of the largest I have ever used. It is shaped like a cone, narrower at the tip and much fatter at the bottom. On my small eyes, it does feel a little overwhelming initially, but the tapered front made it much more adaptable. After getting used to the brush, I’m really loving the fatter base as it grabs my lashes and extends them to infinity and beyond! 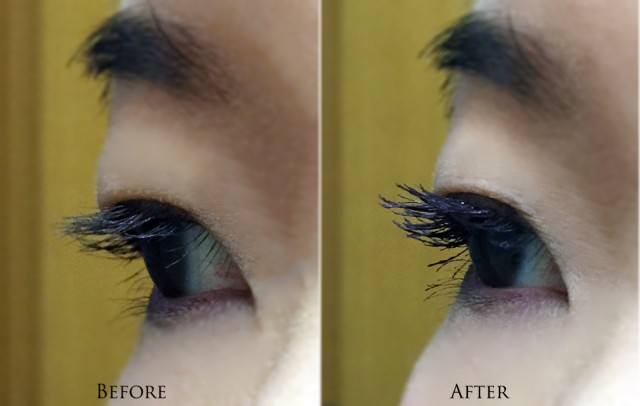 The formula does not clump, but it does provide nice definition to my otherwise insignificant lashes. It lifts my lashes well regardless of how many coats I apply.  Black Plum is a dark purple that matches the Eye Color Duo in Ripe Plum well. The color shows up well on my black lashes even with just 1 coat (I’ve had a lot of difficulty getting colored mascaras from other brands to show up in the past, so this is another wow factor for me). Tom Ford Extreme Mascara in Black Plum stayed on all day and did not smudge. It is certainly a luxury item at SGD65 each, and I’m happy to find that it does not disappoint in the least.

And before I go, here is a complete look featuring Ripe Plum on the lids and Black Plum on lashes! 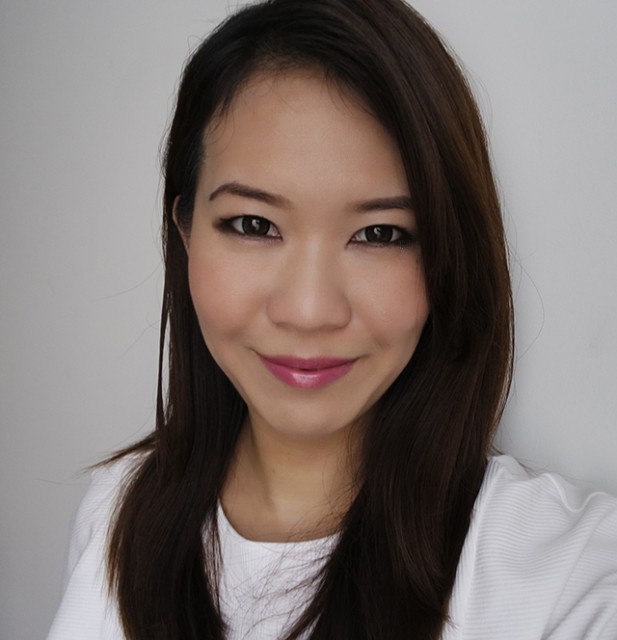 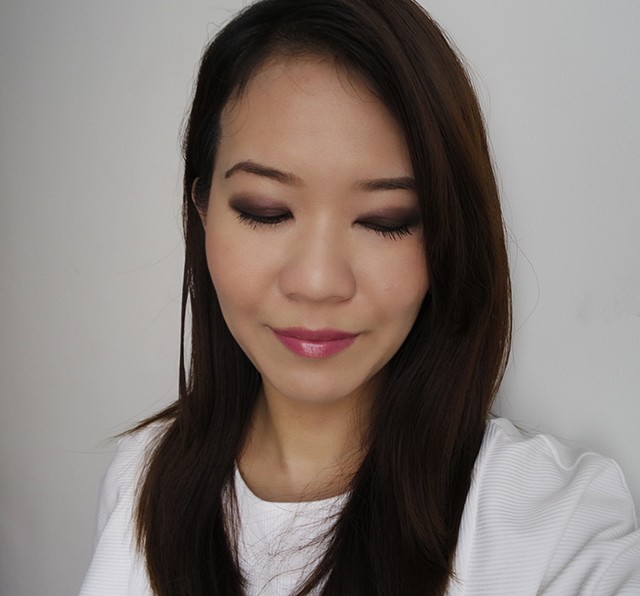 Overall, Tom Ford Eye Color Duo in Ripe Plum far exceeded Crushed Indigo [reviewed here] in terms of quality, and it is exactly what I had expected from Tom Ford. It may be slightly dupeable, but the ability to wear it wet and the beautiful opalescent 3-dimensional look when layered makes this a real stunner. I have also reviewed Raw Jade Eye Color Duo here, and comparatively, Ripe Plum is the best of the lot in terms of quality.  Tom Ford Extreme Mascara in Black Plum is a fun colored addition to an otherwise spectacular mascara formula. Go ahead and splurge, if for no other reason, do it in the name of saint valentine’s!

This post featured products that were provided for my consideration by Estee Lauder Singapore. Regardless, all the views expressed above are my own honest, unbiased opinions, and are not influenced in any way.