This Fall, Tom Ford is determined to get us dressed in the most intimate way possible.  Apart from the immaculate complexion [aided by this and this], the body is also enveloped in the sultry fragrance of Tom Ford Noir Pour Femme. 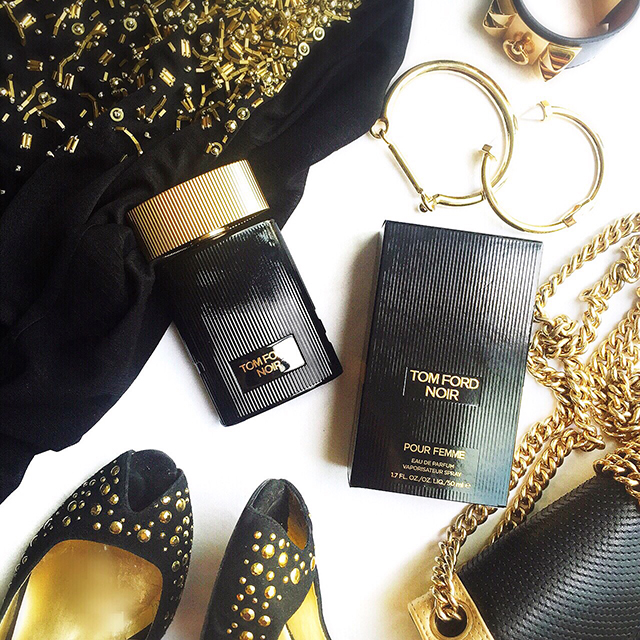 Tom Ford Noir Pour Femme is the latest flanker to Tom Ford Noir, the latter originally released in 2012.  It is notable because it is the first time the brand has released a fragrance specially concocted for women.  There are others that are distinctly feminine or male, but none have ever been labeled as such, and even the most sweet and floral of them have male fans and vice versa. 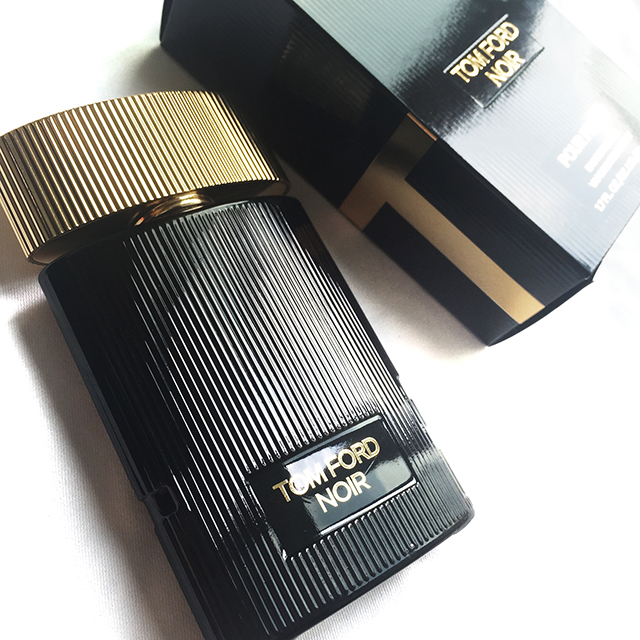 The bottle itself bears a classic sleek, minimalistic design that looks equally attractive on a lady’s vanity or a man’s bathroom shelf.  The accordion-like rivulets that adorn the surface of the bottle and cap is similar to the original Tom Ford Noir, but the flattened oval shape and gold cap gives this Pour Femme a more sensual appeal.  In my hands, it reminds me of Tom Ford Black Orchid [reviewed here], which was my first love from the Tom Ford fragrance family. 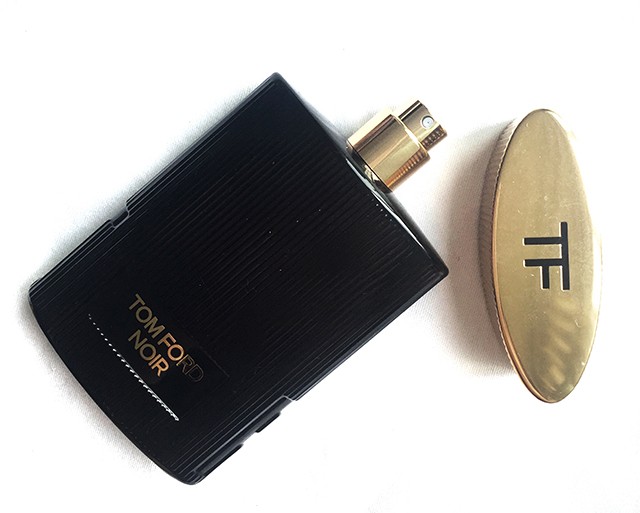 Similar to my experience with Black Orchid, Tom Ford Noir Pour Femme may be a little overpowering for the uninitiated.  Getting the right dosage is essential… this is a strong precious brew so one spritz is sufficient to start.  It opens with a burst of Citrus tampered with spicy Ginger.  There is no mistaking the signature heart of Tom Ford Noir, that spicy oriental flavour filled with Spice and Indian Kulfi accord.  Amber and Sandalwood enhances the exoticism of the orient, and warms up the fragrance.

As the initial bold wave settles down, a floral bouquet starts to bloom.  Jasmine provides the creamy sweetness that bolsters the oriental exoticism.  Rose Absolute gives the bouquet more body, and Orange flower sweetens the entire experience.  It is the femme fatale at the height of her prowess, confident and bold, unabashedly feminine.  Vanilla further smoothens the blend, and lends it a slight gourmand taste.

The dry down is long and sustained, lasting for most of the day, fading gently and uniformly. Despite the name, there is enough spiciness in Tom Ford Noir Pour Femme to appeal both to men and women.  I’ve gone back and forth comparing this with Black Orchid, and the similarities are obvious in the opening few minutes.  However, Tom Ford Noir Pour Femme settles down much more sweetly and lacks the smokey flavour, making this a lovely alternative for admirers of Black Orchid who find it just too much for daily wear.

I’ve also had a little taste of the original Tom Ford Noir, as well as the other new flanker – Tom Ford Noir Extreme.  Pour Femme is quite a different character from the original… and when you juxtapose the 2, it is distinctly more feminine.  On the other hand, Extreme feels like an amped up Pour Femme, slightly less sweet but warmer with spices like Nutmeg, Cardamom and Saffron.

There is plenty to discover this Fall, as soon as you are ready to dress in warmer scents.  The good news for Tom Ford die-hards is that the new Tom Ford Noir Pour Femme is available in a smaller 30ml which is slightly easier on the wallet, and also frees up room for more.

This post featured a product that was provided for my consideration.  Regardless, all opinions expressed here are my own honest, unbiased views.