Happy Friday!  This is my last Friday before returning to the office proper, so let’s make this one count, shall we?  It was tough deciding on shades from the recent Tom Ford Lips & Boys 2015 release, so I went with my gut and picked a handful of shades that looked most unique and called out to me – Kingston, Malik, Eric, Theo, Jay! 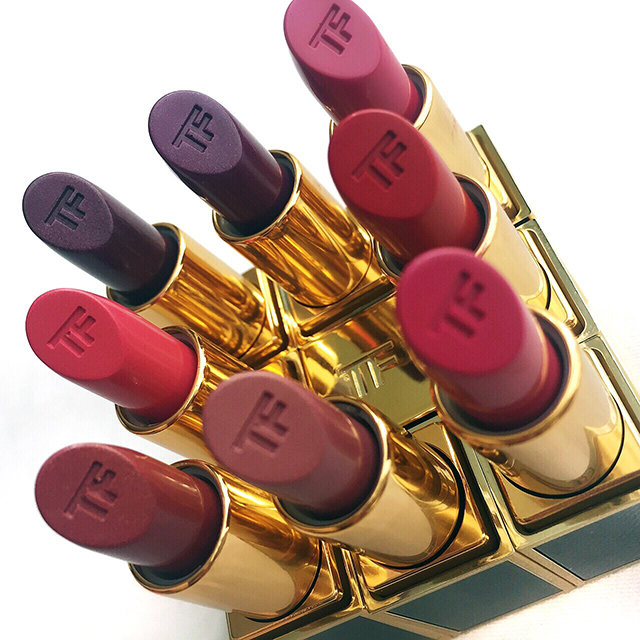 Last November, Tom Ford released 25 new shades of clutch-sized lipsticks named after significant boys in his life.  Unlike the 2014 releases, the new shades all featured a metallic finish and were designed to be worn either on their own or layered with each other.  I had swatched all the shades here previously, but as we all know, lipsticks seldom appear the same on the lips as on the arm.  So, here are the lip swatches of 5 that I have picked out: 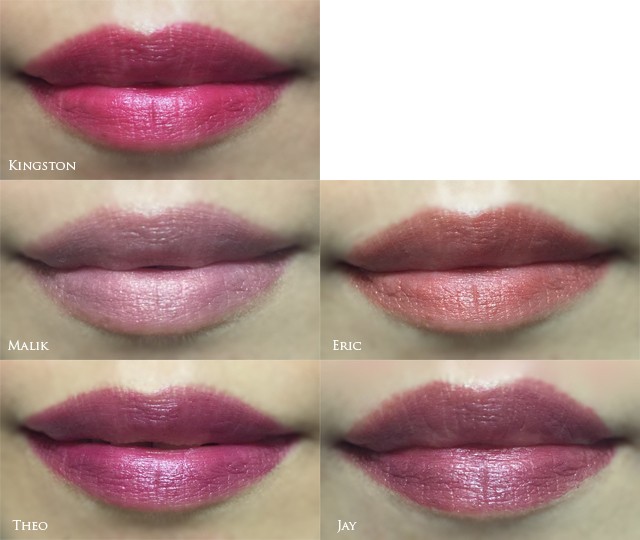 A couple of observations to note…

I tried to pick out shades from a variety of color families, but of course I naturally gravitated to those that complement my skin tone better.  Here are the full makeup looks to give you an idea of how the boys really appear: 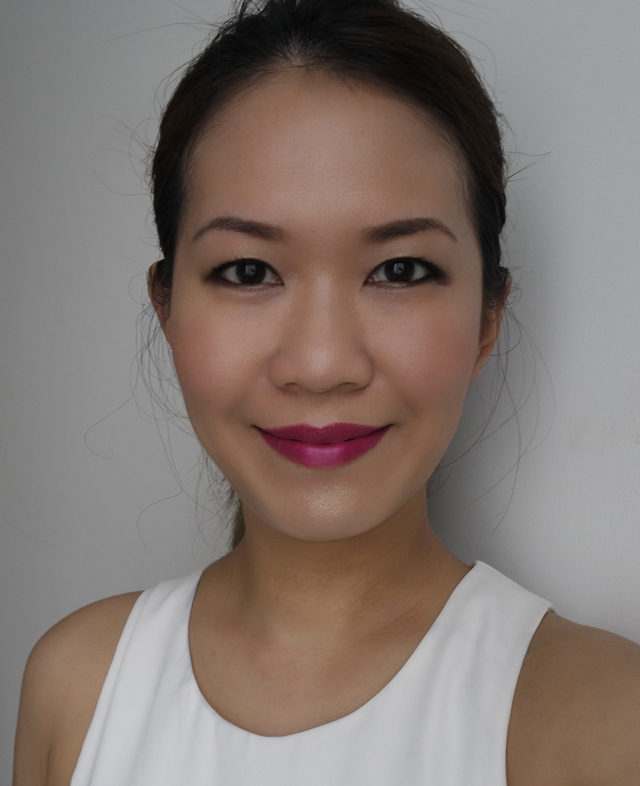 Tom Ford Lips & Boys Kingston belongs to the Metallic Pinks family, and is the most vivid out of all the shades that I picked out.  It is a cool-toned, brightened fuchsia with a lighter pink/purple micro shimmer.  Kingston is also the most opaque out of the lot, and the least shimmery. 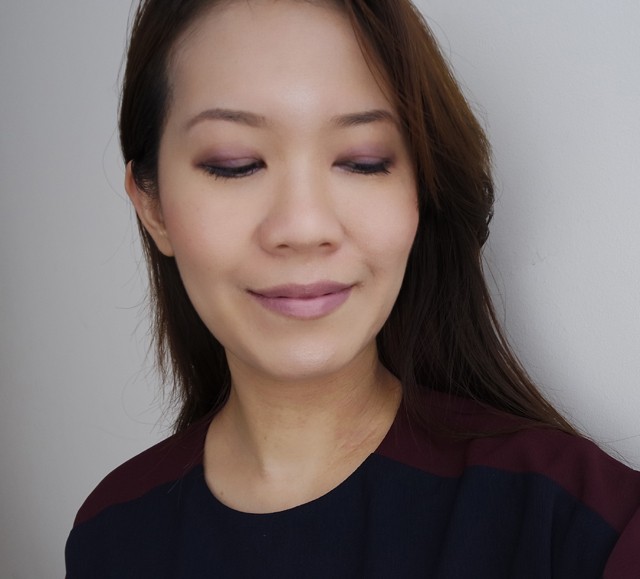 Tom Ford Lips & Boys Malik belongs to the Metallic Violets family, and is one of the more muted shades that I picked out.  It is a muted mauve that pulls purple-y with hints of gold and pink shimmers that gives the overall shade an almost frosty finish.  This was not a shade that I was particularly drawn to initially, but I wanted to push my comfort zone and experiment with something new.  Unfortunately, the result is as I had intuitively known, the muted mauve shade made me look somewhat washed out, and it is best paired with bolder eye makeup.  It does seem to pull more rose on others though, as Sara demonstrates so beautifully here. 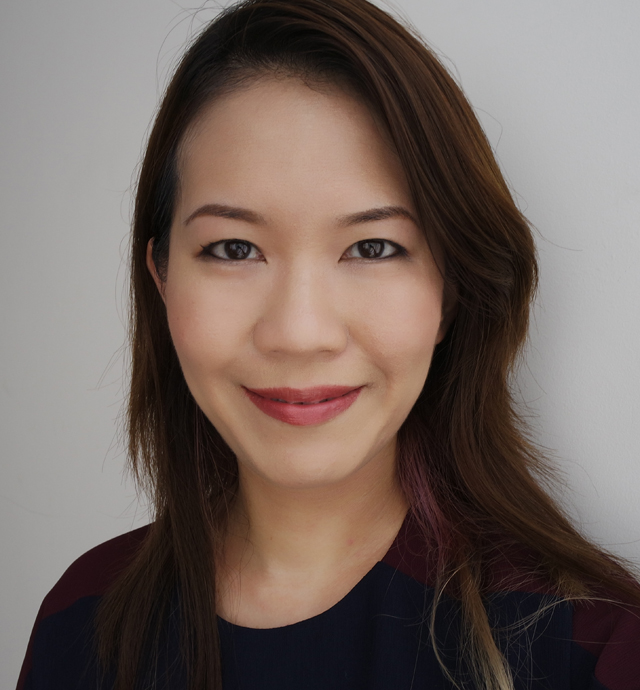 Tom Ford Lips & Boys Eric belongs to the Metallic Coral family, and it was the most surprising of the 5.  On my initial swatch [here], Eric appeared a muted brownish-red, but on my lips it actually appears brighter and is quite flattering!  I would describe it more accurately as a medium-dark coral-red with a golden shimmery sheen.  However, Eric is one of the sheer-er shades that I’ve picked, and really needs multiple passes straight from the bullet to achieve the opacity shown here.  When applied with a brush, the effect is softer like the lip swatch I showed earlier in this post. 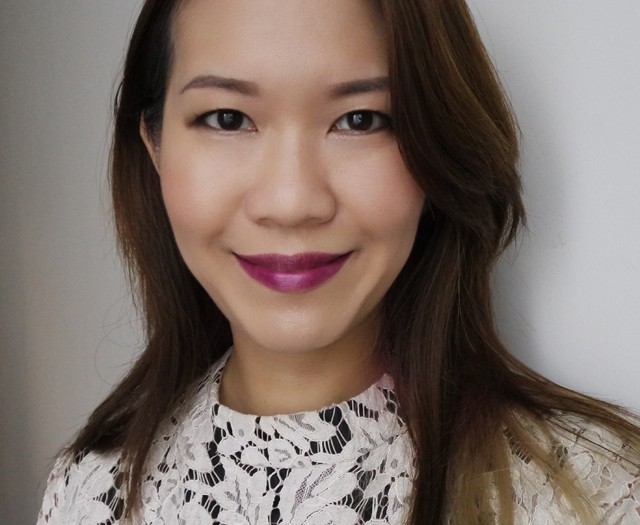 Tom Ford Lips & Boys Theo belongs to the Metallic Violets family, and was the very first boy from this year’s crop to catch my heart!  It is a cool-toned medium-dark purple with light purple micro-shimmer.  Theo makes me feel all kinds of mischievous, but in a good way.  It is brighter on the lips than it appears in the tube, and is wearable for both day and night. 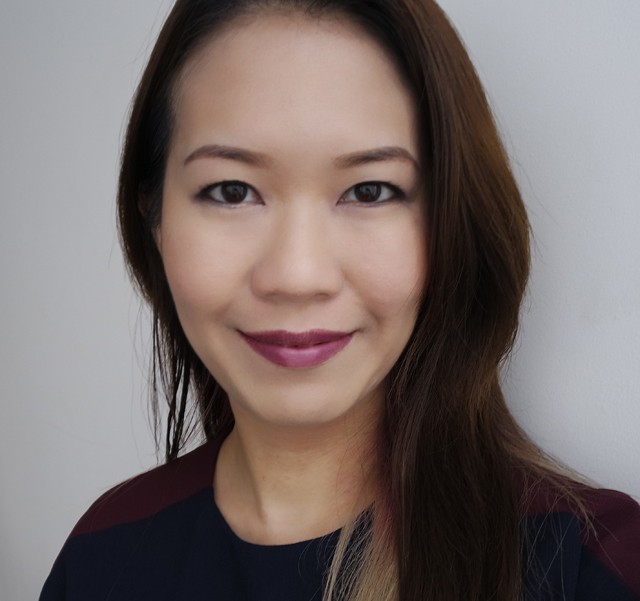 Tom Ford Lips & Boys Jay is the last of the Metallic Violets that I picked up, and is probably the most overtly evening in its sensibilities.  Though it looked fairly similar to Theo in the tube, it pulls warmer and darker on my lips, and is much more berry than violet.  Jay has gold, blue and light purple shimmers but it does not translate so much on the lips, instead looks fairly muted on.  This is one shade that I think needs to be paired with more dramatic makeup overall to come alive.

I’ve had a really fun time with these 5 boys, and I can’t seem to get enough!  All the Lips & Boys are now available permanently and are priced at SGD50 (USD35) for 0.07oz.  Which boys have you picked up?