Happy Monday!!  I was worried I’d be coming down with a cold, and spent all of last night buried deep under covers with tissue stuck up my nostrils (which my little baby kept trying to tug out!), but I’m so glad to wake up fresh with the worst behind me!  So, I thought I’d keep the catching-up momentum here, and give you my thoughts on Tom Ford Eye Color Quad in Lavender Lust.

If you are a die-hard Tom Ford Beauty fan, you are probably no stranger to Lavender Lust.  However, until recently, this was an Asia-exclusive palette, and was only released in the US this fall.  To be honest, this was not on my “must-buy” list, unlike Seductive Rose and Orchid Haze.  However, when I finally got to swatch all of them, I got lost in a haze of purples, and finally emerged with Lavender Lust (in addition to Orchid Haze, reviewed here, of course). 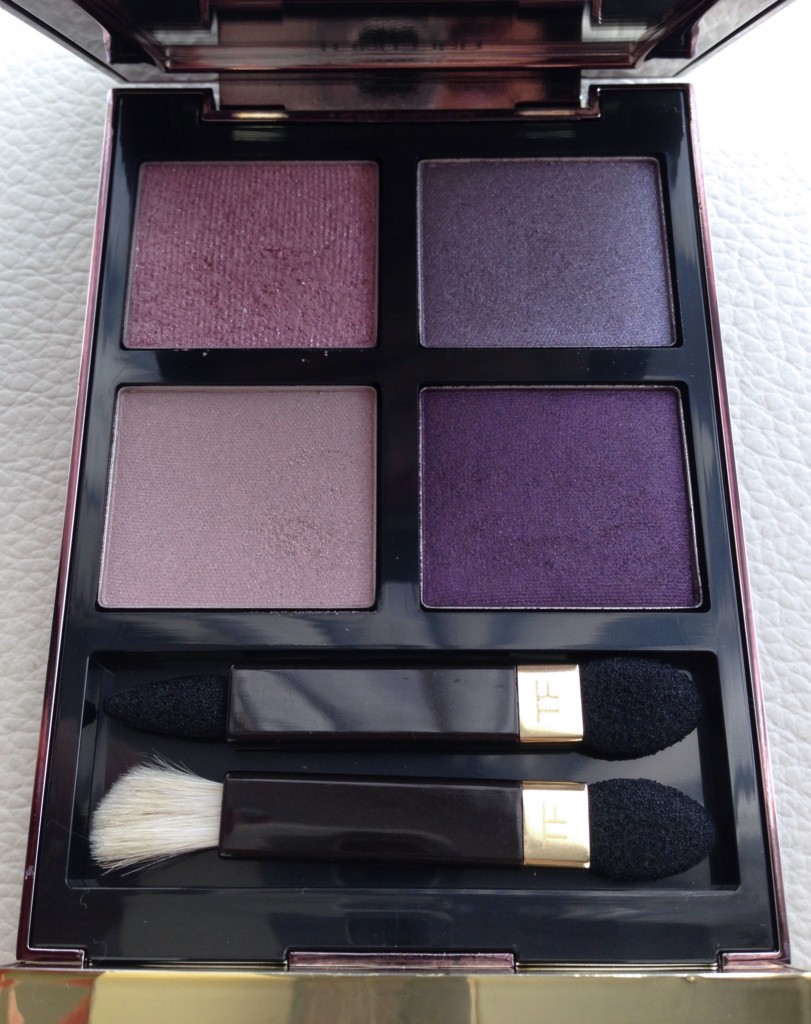 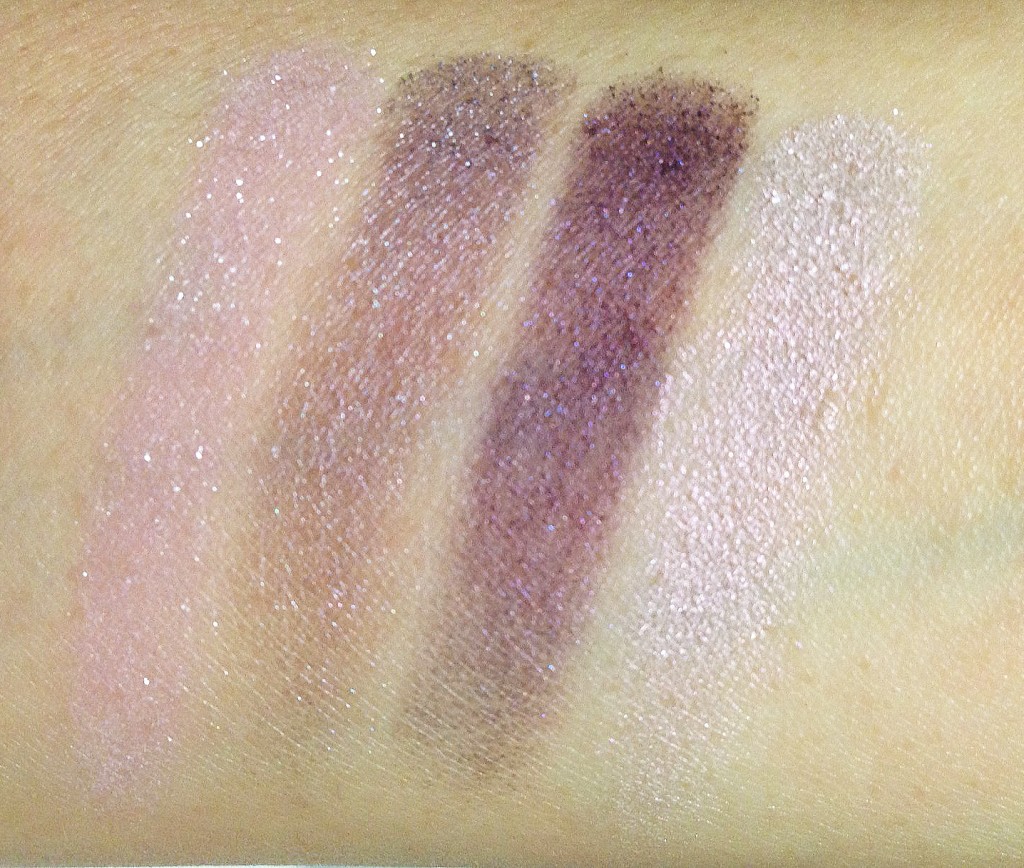 Swatched left to right according to the pan in a clockwise fashion from top left corner:

Ok yes, I am rather partial to purple.  But when you stack Lavender Lust against the other Tom Ford palettes (namely Orchid Haze, Seductive Rose and Crushed Amethyst – discontinued), this is the only one that is true purple, whilst the others swing more towards mauve with strong hints of brown undernotes.  The only other purple Tom Ford palette is Violet Dusk which has been discontinued.

Apart from the purple, there’s the pink…. And I seem to have been possessed by the pink lady lately.  And this one sparkles!! 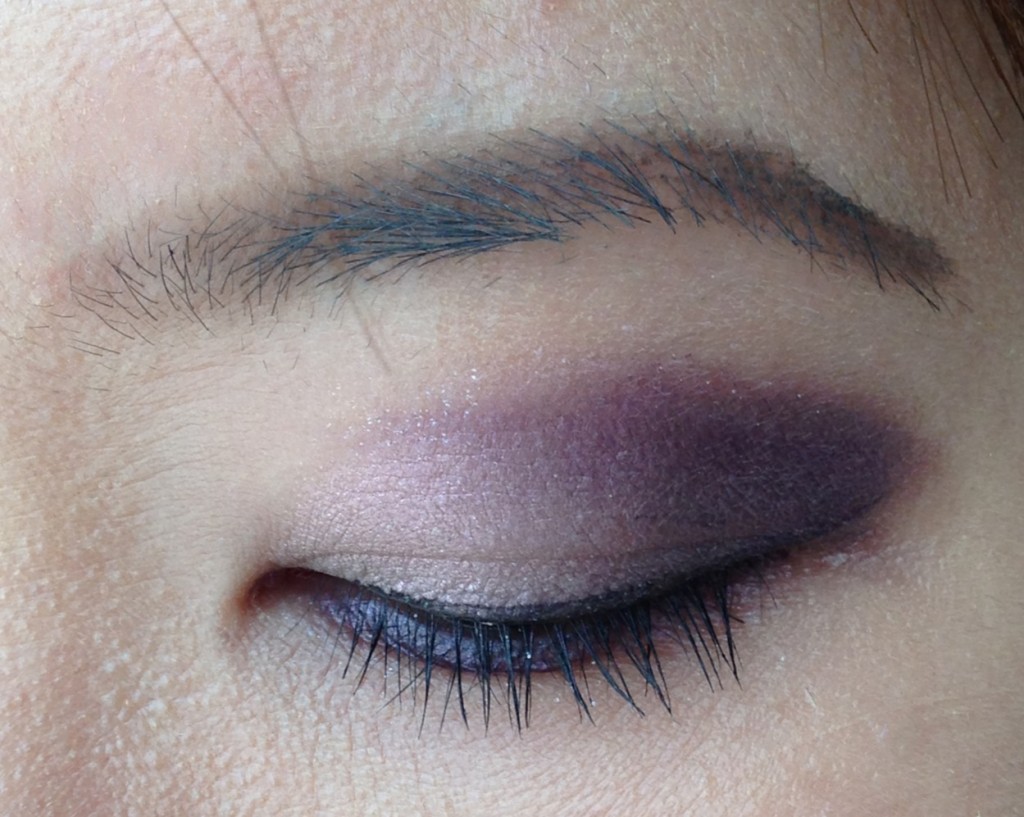 And here is the reason why I fell in love with Lavender Lust!  It is sooo incredibly easy to create a purple smokey eye with this palette!  As much as it pains me to say this, none of my other purple palettes are this easy!  With Lavender Lust, there is no need for anything extra, no trickery with pencils or a blackening base, etc.  For the EOTD above, all I did was sweep the light metallic pink all over my lid, then I layered the medium purple over the outer half of my lid.  I then darked the outer “C” and crease with the dark purple, and pressed a pop of the pink glitter to the center.  Finished with black liner very close to my lash line, and I lined the bottom lash line with purple as well. 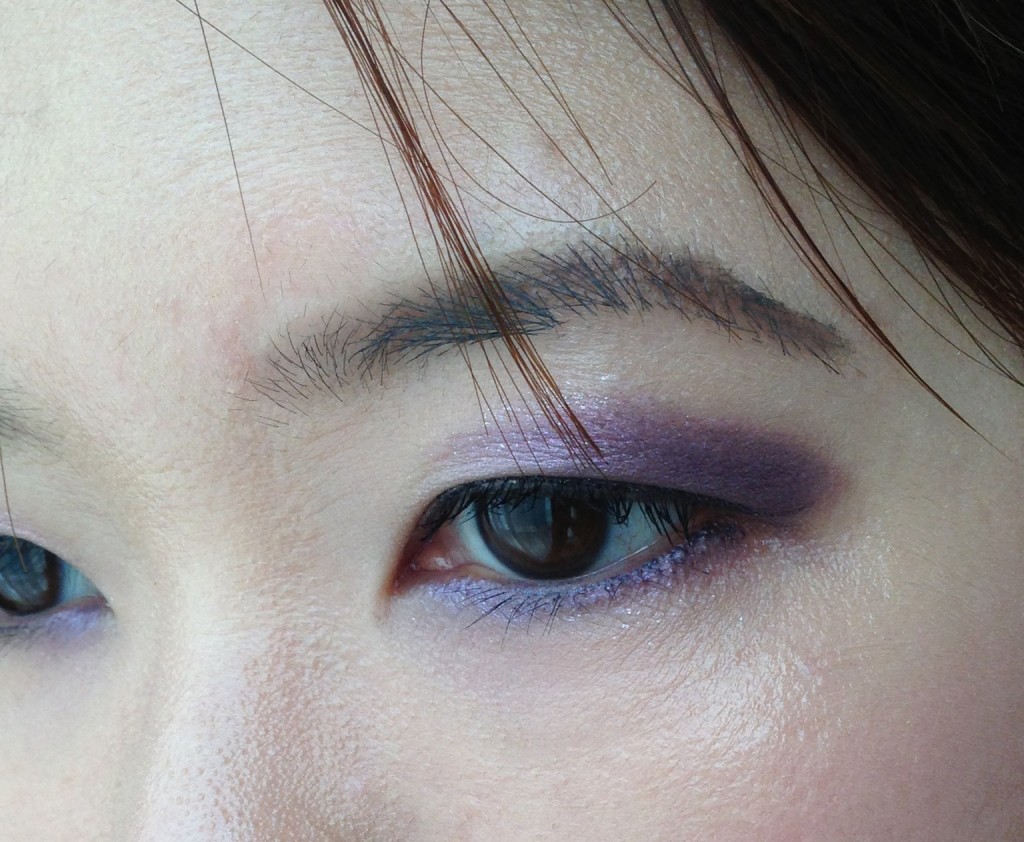 I must point out here that Lavender Lust does not seem to feel as soft to the touch as some of the better Tom Ford palettes, and some people have reported fall-out from the pink glitter shade.  However, I had no problems with fall-out (using the pat-on technique rather than a brush) although that is probably thanks to my trusty Tom Ford eyeshadow primer!  Also, as you can see from my EOTD, I had no problems getting the colors to blend and build up intensity.  It is perhaps less versatile with color combinations, but sometimes life should be this straightforward.