You know you’re becoming a serious blogger, when you rush home on a workday to grab some insurance papers before heading out to file an accident report (background to the story here), and you end up painting your nails instead.  Blame it on post-apocalyptic brain needing to hold onto something reassuring.  Now, i’m not saying that’s necessarily what I did, but if that’s your inclination, there’s no better way to do it than with Tom Ford Indiscretion (how apt).

For Spring 2014, Tom Ford Beauty released 4 nail polish shades.  The reason I’m only just featuring it, is because as usual Singapore is behind the curve, and launched together with the US release of Tom Ford’s Summer 2014 Eye & Cheek palette (reviewed here!). 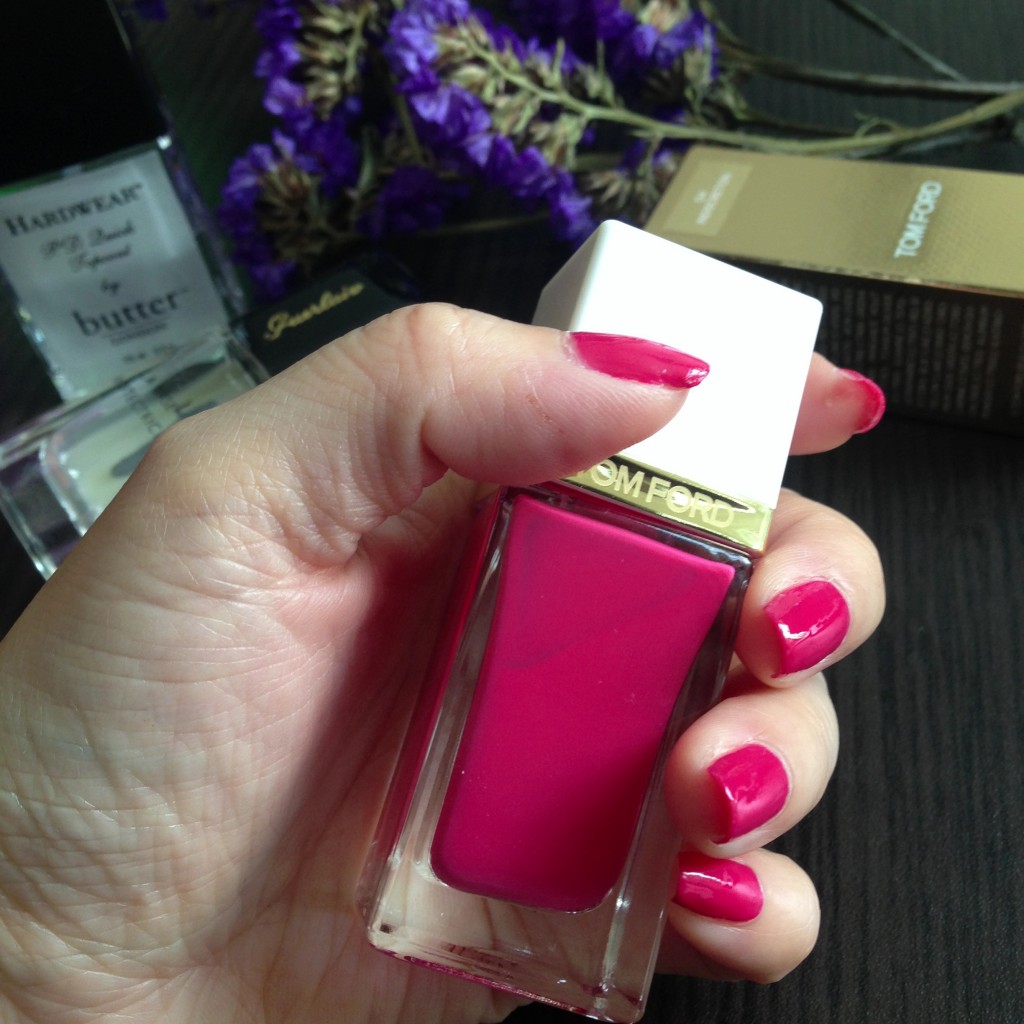 I don’t think I’ll get enough of those crisp white caps with the golden Tom Ford embossed bands. Aahh.. how Spring – Summer appropriate!

Tom Ford Nail Lacquer in Indiscretion is a medium dark, bright fuchsia that leans cool on me with some blue undertones.  It has an almost gel-like finish which is very on trend at the moment, and gives a nice shiny finish as shown in the picture above (3 coats without top coat).  I found the formula to be somewhat thin, and required 3 coats to be fully opaque.  It also took quite long to dry fully.

Here is another look under the sun: 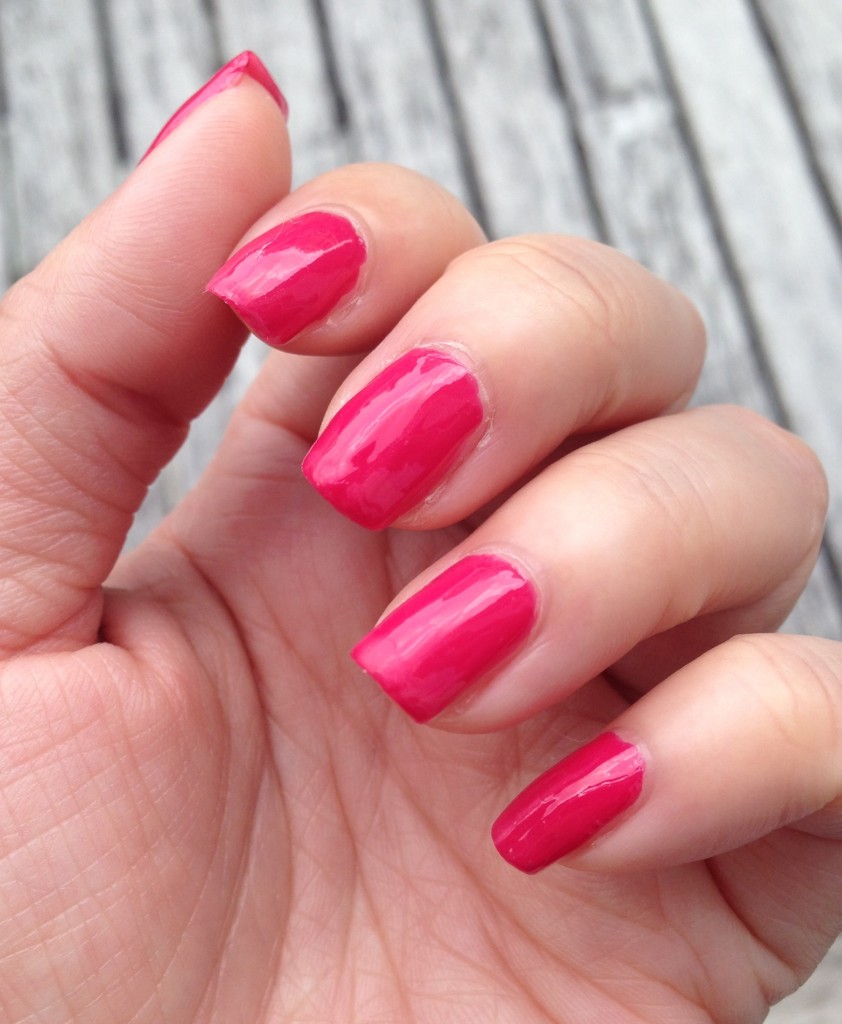 I am in love with this color, and can see myself wearing this over and over again.  However, I wished Tom Ford Beauty had deemed to change the brush to the flat and extra-wide ones that everybody else is using.  Shaky hands, nervous jitter bugs, will find it hard to control.  Of course, faster drying time, and a more easily opaque formula would also be greatly appreciated.  Yes, when it comes to Tom Ford, I expect 100%.  But just based on color alone, Indiscretion screams perfection.

Here’s to a safe and blessed week ahead, ladies!  xoxo