Tom Ford Beauty released the new Traceless Perfecting Foundation alongside its Fall collection last month, and I was looking forward to trying it out. I was a big fan of the original Traceless Foundation (reviewed here), so much that I was so close to ordering a bottle from the US just because I couldn’t wait the month or so before it arrived in Singapore. But I was advised by my local BA to wait to try the shades in person because they are rather different from the older line, and there isn’t a direct shade-for-shade match. And I am glad I waited, because having tried the foundation out in person now, I’m just not sure. 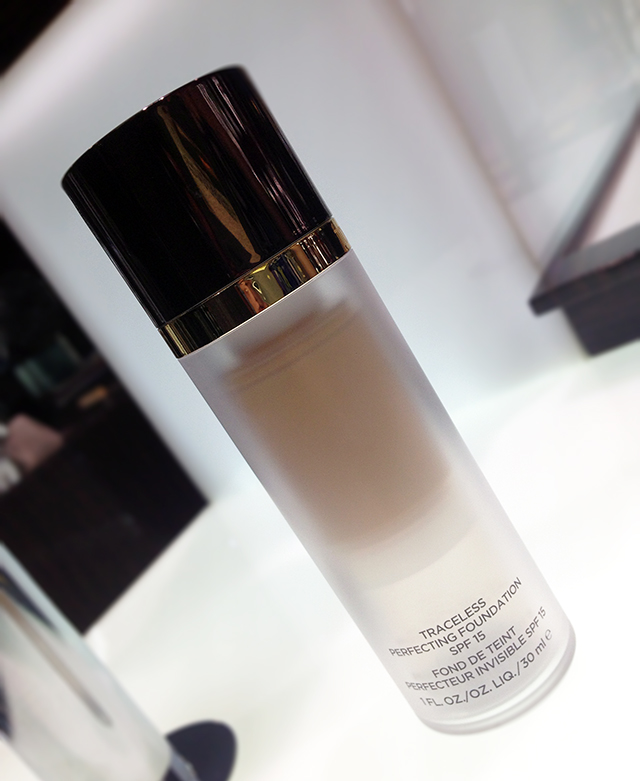 From the looks of it, Tom Ford Traceless Perfecting Foundation had all the characteristics that I love in a foundation. It is billed as long-wearing and humidity-resistant. It also contains the same Tom Ford Infusing Complex that is in all of its skincare and base products to nourish the skin, hydrate and smoothen lines and hide pores. The foundation comes with SPF15 protection, which is the same as the older foundation, so lame I don’t know why they even bother. 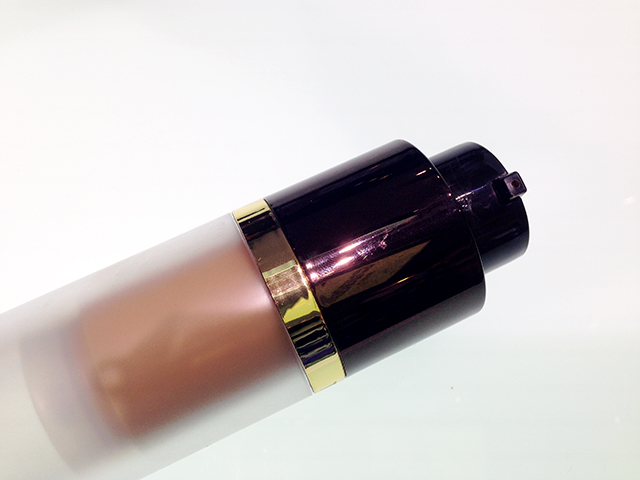 Traceless Perfecting Foundation comes in the same round bottle packaging as the Illuminating Primer. There is no cap, the pump dispenser pops up when twisted, and locks back down with another twist. The new bottle is plastic instead of glass, and is lighter to carry around and not breakable.

Having tried both the older Traceless Foundation and this new Traceless Perfecting Foundation, I have to say they are completely different. Traceless Perfecting is much thicker in texture than its predecessor, and leaves a velvety matte finish. Coverage is heavier, medium buildable up to full. Amongst the handful of new foundations released to the market this season, it has the thickest texture and highest coverage (compared to Chanel Perfection Lumiere Velvet and Diorskin Star).

The foundation itself dries fairly quickly, so you have to work fast. The best way to apply is in very thin layers and work on sections of the face each time. Compared to Diorskin Star, this is slightly more forgiving in that it does not dry up my skin and is not as prone to patchiness. However, it did still emphasize my pores and cling to fine lines as the day progresses (although this could be due to my skin being more dehydrated than usual lately). More importantly, it left my skin feeling sticky which I did not take to at all.  It also felt heavy on the skin, which is never a good thing.

I was also very disappointed to find that Singapore did not bring in the full range of shades. And in case you were hoping to be able to get a match through shade descriptions and swatches that are in circulation online, please note that the shades are really very different in real life. I am roughly between NC15-20 at the moment, and I used to wear Pale Dune in the Traceless Foundation range, and I thought I’d be a match for either Ivory or Linen. However, both are too dark for me. Ivory is very close, but it is rather yellow and I generally prefer to look a bit more fair (Asian fetish). Based on online swatches, Cream appears to be very pink and pale, but I did manage to swatch it in person when I was in Bangkok, and it would have been a perfect shade for me. I had assumed it would also be arriving in Singapore, and skipped picking it up there because it was a bit more expensive… but alas it is one of those shades that isn’t available here.

As a big fan of Tom Ford Beauty, I’m sad to say the new Traceless Perfection Foundation is not for me. This whole velvety matte finish and medium coverage trend is not new, it has been done, and done beautifully by the likes of Guerlain (see here) and even Giorgio Armani’s Maestro Fusion Foundation. Both are cheaper, and more elegant in texture than any of the new foundations released this season.