This is a very much delayed post as SUQQU had launched this Frame Fix Liquid Foundation N more than a year ago. The reason it decided to make an appearance now, is because I recently had somebody ask me about it, and I realized (to my horror) that I had only posted a review on the preceding formula (here) but not the latest one. And since no new formulation seems likely on the horizon, this should still be helpful for anybody looking into SUQQU foundations. 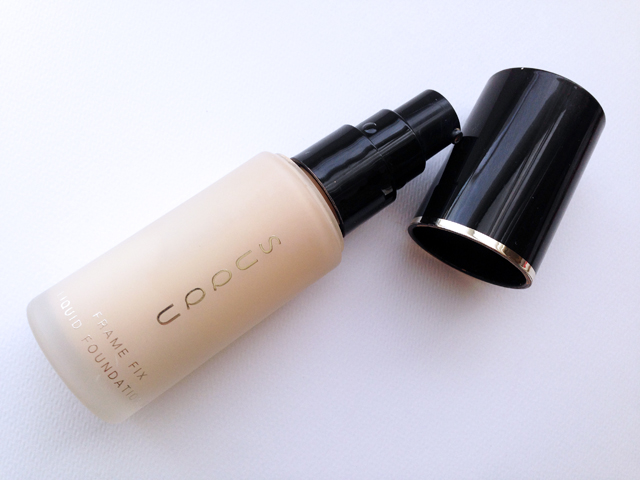 SUQQU’s Frame Fix Liquid Foundations are formulated such that they do not require a makeup base, and are made to last all day. The revamped version “N” boasts of a slightly higher sun protection factor SPF30 / PA++ (as opposed to SPF25 in the previous rendition), and minor touches to the packaging that up the luxe factor. It is also slightly cheaper at £58 at Selfridges, (vs. £65 for the older version) whilst maintaining the same nett weight of 25ml.

The biggest difference is the latest version now provides better hydration for the skin. When I sampled the older formula, I had found it dried up my skin, and had high hopes for this new version. In reality, it does resolve the drying issue, but turns oily faster and does not last as long on me! Even with primer, I could only go for 5-6 hours before needing to blot. And by the end of my work day, I needed to powder touch up badly. 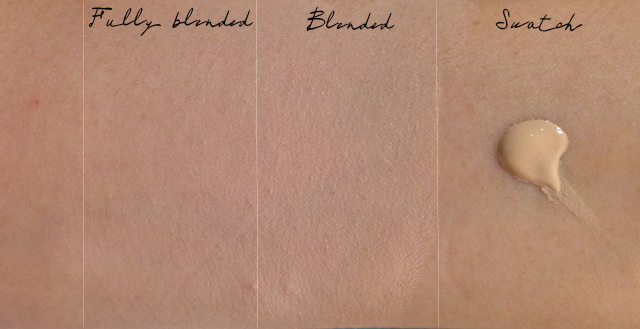 SUQQU Frame Fix Liquid Foundation N is a medium to full coverage foundation with a fluid texture. It dries fairly quickly to a matte finish. Unlike the older version, I had less of a problem blending this all over the face, but it did tend to streak especially under the eyes, and I needed to dab over with my finger to get it all to blend out nicely. The biggest problem I had with this foundation is that I found it rather unnatural looking, maybe due to the high coverage and slightly off color match. I am roughly NC20, and shade 101 was too light whilst 102 was too yellow, and 202 is more pink but too dark. Furthermore, it tended to emphasize my pores, giving a really HD look without any blurring effect (which I badly need).

Ultimately, I am sorely disappointed by a brand that I love pretty much every other offering from. I suppose it would help if I mixed a touch of CC cream (YSL’s Apricot comes to mind since it will darken my shade 101 to a more suitable color while thinning out the formula) or a liquid luminizer (like Tom Ford’s Fire Lust), but at this price point, it really should not be so much work.