In addition to the lovely Cheek & Face Color Palettes [Ex-02 reviewed here], SUQQU has also released 3 new Blend Color Eyeshadow Palettes.  The new palettes take an inverse spin on the format that SUQQU released last Holiday 2014 [Ex-23 reviewed here]… they feature 3 powder shades and 1 cream base shade.  Instead of the darkest shade being the cream, these new Fall 2015 palettes feature a pale cream base.  Today, I’d like to show you SUQQU Blend Color Eyeshadow #20 Kaoribara. 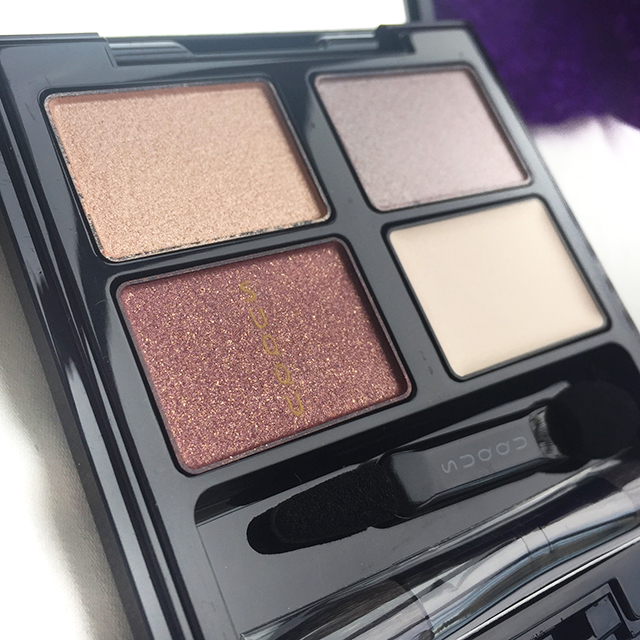 SUQQU Blend Color Eyeshadow 20 Kaoribara is 1 of 3 new palettes released this season, and this one is permanent.  It features 3 powder shades and 1 cream eyeshadow (lower right of palette).  The darkest shade on the lower left corner of the palette also bears the letters SUQQU printed on the surface, which unfortunately goes away with the first swipe though you may try to preserve it by using the sides first.

Here is another look from another angle: 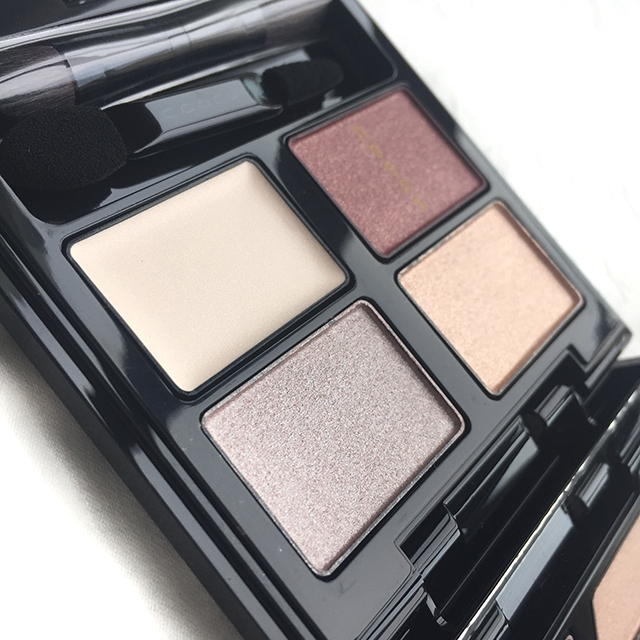 If you look closely, you will be able to see that all 4 shades (including the cream shade) contain some level of shimmers.  However, as with all SUQQU shades, these shimmers are all incredibly fine and formulated in a way that is endlessly elegant. 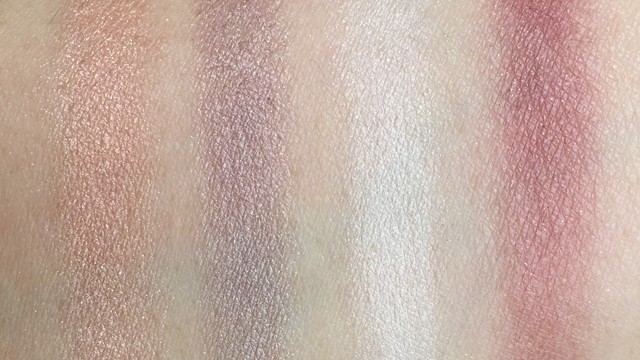 The shades (swatched above from left to right) are:

When I started swatching Kaoribara, it suddenly occurred to me that it resembled Benikakesora from last season [reviewed here].  It hadn’t immediately seemed that way, and when you place the 2 palettes next to each other, they appear quite different.  But I decided to swatch them side-by-side anyway:

Of course, Benikakesora comprised only of 3 powder shades, not a quad with a cream shade like Kaoribara.  However, when I swatched them side-by-side, the similarities in their color composition suddenly comes to light.  Benikakesora is brighter, cooler in tone than Kaoribara, but the white and peach shades are close enough.  There isn’t a lilac in Benikakesora, but if you layer all 3 shades together (right-most swatch above), you can get something close enough.  Benikakesora was limited edition, so if you missed it, Kaoribara may be something to consider. 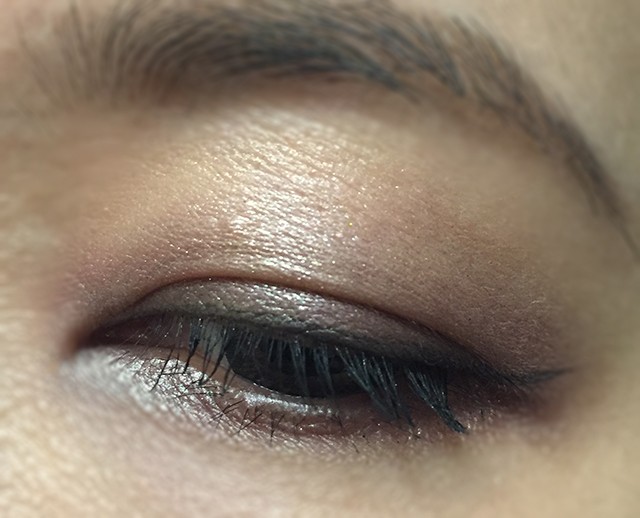 For the eye look above, I first applied the cream ivory shade all over my lid as a base.  Thereafter I applied the golden peach shade all over, focusing more on the inner half of my lid.  Next, I applied the silvery lilac along my lash line, blending upwards to about mid-lid.  Finally I added the burgundy to my outer corner, again blending upwards and outwards.  Because the look is somewhat soft and ambiguous, I defined my lash line with a black liquid liner, winging outwards slightly, before adding mascara.

You have already seen the full look, but I’m including it here again to put the look in context. 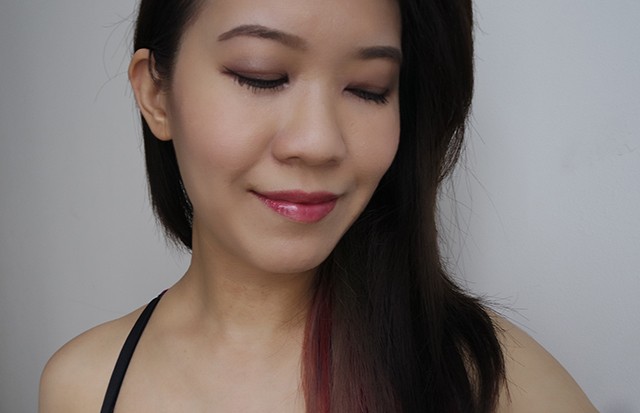 Overall, Suqqu Blend Color Eyeshadow 20 Kaoribara offers a very pretty, soft alternative to the dramatic hues typical seen this time of the year.  The colors are all wearable on a daily basis, including that “red” which pulls more purple on me.  My friend Sara was able to bring out the red more with the addition of SUQQU’s new Gel Eyeliner Pencil Ex-01 Bordeaux, check out her eye looks here.