Around the time I was starting to explore haute fragrances, a friend brought me around to test out some Serge Lutens, proclaiming the brand to be the best and most complex. In return, I brought him around to Tom Ford instead and sent him on a fragrance layering journey. That afternoon we both agreed there were merits in each. What I tasted and remembered of Serge Lutens at that point, was a very distinctive style, one which was well balanced and no particular note dominates. It felt both very French and masculine, the later not as a reference for its intended wearer (for Serge Lutens’ fragrances are suitable for men and women), but in the characteristic of the fragrance (as opposed to Annick Goutal which is characteristically feminine). 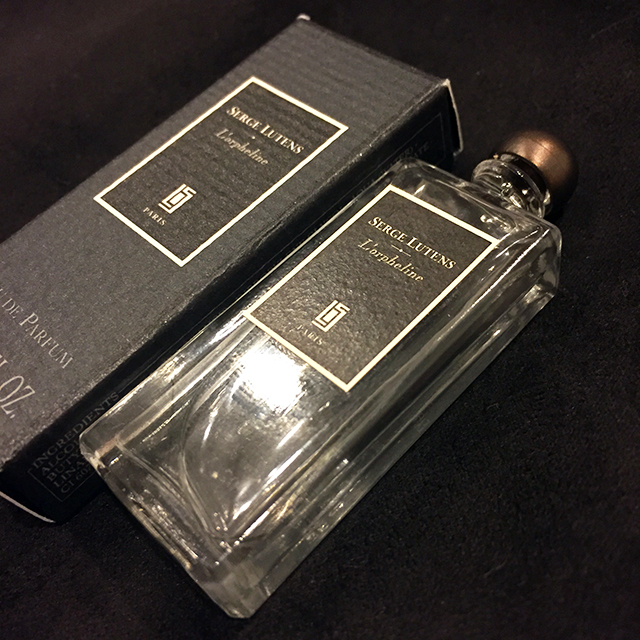 By the time I got around to appreciating Serge Lutens, it was more for the artistic intent behind each scent that compelled me. I love how M. Lutens avoid fragrance notes altogether, and instead wove a story for each creation. L’orpheline (loosely translated The Orphan) is a partial reflection of M. Lutens’ background, growing up without his mother and abandoned by his father. The first few letters of the name also references Orpheus, a musician in Greek mythology, who was obsessed with bringing back his beloved from the Underworld, but finally died at the hands of women; which Serge fans interpret as M. Lutens’ aspirations to bring his mother back into memory by giving us glimpses of her through his various creations.  However, the name is presented in the feminine form, and in the introductory video which Serge Lutens has produced, L’orpheline represents the fragile inner child within each of us that has been abandoned.

When I first took a whiff of L’orpheline, it had strong hints of incense and musk right off the bottle. But when applied on my skin, it turned so much milder that I found myself dabbing almost half my sample vial all over my body and clothes just to get a good impression of it. It starts out with a cool, almost metallic tang, that is all aldehydes. It gives me vague notions of medicated oil (to put crudely), something I’m not very fond of. But that settles down very quickly on my skin into a warmer, more creamy blend of musk with just a dash of spiciness. Hints of patchouli, cashmeran, amber, and coumarin starts to comes through, more noticeable as the aldehydes fade.

I do wish my sample vial came in a spray form, as I have a feeling L’orpheline will present itself quite differently in a spray. As it is, it does not project far when dabbed on, and disappears within 4 hours without leaving a trace. Quite disappointing for something labeled “Haute Concentration” Eau de Parfum.

For those who are just venturing into fine fragrances, L’orpheline is an easy draw. It is completely different from my initial reaction from my first whiff, and gently eases into something rather feminine, warm and soft.

DKNY Be Tempted Eau So Blush