I popped into TANGS on Monday hoping to pick up some YSL Rebel Nudes and secretly hoping to find Tom Ford Fall 2013 in stock, but failed on both quests. I did, however, catch Jerome quietly unpacking the TF Fall goodies, and made a pest of myself. Shall reserve that for a separate post, but just a heads-up, the new trios are divine.

Anyway, I found myself wandering around aimlessly, finally ending up at NARS. As you probably know by now, I’m not a huge fan of NARS, but I always try to keep an open mind. The Fall 2013 collection is in store, and I thought I’d check them out. I must have stood staring at the display for a century or so, trying to make sense of the offerings.

To be honest, I found the Fall 2013 collection to be rather perplexing – what did a pale shimmery pink lip pencil and yellow eye liner got to do with Fall?? Whilst the blue, purple and gray eyeshadow singles in the collection were traditional autumnal colors, they felt powdery and sheer when I swatched them, and none spoke to me. The only thing that sparked some interest was the new Velvet Matte Lip Pencil in Mysterious Red. 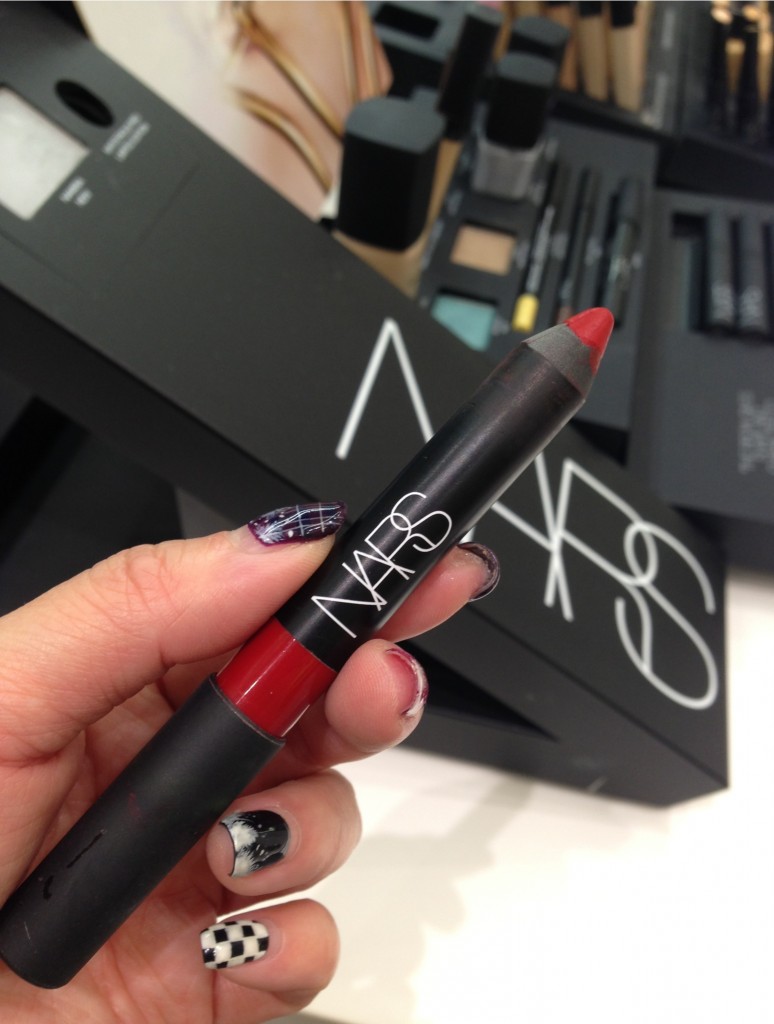 With a name like that, and the distinctly YSL-ish campaign image burning in my mind, I expected Mysterious Red to be a sultry wine red. Instead, it turned out to be very much chilli red. That, in itself, wasn’t a bad thing, except when I mentioned it to the SA, she insisted it was a cool-toned red tinged with blue. I saw no blue at all, and felt it was a warm-toned, right-in-the-middle chilli red. 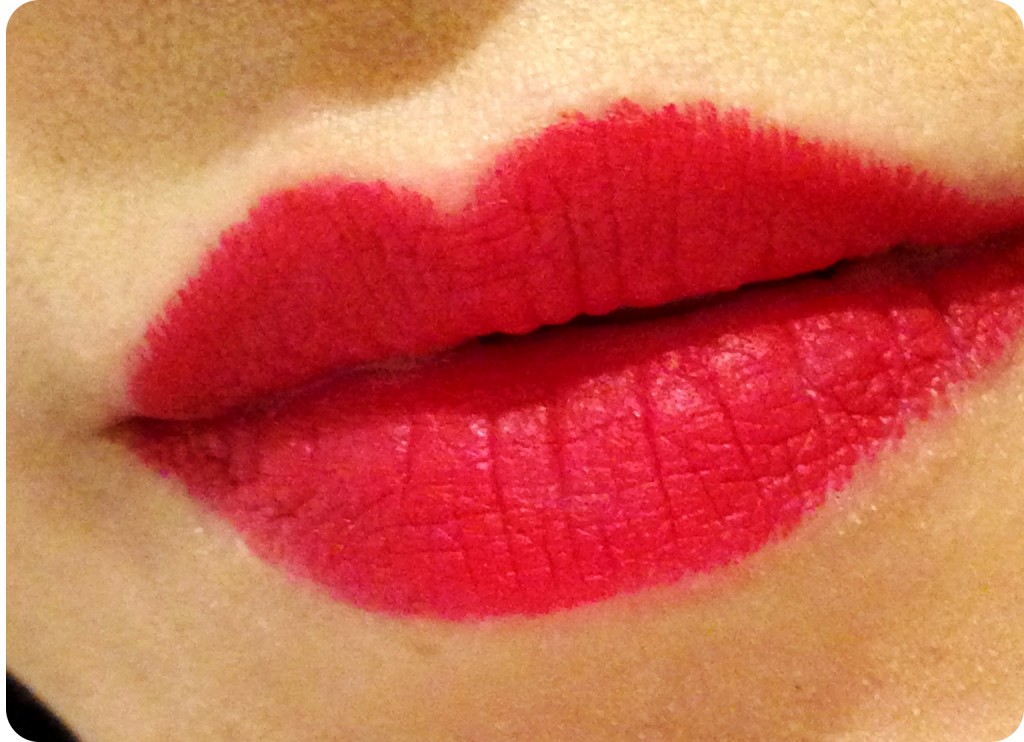 Confusion aside, I liked Mysterious Red, quite a lot. It glided across my lips easily without tugging, and the lightest touch delivered full opacity. It left a velvety matte finish, and was just slightly drying (not bad at all for a matte lippie). My only problem with these NARS lip pencils, is they really don’t last on me at all. The moment my lips touch anything at all (coffee mug, breakfast bun, fingers, etc), it’s gone. It doesn’t even leave a stain that you can dab at to redistribute color… it’s just mysteriously gone. And I hate sharpening.

If you’re a NARS die-hard, and have some extra budget for Fall 2013 offerings, or if you are badly in need of a red lippie, do check out Mysterious Red Velvet Matte Lip Pencil. It’s a really lovely product, despite all of my personal misgivings!