Rock the Ages of British History with Jo Malone

Did anybody find it interesting that an American company decided to launch an entire collection of fragrances inspired by the different eras of British history?  Or perhaps a clever marketing move to reinforce in our mass consciousness Jo Malone’s original heritage as a British fragrance house.  In any case, Jo Malone‘s latest Rock The Ages Collection of 5 glorious scents has been nothing short of impressive! 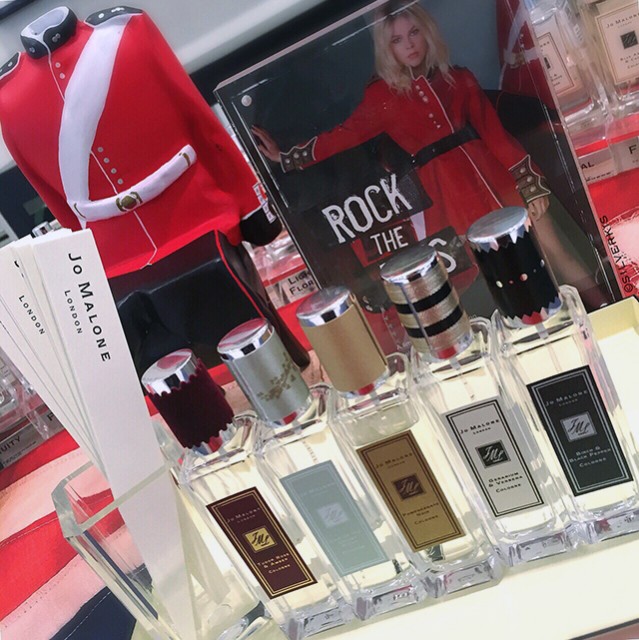 I was contemplating writing a separate post for each of the fragrances, but at the rate these bottles are flying off the shelves (at the point of print, most of the collection is already soldout in Singapore!), it really wouldn’t do anybody any favors.  So instead, here is a quick run-down of each fragrance, and my experiences with them so far. 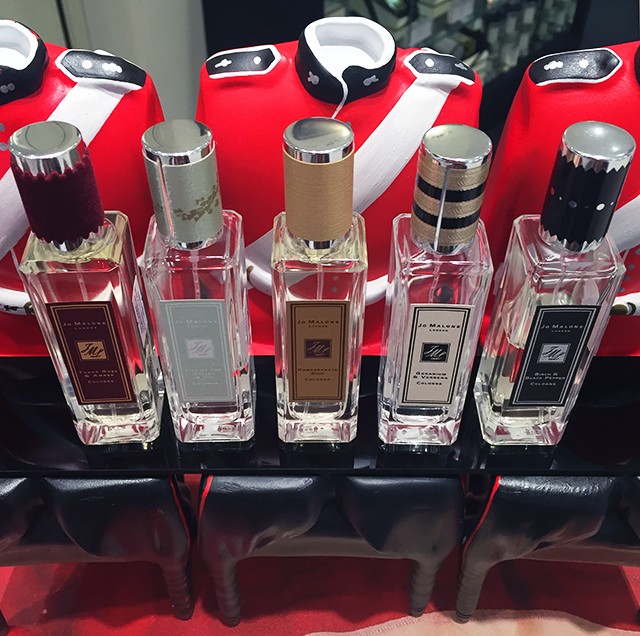 Inspired by the bloody and turbulent era of the Tudors, this reminded me of BBC2’s award-winning drama The Tudors (featuring the sexy Jonathan Rhys-Meyers) where love and politics intertwined, full of intrigue and drama.  Tudor Rose & Amber starts out as a big velvety rose bouquet, with a good measure of spicy ginger and pink pepper like love and war.  After about 10-15 minutes, it settles into a fairly sweet rose, warmed up by wafts of golden amber, patchouli and white musk.  It is quite different from Jo Malone’s Velvet Rose & Oud [reviewed here], a member of the permanent cologne intense range, as that is a woody, darker rose; whereas Tudor Rose & Amber is spicier and sweeter on my skin.  Tudor Rose & Amber has good sillage and lasts for about 6 hours on me.

Lily of the Valley & Ivy

This is one of my favorite of the Rock the Ages collection, which is surprising as I am not usually fond of lily scents.  Jo Malone took an interesting perspective on the Georgian era by focusing on the green landscapes and ivy-covered fences of the genteel.  The Georgian era was a period marked by intense wars and great social change, all of which you will not get from this fragrance.  Regardless, the sweetness of lily of the valley is given complexity by the narcissus flower, and tempered with green ivy.  The result is a very interesting floral bouquet that is modern and elegant.  It opens with a hint of pink grapefruit and black currant, but merely to give the fragrance a crisp note without any citrus.  A base of beeswax, amber wood and white musk keep the entire accord in harmonious balance.  Lily of the Valley & Ivy lasts for about 4-5 hours on me (which is consistent with most other Jo Malone colognes) and has moderate sillage.

This is a re-promote of a permanent offering, so I did not give it very much thought.  The special limited edition ornament on the cap and label may make this an interesting keepsake for fans of the scent.  It is included in the Rock the Ages collection as a symbol of the decadent Victorian era.  And Pomegranate Noir proves to be a rich fragrance filled with pomegranate, raspberry, plum, watermelon and rhubarb on the top, Casablanca lily, jasmine, clove, frankincense and pink pepper in the heart, guaiac wood, musk, amber and patchouli in the base.  For a more detailed read, feel free to hop over to Sunny’s review here.

Another one of my personal favorites from the collection, Geranium & Verbena is a rather unusual marriage of aromatics, herbal and citrus.  Inspired by the aristocratic Edwardian era, this is the most refined scent from Jo Malone that I have encountered thus far.  Equally suitable for men and women, it pairs beautifully with Lily of the Valley & Ivy (a combination that made me fall in love with the entire collection); as well as with Birch & Black Pepper (makes me think of men’s after-shave).  Geranium & Verbena starts out with the tartness of verbena, bergamot and basil.  It then settles into an aromatic blend of neroli, geranium and coumarin.  Vetiver and cedar return us that tartness after awhile, but tempered with warm patchouli and vanilla.  Geranium & Vetiver is one of the longest lasting fragrances from Jo Malone, staying for 6-8 hours on my skin.

Bringing us back to modern London, Birch & Black Pepper is a rebellious scent that defies my sensibilities.  It opens with spicy black pepper which remains throughout, but intermingled with wafts of cardamom, birch and patchouli.  In a way, it is perhaps the most straight forward of the 5, the most distinctly-male.  Yet on the other hand, it intrigues me the most with the touch of ink and gurjan balsam.  Birch & Black Pepper is a leathery scent, which on me usually ends in disaster.  However, it pairs wonderfully with fruity fragrances like Blackberry & Bay [reviewed here] and Wild Bluebell.  There is a savory quality that fans of Wood Sage & Sea Salt [reviewed here] would appreciate.

Each of the bottles in this Rock the Ages collection features a special adornment on the caps with matching labels.  They were supposed to be a piece of fabric, but apart from the velvet on Tudor Rose & Amber, the rests feel very much like regular satin ribbons.  All except for Pomegranate & Noir are limited edition and brand new scents, and this is the last collection created by Christine Nagel for Jo Malone.

Have you checked out Rock The Ages yet?  Please feel free to leave me a comment below if you have any questions about any of the fragrances!