Gosh, summer is flying past, and I just realized I’m so behind on my reviews.  Before we lose the sunshine (not likely out here in sunny Singapore anyway!), I’d like to introduce you to Guerlain’s limited edition summer 2013 release – Terra Ora. 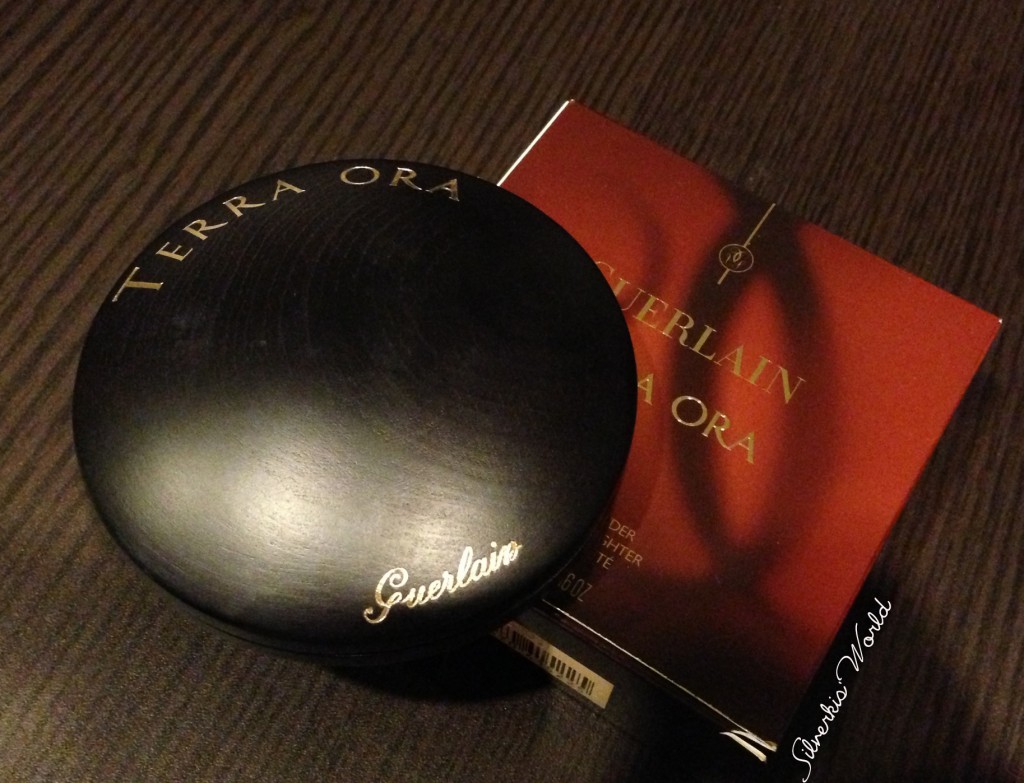 Can you believe that until recently, I didn’t own a single bronzer?  I most certainly hadn’t planned on picking this one up, but when I laid my hands on it at the last Guerlain event, it was love at first touch.  Terra Ora is encased in an earthy wooden pan (made entirely of recycled wood) with golden letterings.  It is held together with magnetic closure, and twists open completely to reveal two halves. 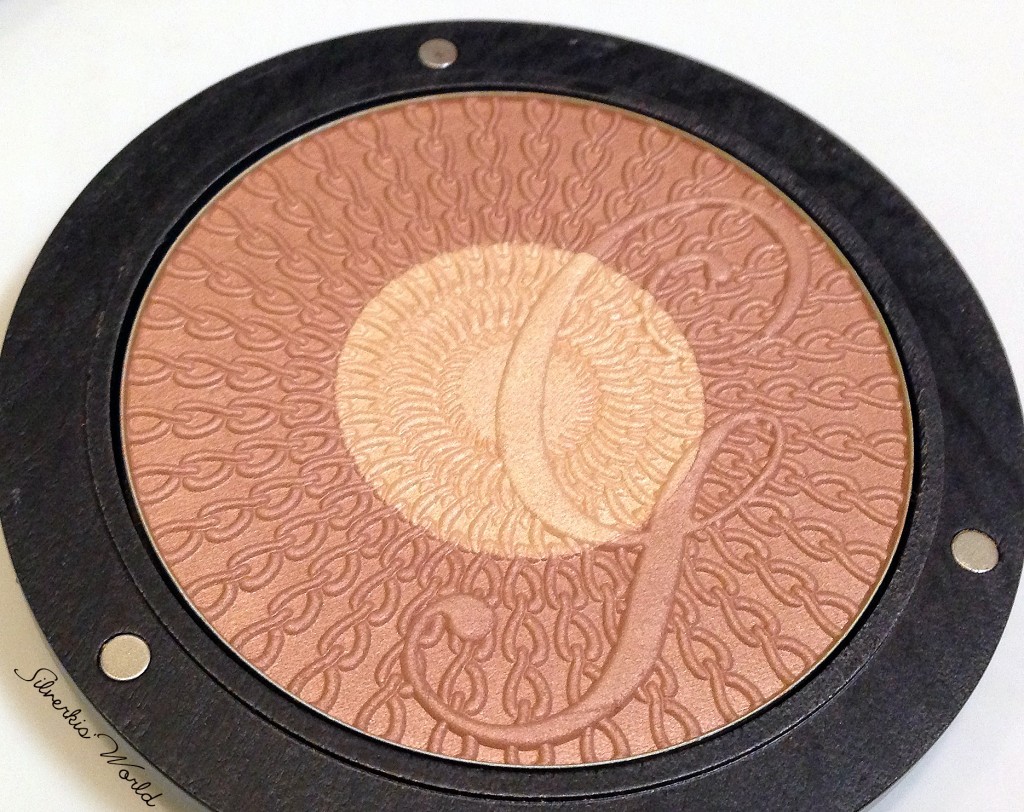 The palette itself is a work of art!  It reminds me of the setting sun being held back by chains… don’t we all wish to turn back time?

The center ombra is described to be “pearly white gold”, but looked more like champagne gold to me with very slight metallic frost.  The outer penumbra is described as “matte beige” but I found it to be more medium orange-tan with a satin finish.  This shade closely resembles Giorgio Armani’s Bronze All-Over (reviewed here), albeit slightly more red whereas GA is tends more towards orange.  Swirled together, they produce a shimmery golden peach that brings a healthy glow when lightly dusted all over. 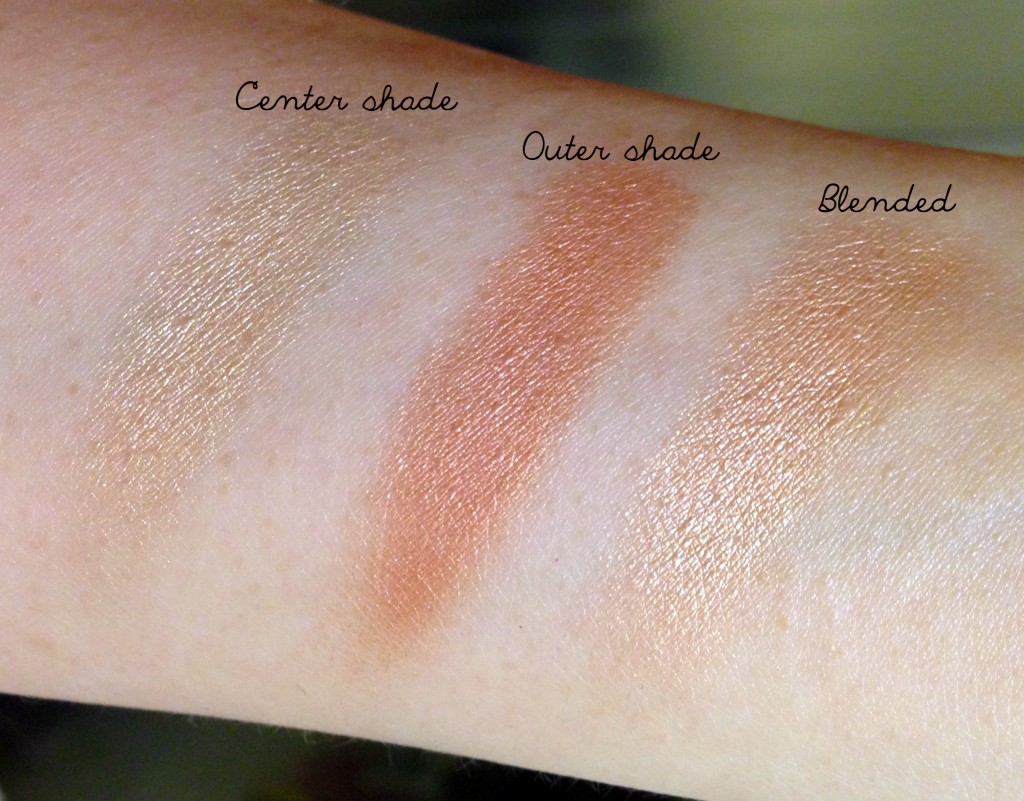 As with all Guerlain powders, Terra Ora is very finely milled and carries a light scent.  Compared to Giorgio Armani, Terra Ora is sheerer which makes it more ideal as an all-over bronzer.  The two shades are designed to be used for sculpting, with the lighter shade going above the cheekbones as a highlighter, and the darker shade under the cheekbones and in the hollows of the cheeks.  It has a very subtle shimmer that is almost invisible indoors but it does light up your visage beautifully.  It lasts for approximately 8 hours on me before starting to fade. 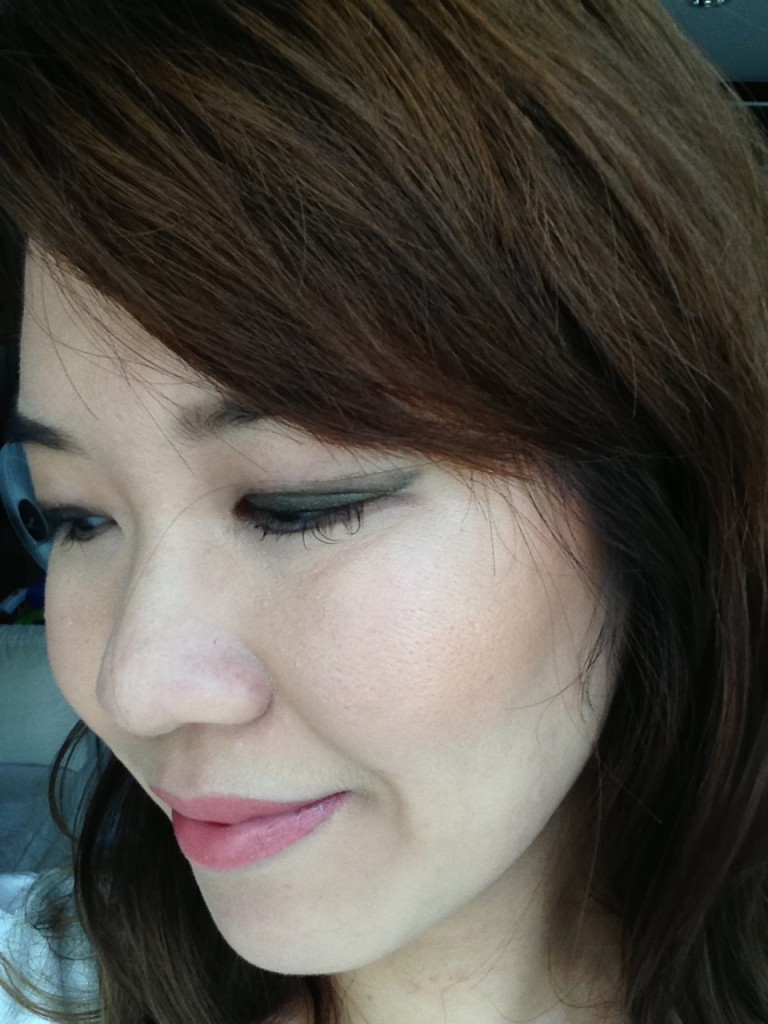 I’ve also tried using the inner champagne gold shade on my eyelids, and it looks gorgeous paired with Guerlain Fard Metal 02 Bronze Ora (or pretty much any other darker color)!

If I remember correctly, Guerlain Terra Ora retails for SGD95 locally, which may be rather much for a bronzer.  But it also comes with 0.56oz of product, which makes it the largest powder pan that I currently own.  This baby is going to be much treasured, and will probably last me for a very very long time. 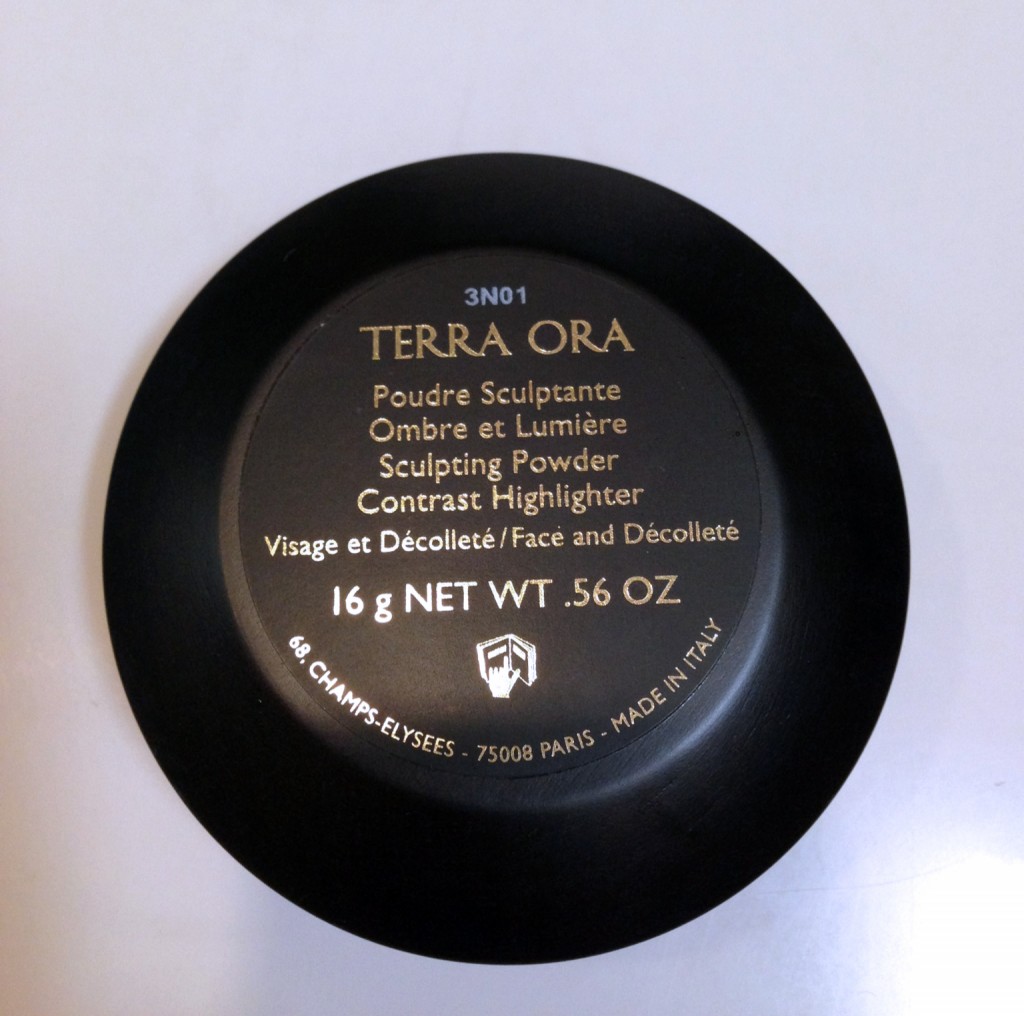