Ever since these poppies showed up at my doorstep, I’ve been hearing the tune of “Love is in the Air” in a constant loop in my head, replaced by the words “Flowers in the air…” like a recurring television advertisement.  This summer, Kenzo has taken inspiration from Yayoi Kusama’s dotted pop art, and created a series of red poppy prints and animations, spreading all over the world.  The playfulness of the red poppy underscores the joy and sparkling vitality of the new limited edition FlowerbyKenzo & Flower In The Air Eau Florale EDT! 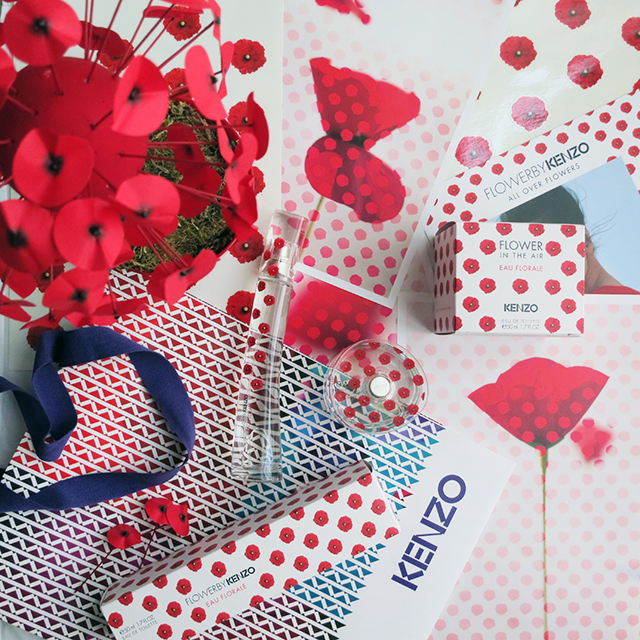 I have been an admirer of FlowerByKenzo’s tall curved glass bottle for a very long time, and this summer, the new limited edition Eau Florale EDT is even more covetable with cute tiny red poppies all around. 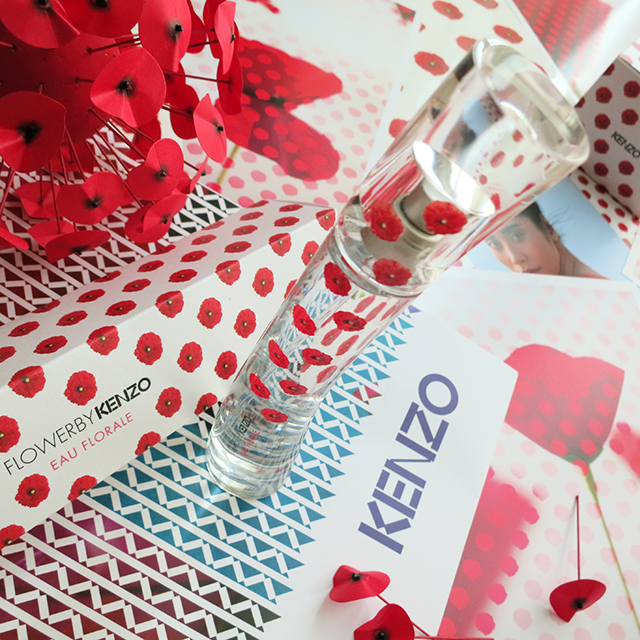 To be honest though, the original FlowerByKenzo never did quite make it as my go-to scent when it was first released, there was something I never quite grasped in my youth, and not for lack of trying.  But the fragrance’s complex duality of boldness and powdery floral sweetness was a little much for a younger me.  However, this latest flanker feels quite different, much more appealing and accessible to a younger demographic in my opinion, and yet retaining the same personality and contemporary vibe as the original.

FlowerByKenzo Eau Florale EDT starts with a burst of fresh pink grapefruit which quickly gives way to a floral heart comprising of Bulgarian rose, peony and freesia.  A soft base of vanilla infused with white musk ties this back to its original inspiration.  There is enough insouciance in this latest version to set it apart from all the other summer fragrances that are launching, 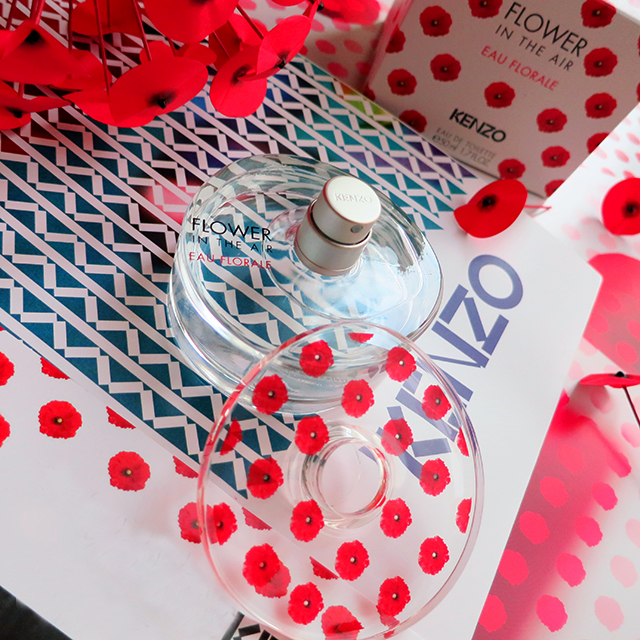 Flower In The Air was first released by Kenzo in 2013 as the companion to FlowerByKenzo, and has since grown into its own.  This Summer 2016, Kenzo releases the first limited edition flanker called Flower In The Air Eau Florale EDT.  I must admit, I have never tried the original, so I can’t comment on how different this new version is.  But I like it, really really like it!

Flower In The Air Eau Florale EDT feels fairly similar to its other sibling in style but where FlowerByKenzo is bold and avant garde, Flower In The Air Eau Florale is much softer and more feminine.  It starts with some sweet fruity passion fruit, gradually blending into a lush floral bouquet of jasmine, pear blossom and rose.  The base consisting of a solar accord and white musk gives this flanker a lovely warm halo that feels perfectly summery.

If you would like to take a whiff of FlowerByKenzo and Flower In The Air Eau Florale EDTs, do pop by the special launch event at Vivocity East Boulevard Atrium (in front of Zara) between 17-22 May, and enjoy lots of attractive GWP promotions!  Also, there is a ‘Spot the FlowerByKenzo Car’ photo contest happening from 27 Apr till 25 May.  Details about the contest may be found here, and you may stand to win Kenzo hampers worth up to $600 and a Kenzo clutch worth $400!  Have fun!