At a recent private launch preview of Etat Libre d’Orange, I was gifted with a set of perfume miniatures which I am slowly enjoying in turn. I decided to start with the bottle labeled “Like This”, as that was where Etienne de Swardt started his storytelling [read here] and it is sometimes easiest to go with something inspired by a well-known celebrity – in the case of “Like This” it was Academy Award winner Tilda Swinton. However, this is no ordinary celebrity-endorsed fragrance, and Tilda Swinton is known for her eccentric tastes and arthouse roles. And with a bottle named after a poem by 13th-century Sufi poet Rumi, one can only expect the contained brew to be extraordinary. 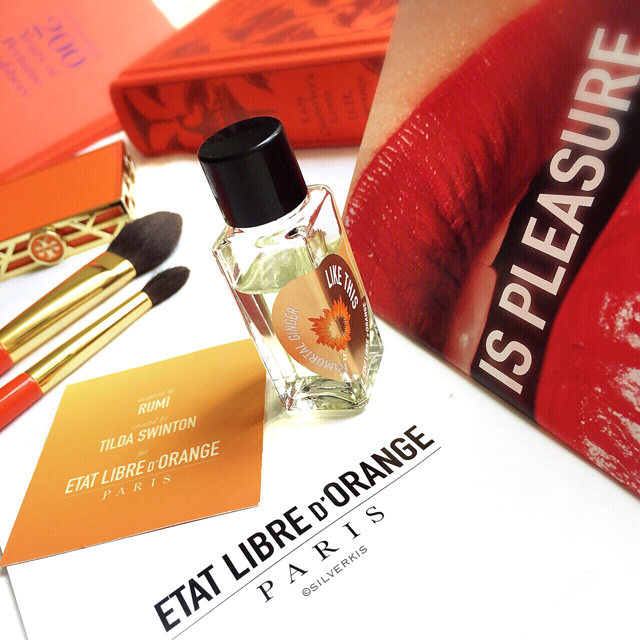 If anyone wants to know what «spirit» is, or what «God’s fragrance» means, lean your head toward him or her. Keep your face there close. Like this.

This is possibly my favourite poem of all time. It restores me like the smoke/rain/gingerbread/ greenhouse my scent-sense is fed by. It is a poem about simplicity, about human-scaled miracles. About trust. About home.

Like This was inspired by an old Rumi poem, and was conceived by Tilda Swinton to be a magic potion that she could carry with her wherever she went that would hold for her the spirit of home. The smell of fresh baking on a wooden table, fresh spring afternoon, lazy sunshine beating through the summer greenhouse, woodsmoke and whisky peat of the Scottish Highlands after the rain… The inspiration alone makes me want to curl up in bed with a cozy sweater and languish in endless daydreams. But do not mistake this for a simple, heart-warming fragrance, for that is quite the opposite. 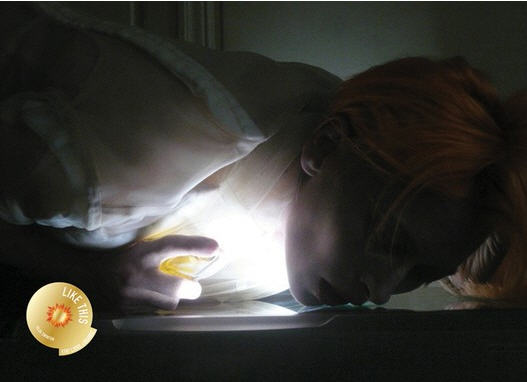 Like This starts out with a burst of citrus – yellow mandarin and neroli, but it has an airiness to it that takes away the tangy bite. In its place, is an interesting concoction of floral notes – rose de Grasse and immortelle; and spicy ginger. I’m not a fan of pumpkins in general, and until I read the notes, I didn’t notice it at all. But once I did, I could tell it’s there, in the background, lending a honeyed smoothness to the fragrance but nothing overt. Musk swirls around in the middle, providing that cashmeran effect.

Unlikely as it sounds, Like This reminded me somewhat of Chanel’s Coco Mademoiselle in the opening, but where Coco Mademoiselle took it to a pink floral end, Like This warms up like the color orange with ginger and herbal immortelle. The dry-down is the most interesting of all! After about an hour, the citrus and floral notes in Like This fades away to reveal a dry and smoky undernote. The fragrance notes read vetiver but it feels to me like the smell of leftover tobacco. This is where you either fall in love or hate it. Personally, I’m rather averse to the smell of tobacco smoke on garments, but I imagine it can be quite sensual to some, and manifest differently on various skin chemistry. The dry down is long, and lasts for 8-10 hours on me, with varying wafts of citrus/floral/herb and smoky tobacco until it eventually dies down to just tobacco close to the skin.

Tilda Swinton Like This by Etat Libre d’Orange is certainly an intriguing fragrance, and it is rather strong despite being surprisingly low on sillage. My first few tries with it, I merely dabbed on my wrists and a little on my clothing (because that’s the way I normally wear my fragrances) and was so lulled by its low sillage that I went overboard and doused myself on my 3rd try. When worn lightly, Like This felt edgy and very cosmopolitan, I can see myself wearing this everyday. The tobacco only started to annoy me when I got too much of it on my clothes, which is probably a lesson in the less is more mantra.

I was provided a small miniature sample by TFI Trading, the official retailer of Etat Libre d’Orange in Singapore, for my consideration.  All opinions expressed here are my own honest, unbiased views.