When we think of muses, we tend to look outwards at others for inspiration, gravitating to personalities that we admire. Perhaps somebody vivacious and bold, or someone mysterious and seductive? But in reality, we are all multi-faceted beings, and should be free to embrace the entire range of emotions such nuances evoke in us. For a modern femme fatale is not singular, but a complex, unique being. And capturing it all succinctly in a bottle, is Estee Lauder’s Modern Muse Chic. 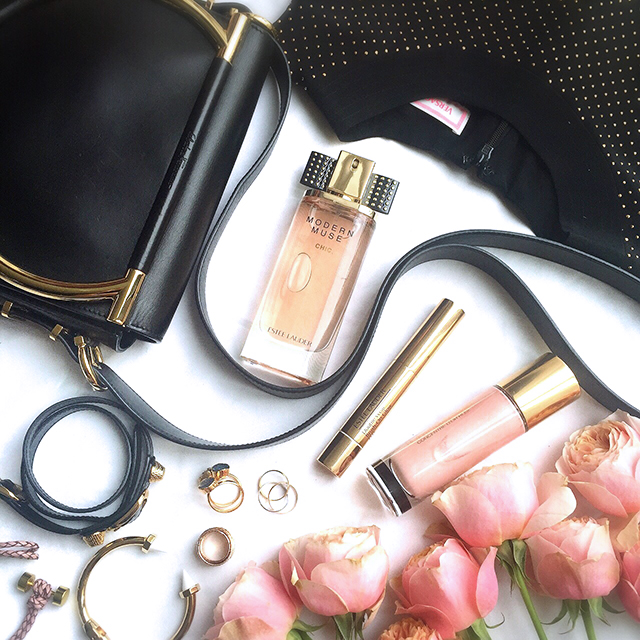 Modern Muse Chic is at once a vivid floral bouquet and a warm deep aromatic blend of ebony woods, a stark contrast in duality. It starts out with a big floral embrace featuring Jasmine Sambac strongly and supported by Tuberose and Stargazer Lilies. However, it is kept fresh with some juicy Plum and Davana, and something almost (but not quite) sickly sweet tantalizes my senses. 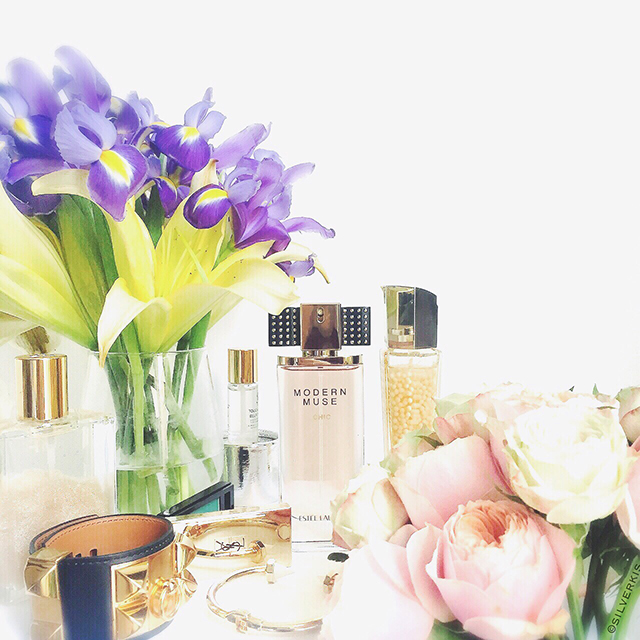 It is all too easy to take the floral accord to the very end, but instead, they open up to reveal a creamy heart and a sensual woody base. The fragrance notes read of Cashmere Woods, Oud, Labdanum, Patchouli, Suede Musks and Madagascar Vanilla…. All exotic ingredients that make me dream of velvet boudoirs, red wine and dimly lit rooms. 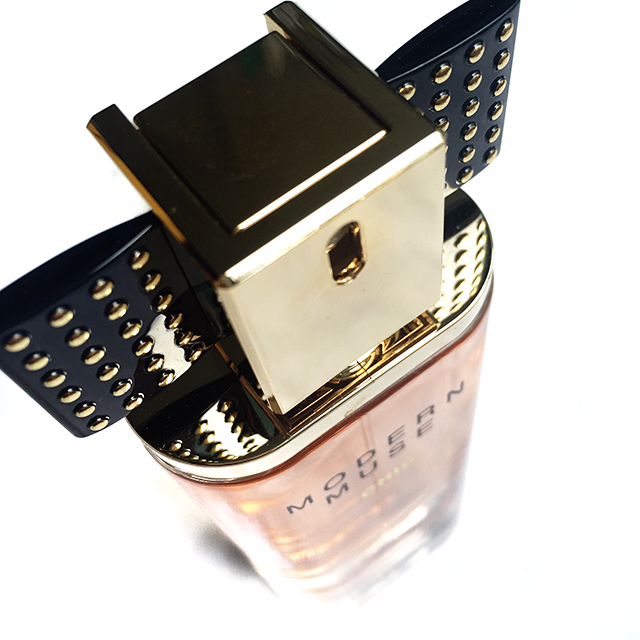 Estee Lauder Modern Muse Chic comes in a pink-tinted tall glass bottle with rounded sides and a navy bow adorned spray-through gold cap, similar to the original Modern Muse first released in 2013. The only difference is the bow is now marked with gold studs, a touch that makes it more chic and somewhat incongruous with the pink glass and smooth potion inside. Regardless, it is perhaps this study in contrasts that marks Modern Muse Chic, and makes it so beguiling. After all, it is our birthrights as women to be complex and varied, isn’t it?

This post featured a product that was sent to me for my consideration by Estee Lauder Singapore. Regardless, all opinions expressed here are my own honest, unbiased views.