My NY Story & a DKNY GIVEAWAY!!

Aaahh… New York… everybody who has ever been to the city has their stories to share. Perhaps the largest metropolis in the world, it is an epicenter of energy and a hotbed of creativity. I remember my very first visit to NY as a starry-eyed teenager… it was a crazy whirlwind weekend trip to attend the inaugural performance by Jon Nakamatsu at Carnegie Hall. I was college freshman living in Michigan at that time, and whilst others my age were crazy over Ricky Martin and the Backstreet Boys [now you know which era I belong to!], I was really into this American-born Japanese who defied his parents’ wishes to become a respectable teacher, and instead went to clinch gold medal at the Van Cliburn Competition [which is like the Oscar’s of the piano world]! I remembered it was a 3.5 hour solo concert, and following an amazing display of Rachmaninoff’s Piano Concerto No. 3 [often referred to one of the most difficult piano pieces ever composed], the entire Carnegie Hall was on its feet and refused to let him off the stage. I was really inspired by his life story, and NY became for me a symbol of all the possibilities of the world. 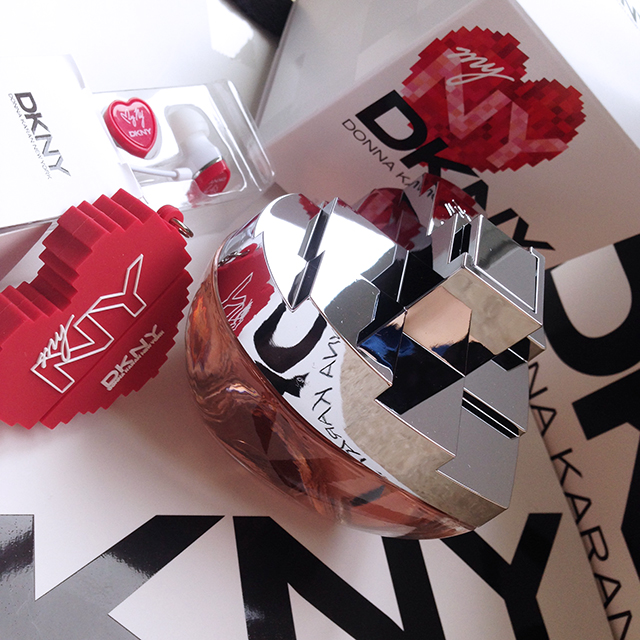 Fast forward to present day, I was intrigued when a bottle of DKNY’s latest fragrance landed on my table. Here is a uniquely shaped bottle that is distinctly DKNY with its rounded bodice reminiscent of those Be Delicious apples; combined with a city skyline above. I’ve never seen anything quite like it! 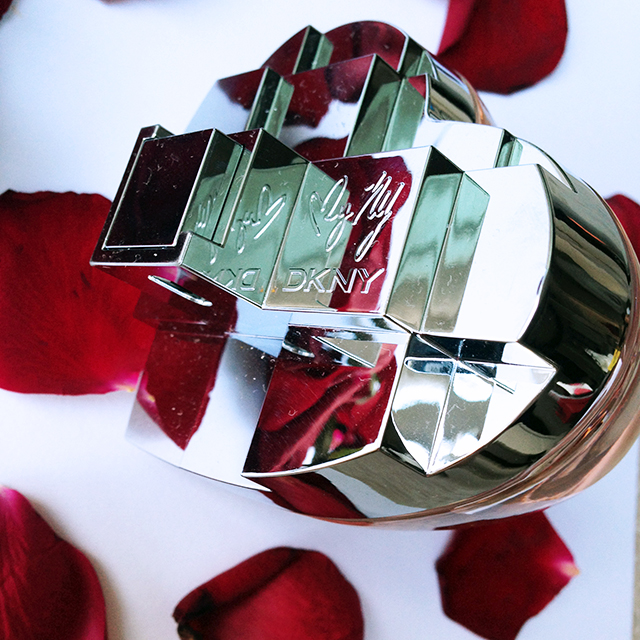 DKNY My NY embodies the true New Yorker, the cosmopolitan girl who knows what she wants and is out to get it. It has the distinct fresh zesty feel as other DKNY scents, but it is definitely more grown-up. At first burst, I got raspberries and pepper; but it was made more ladylike with florals such as Egyptian jasmine, freesia; and rounded out with just a hint of vanilla and patchouli.

I have to be honest, I’ve never been a huge fan of DKNY fragrances as they tend to be rather fruity and light whereas I generally prefer something warmer, muskier and a little more bespoke. So I was somewhat apprehensive when I took the first whiff. Whilst I cannot say this is going to be my signature scent, there is an ease about DKNY My NY that I think will suit many city girls. For daily wear, I appreciate the adaptability of this scent, keeping you well heeled in the crowded train, perfectly professional in the boardroom, and still fun enough for after work drinks. Would I wear this to the Met Ball? Probably not. But for a whirlwind weekend trip, concert followed by dinner in Chinatown? Love.

“Every person has a signature. Just some people don’t know it yet.” – Rita Ora

It has been a very busy year thus far, and i’m finally taking a short vacation with my hubby!  We’re away in Bangkok this week, and will be back soon hopefully with fresh fodder!  Meanwhile, i’m leaving you with………

Can you believe it is September already?!?? It has been a really amazing year, and Silverkis’ World has gone so much farther than I had expected it to.. all thanks to YOU! So, I’d like to give away a bottle of DKNY My NY Eau de Parfum 100ml as a token of my appreciation.  Let me know you’d like to win this bottle of DKNY My NY by logging in your entries in the Rafflecopter widget below! xoxo