Every Spring, Dior releases its Dior Snow beauty collection for the Asia market, which is usually also made available in the US in the summer.  This year’s Dior Snow collection is titled First Blossom, and consists of 2 stellar limited-edition Dior Vernis – #005 Snow White, and #045 Stardust. 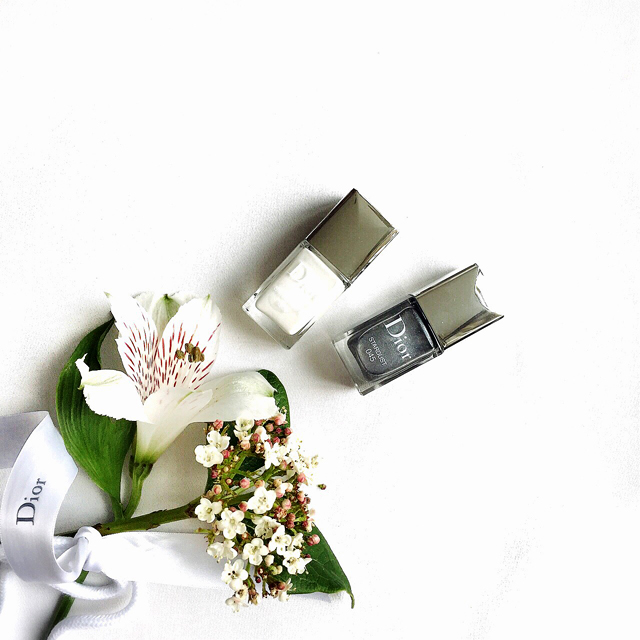 Dior Vernis 005 Snow White is a creamy white which is extraordinarily chic in my opinion.  I’ve been looking for a good white polish for a long time, and had almost given up until I found Snow White.  It is nicely opaque in 2 coats, and is self-leveling so it does not leave any streaks no matter how you slap it on.  Snow White dries very quickly leaving a beautiful shiny finish that does not require an additional top coat. 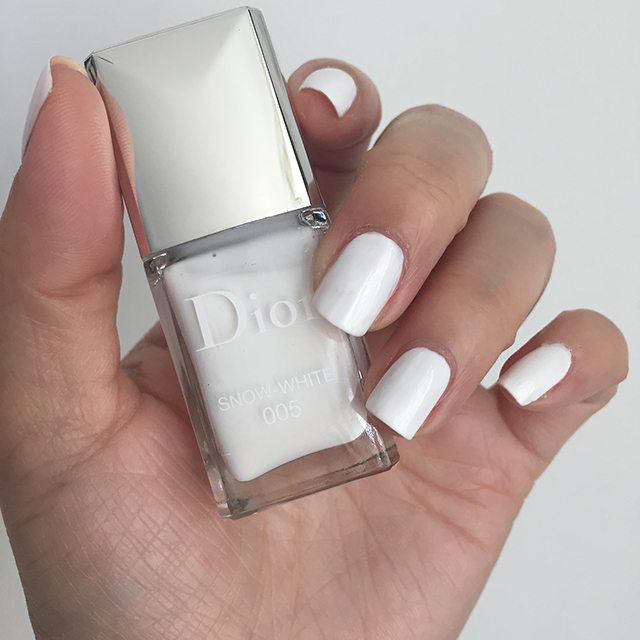 Dior Vernis 045 Stardust is a shimmery silver polish that is suspended over a semi-translucent base.  It is buildable though it takes 3 coats to achieve full opacity.  Alternatively, you could apply it over Snow White or a dark creamy base for an added layer of shimmer. 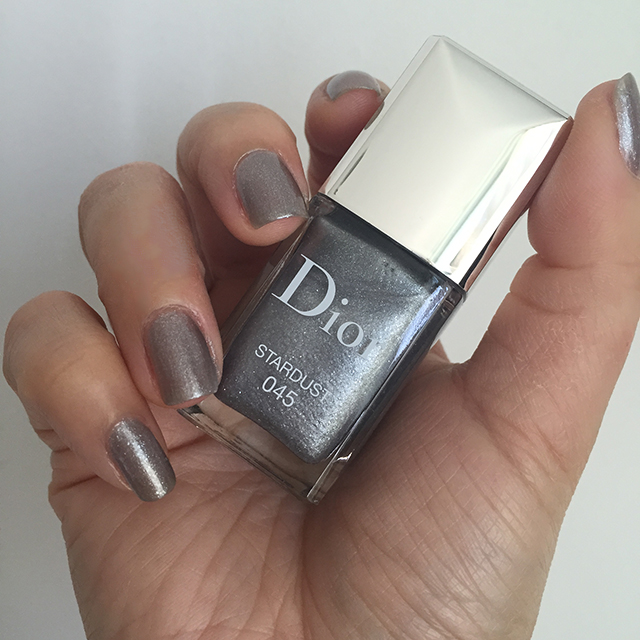 Stardust surprised me as I had initially dismissed it thinking it was another silver polish, but it applied much softer on my nails, and has a slight duochrome complexity to it.  Under some light, it cast a soft pink tinge, and the shimmers are much finer and they come alive under low lighting. 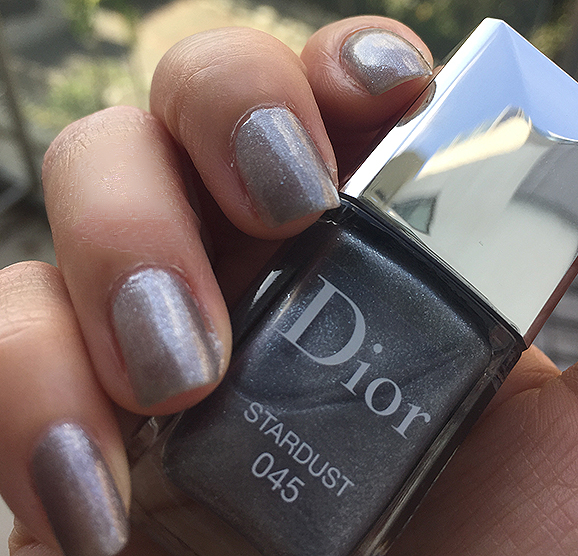 There is some visible brush strokes with Stardust, but it is not obvious due to the shimmers.  And it dries quickly to leave a shiny finish.

Both Dior Vernis 005 Snow White and 045 Stardust are limited edition releases, and are now available in most counters in Asia.  It is expected to be out in the US in the summer.