Last week took an interesting turn, first it got very good, but then it ended on an absolutely vile note.  And all I want to do is write a particularly nasty email, but instead I spent last night with a bottle of Italian Chianti and most of today playing with my little one.  It’s my form of therapy.  We were out late at the Singapore Night Festival, you can check out my #instastory for some snaps before they expire!  And before Sunday dawns, I’d like to quickly show you the 3 other items that I’m currently loving from Dior Skyline Collection for Fall 2016! 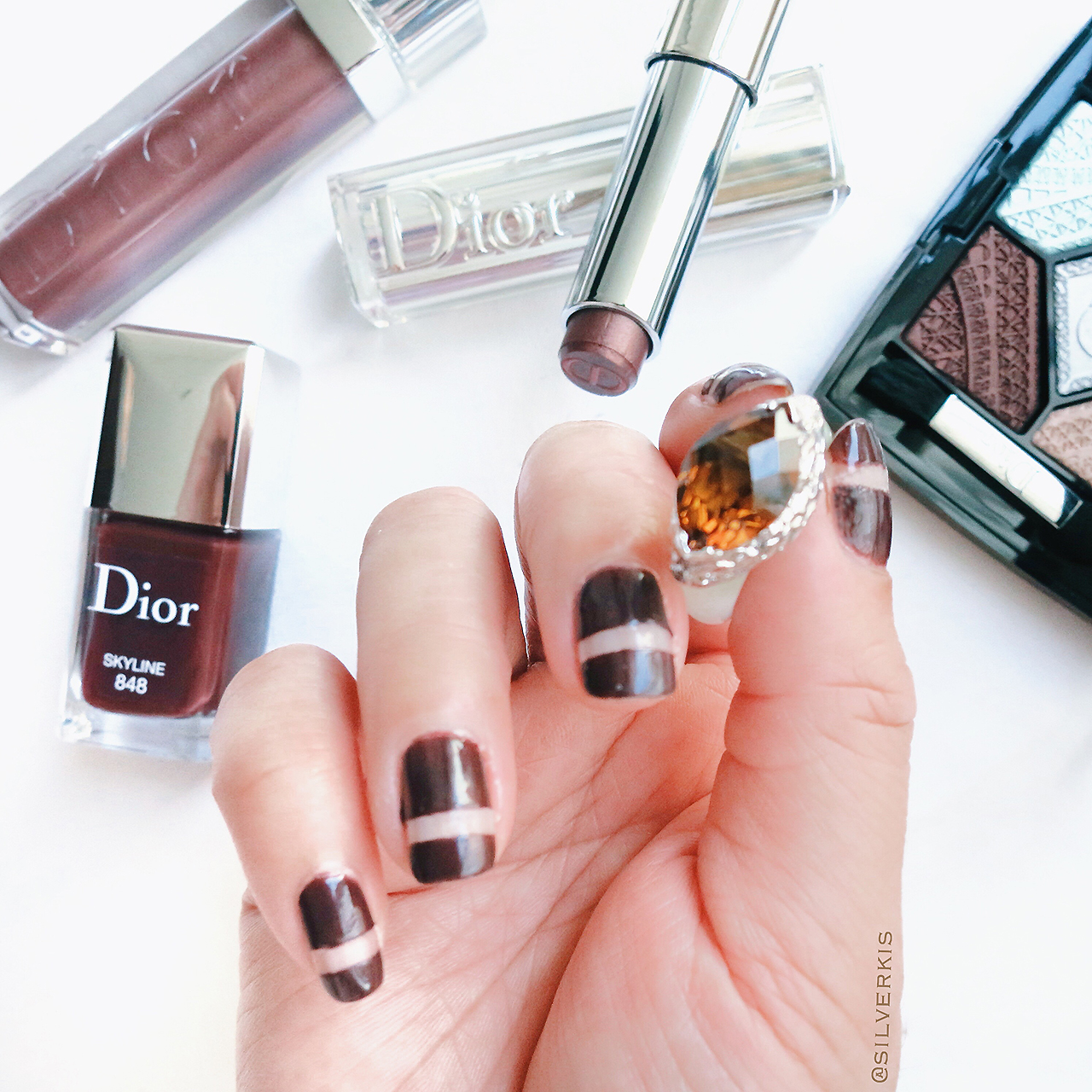 I had initially planned for a #manimonday post, but it really made not much sense breaking them up into 3 short posts, so I figured let’s just get the entire collection covered within the week.  There are browns, oxbloods, even burgundy polishes in the past… but there is something about Dior Vernis Skyline (848) that just appeals to me.  I want to wear this over and over, all the time and never stop. 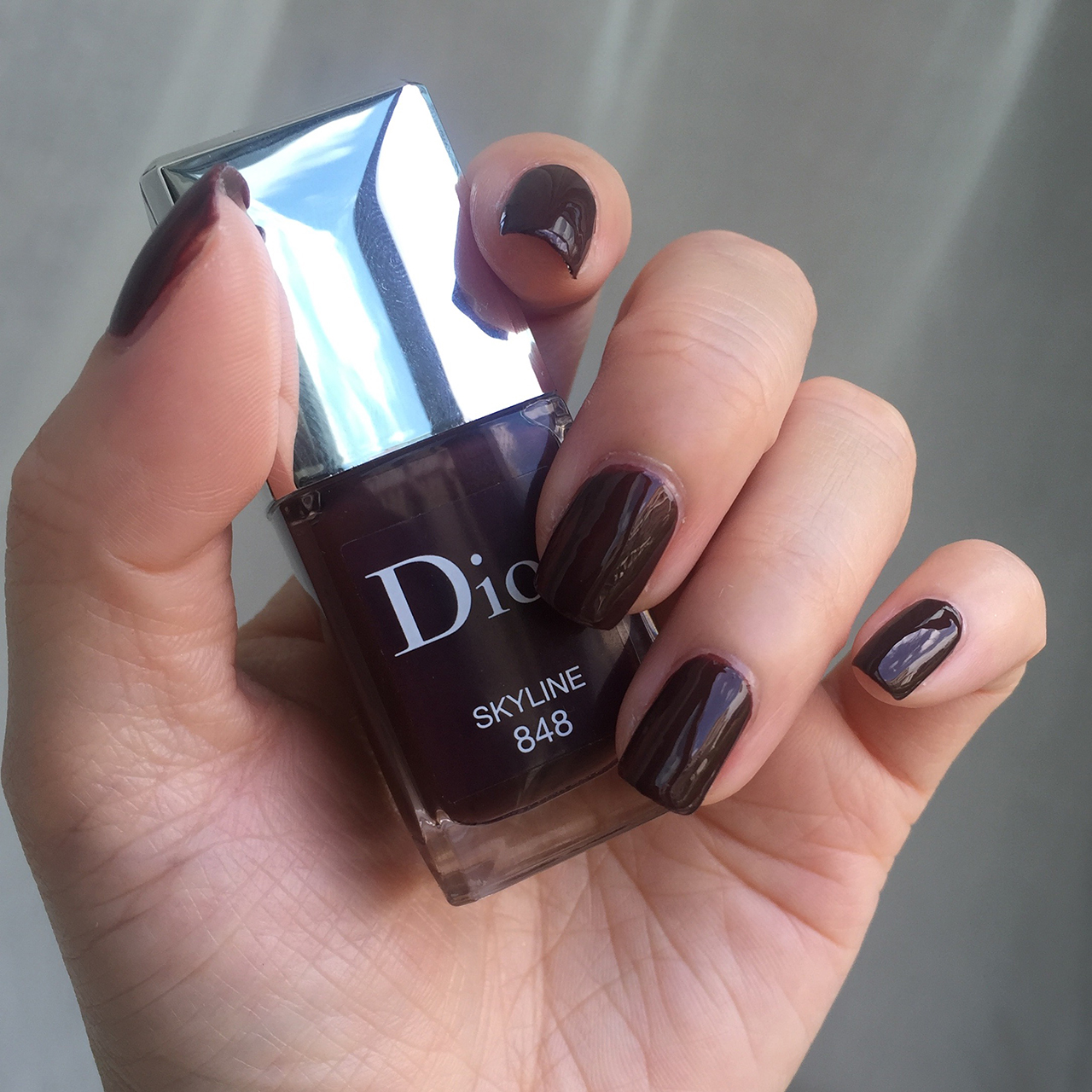 Skyline is that perfect balance of red and brown that is quite rare and is impossibly chic on my nails.  It is clearly more brown than plum, but the red-tones in it are unmistakeable, preventing Skyline from turning too yellow.  And yet, it is not so red as to become oxblood, which is quite dated now in my opinion.  It has been several seasons since I picked up any Dior Vernis, and I definitely missed the formula and the easy to use wide flattened brush.  Easily opaque in 2 coats, and with a nice glossy finish that lasts! 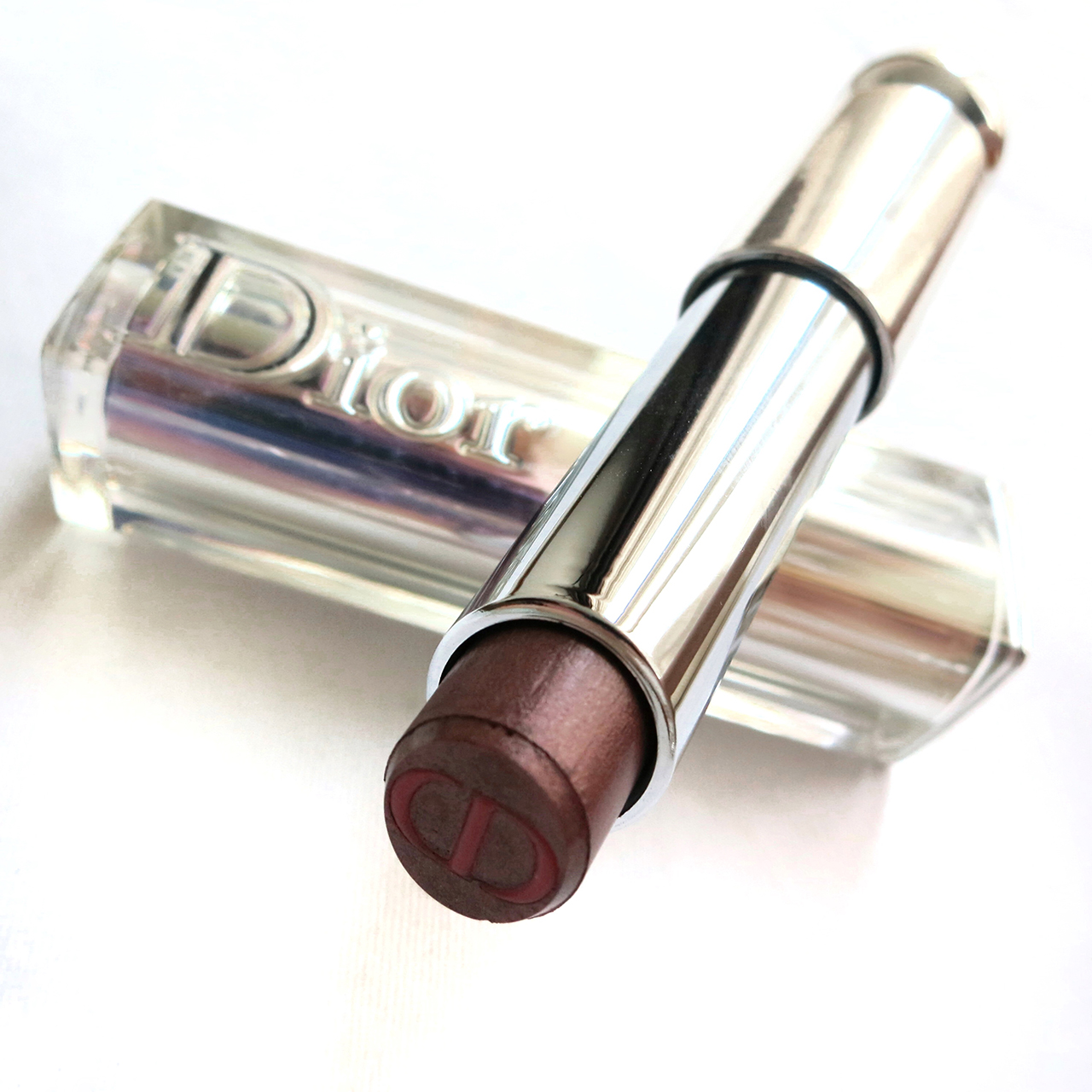 Turning over to the 2 lip products that I was not planning on picking up at all, but was lured by the incredibly sexy campaign image and finally succumbed.  As a friend recently noted, I hardly wear browns on my lip, so it was quite a surprise that I found myself irresistibly drawn to Dior Addict 927 Sophisticated.  I had reviewed the formula of these Dior Addict Lipsticks last year, and Sophisticated stays true to that formula.  It is somewhat sheer, although the color is easily visible with the first swipe, and buildable to a decent level of opacity.  Sophisticated is a medium cool-toned brown with a tinge of juicy plum, and contains some light pink and silver micro-shimmers. 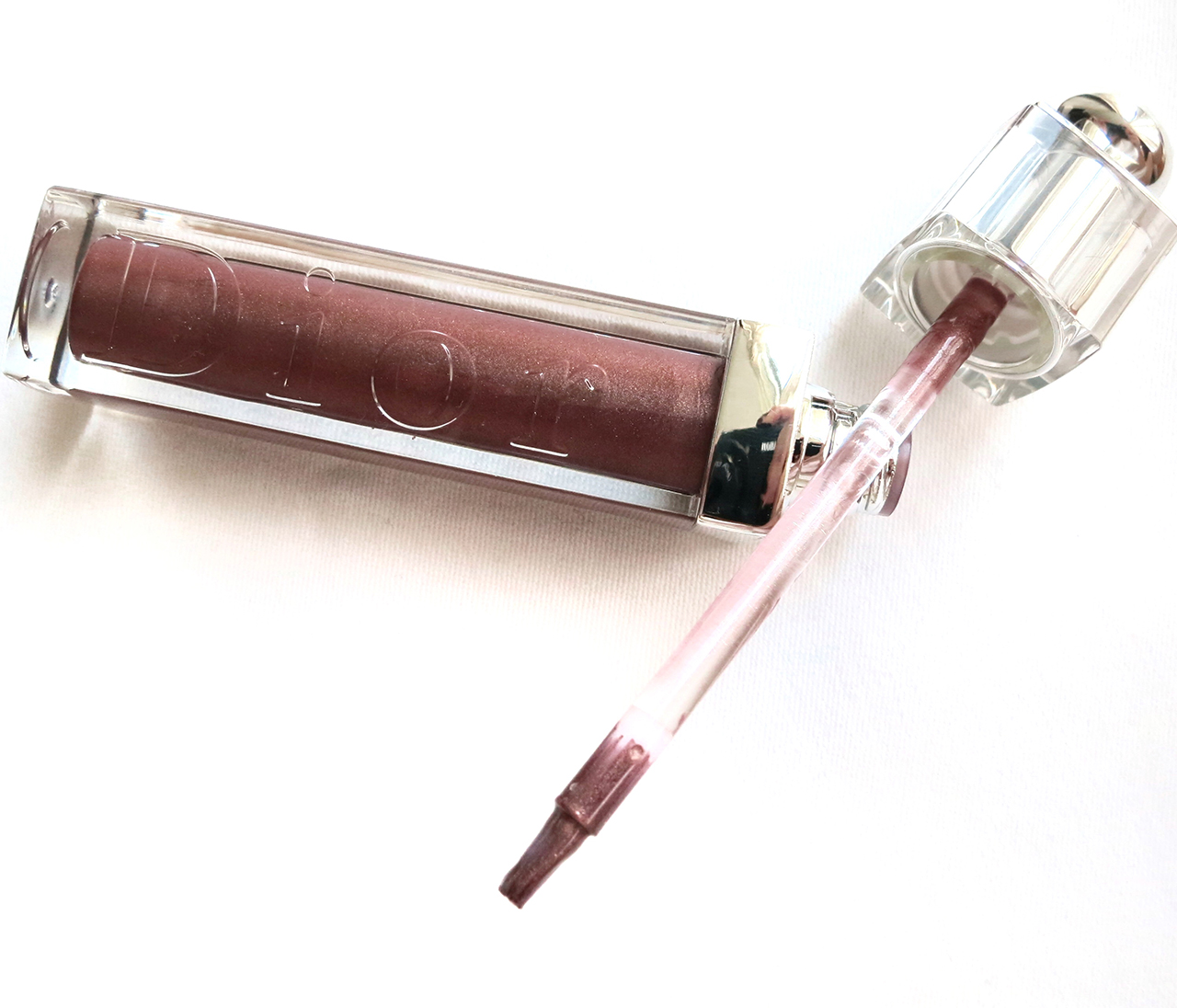 Accompanying the above, is Dior Addict Ultra Gloss 929 Scandalous.  Dior recently updated these glosses, and they are now formulated with hyaluronic acid spheres that help to keep the lips plumped and moisturized.  Scandalous is the same plummy brown shade as Sophisticated, although it seems to be slightly darker, depending on how much you pile on.  It contains more pink and silver shimmers, so that it results in a strong metallic sheen when applied on top of Sophisticated.

And here are the swatches: 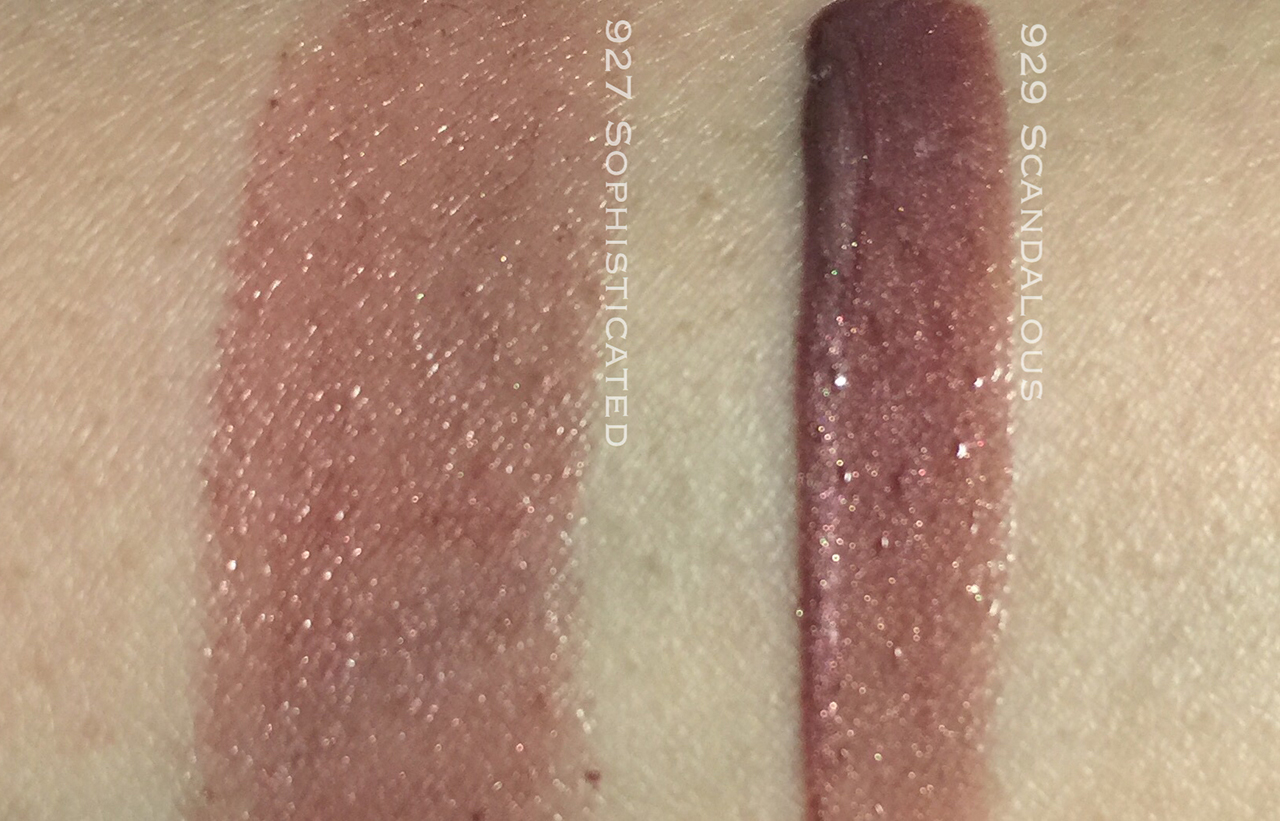 Both Sophisticated and Scandalous have quite a bit of slip to them, and goes with the first sip or bite.  However, when left alone, they last for quite a few hours.  They are really gorgeous when worn together, Scandalous brings out the intensity of the color.  The only thing I would caution is, Scandalous tends to migrate out of the lip line when applied on top of Sophisticated, so a good lip primer and liner are highly recommended to keep it in place.

You have already seen both of them in action in my last 2 posts, but I’m reproducing the full makeup looks here for your reference: 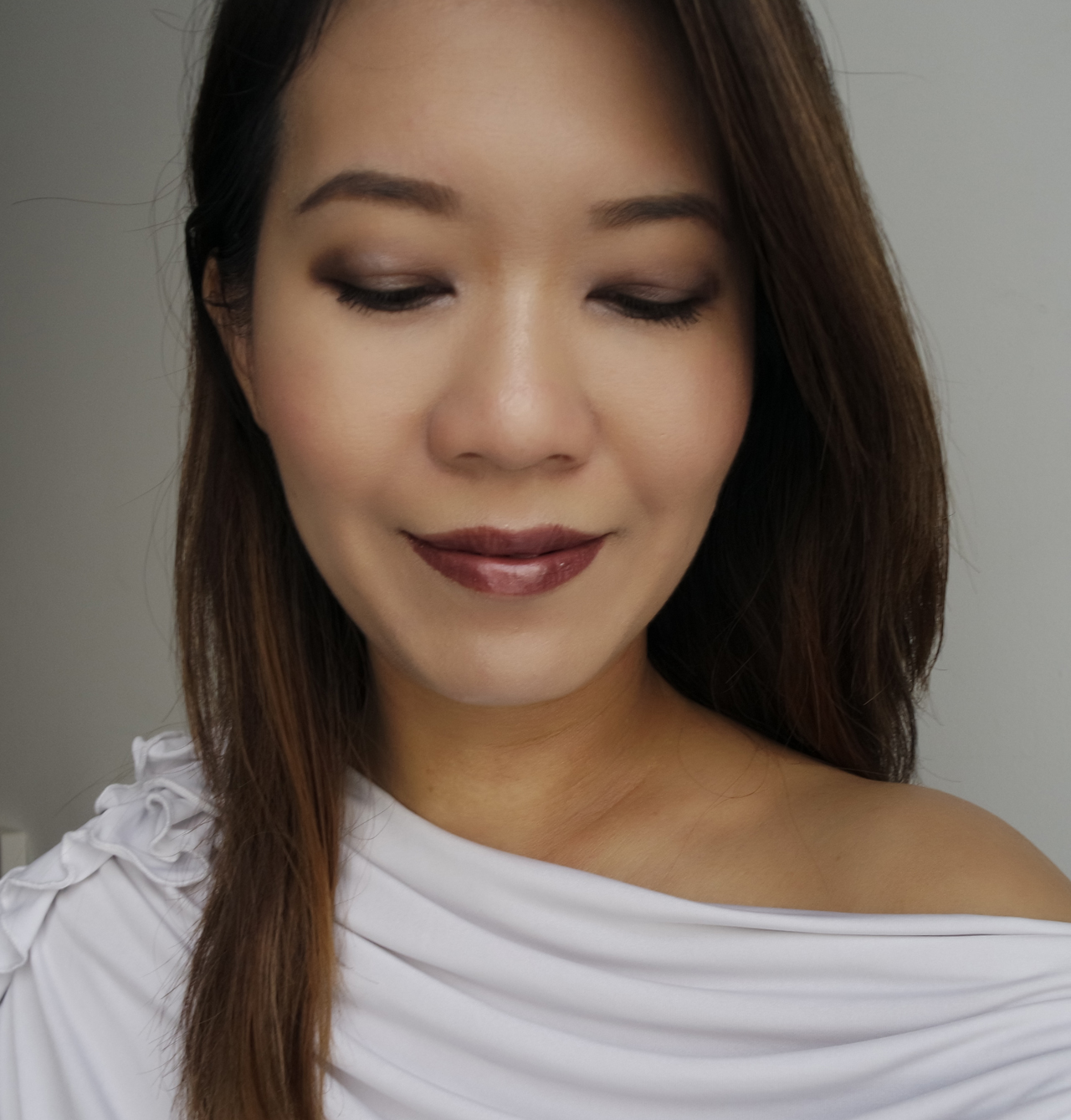 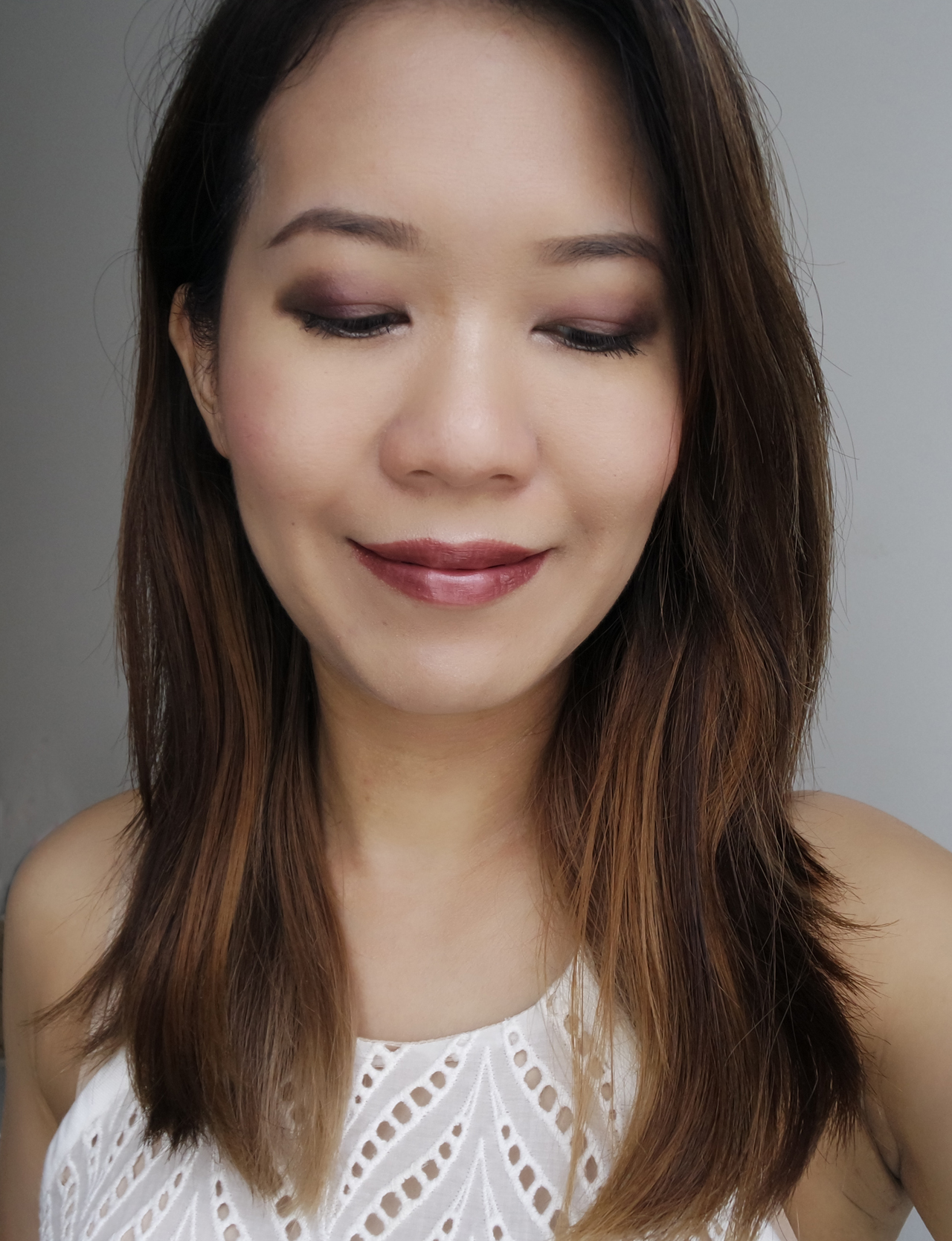 And here’s another one featuring Dior 5 Couleurs Palette in Capital of Light [reviewed here].

Have you picked up anything from Dior Skyline Collection for Fall 2016 yet?!  Which is your favourite so far?