For Spring 2014, Dior’s Trianon collection (first reviewed here) has an extended Dior in Bloom Kingdom of Colors Collection, which is exclusive to Japan.  Kingdom of Colors consists of a few limited edition items, but in my opinion, the star of the show is the exclusive Dior My Lady Blush! 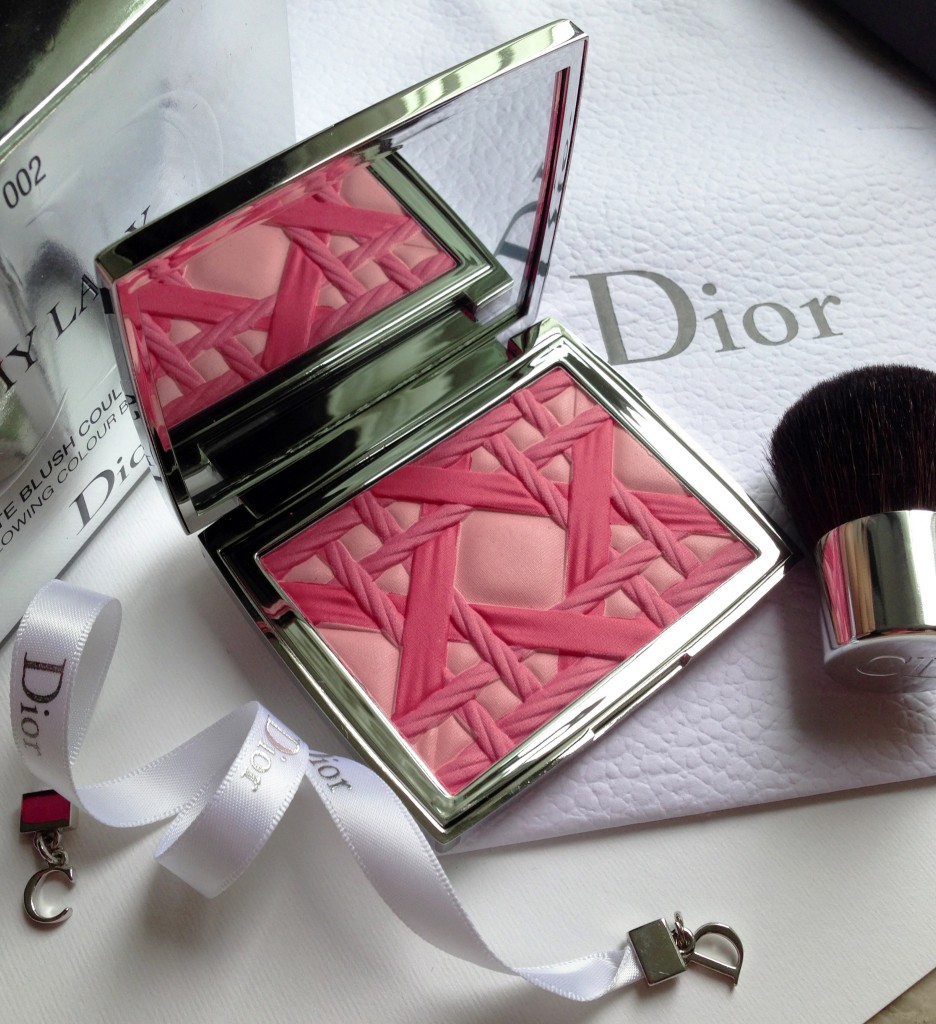 There are 2 renditions of the Dior My Lady Blush – 002 Soft Coral as I have here, and 003 Pink (reviewed here).  Based on press images available online, I have expected Soft Coral to be, well… more coral.  However, it is actually a medium neutral pink (if you look hard enough perhaps some tinges of peach emerges).  It is embossed with Dior’s iconic Cannage interlaced-woven design, in 3 varying hues.  Look how pretty! 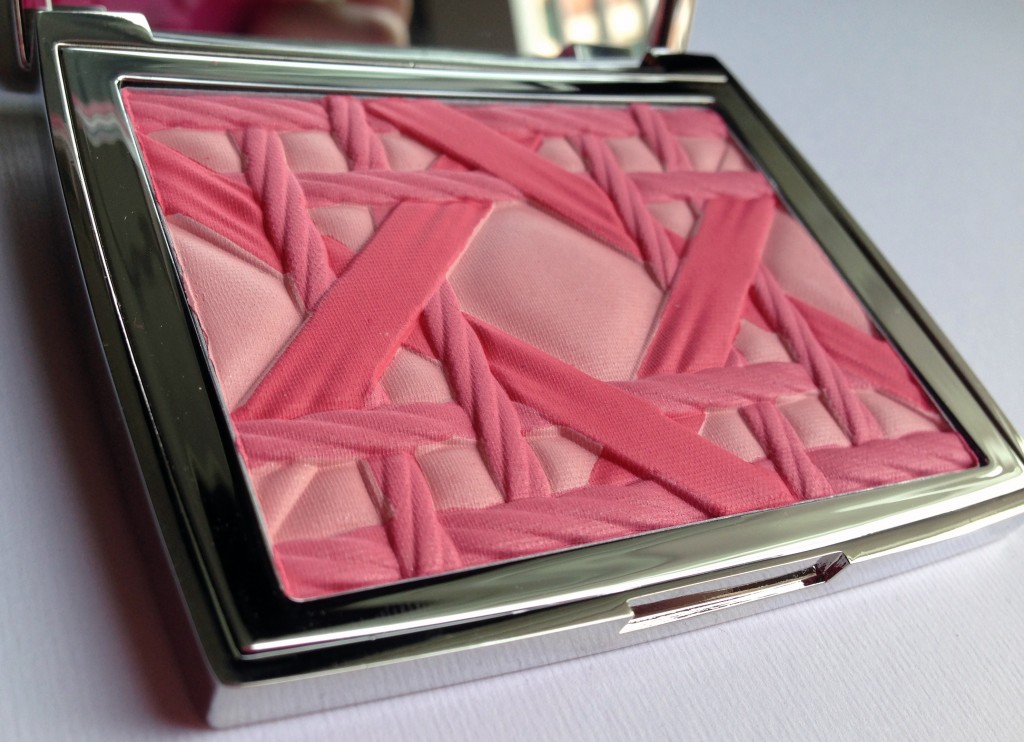 The blush itself comes in a hefty shiny silver case protected by the standard black velvet sleeve.  There is also an accompanying mini kabuki brush protected by its own blue velvet jacket. 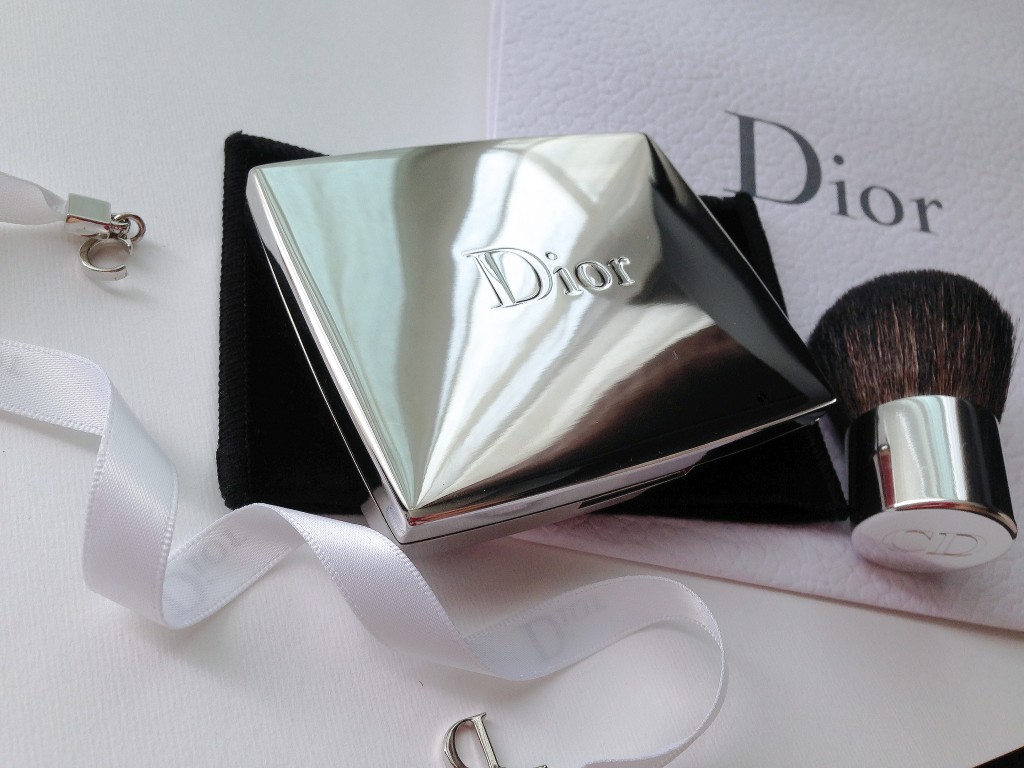 Soft Coral feels somewhat hard to the touch, and it took a firmer touch and a bit of swipes to swatch properly.  However, with a dense cheek brush, it was easy to pick up enough for a lovely, blendable flush that lasts throughout my day!

And since this is not easily accessible outside of Japan, here are a few comparison swatches to help you decide how far you’d go to get hold of it:

I grabbed a few of the blushes that I thought were of similar color depth:

Dior My Lady Blush (7350 yen for 10gm) is only available in Japan (Isetan, Shinjuku) for a limited time, and may be already soldout by now!  But it doesn’t hurt to beseech the makeup gods to dispense more of such beauties on us!

This blush has now been released at Saks Fifth Avenue, and is available for purchase online at USD60 each!!  They are named “Diorblush Cannage Edition” for your information.

0 responses to “Dior My Lady Blush in Soft Coral”