There is nothing that speaks of opulence and luxury as well as the color gold. So for the 2nd year running, Dior has turned to gold packaging and woven gold throughout its Holiday collection. There is no disregarding the fact that it is beautifully designed, but for makeup-holics who have been seen their fair share of holiday collections, this year’s Dior Golden Shock Collection just seemed too familiar. 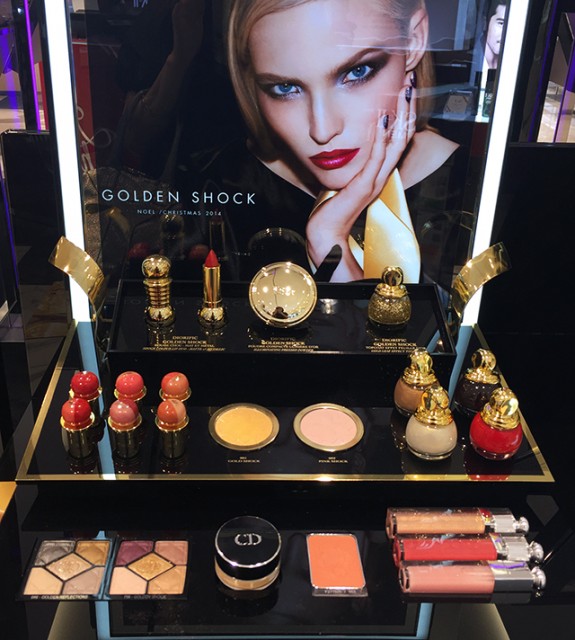 What is new, though, are the Diorific Golden Shock Colour Lip Duo which are all limited edition. They are completely unique, I’ve never seen anything quite like these! 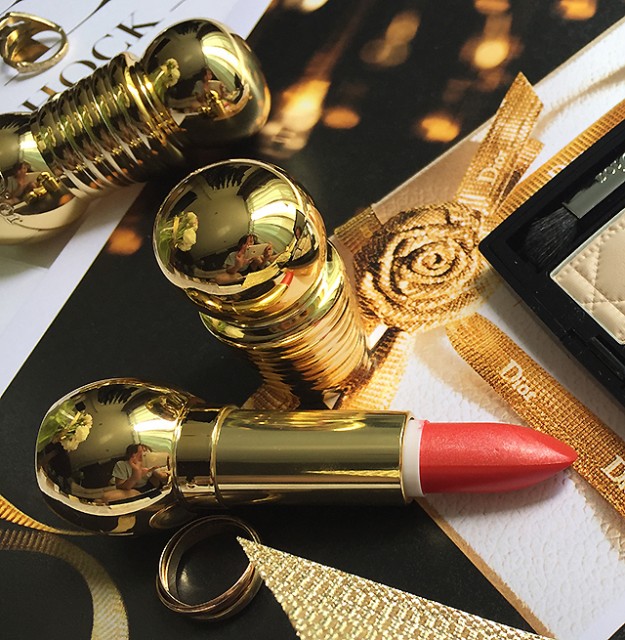 The Diorific Golden Shock Colour Lip Duo comes in the golden barbell-shaped tube which was the same as last year’s Diorific lipsticks. However, this year’s rendition features 2 different lipstick color and finishes in 1 tube, split equally vertically down the center. One side contains the standard diorific pure colour formula with a velvety matte finish, and the other side is a lighter, sheerer, shade with metallic shimmers. There are 8 shades in the collection, and swatched below:

I picked up 006 Ardent Shock which is a warm-toned coral red (I had hoped it would be more orange based on my initial swatch, but it ended up pulling more red on my lips). I was pleasantly surprised to find the velvety matte side to be very comfortable and moisturizing on my lips, and lasted a good part of my day! It may not be quite as long-lasting as the Tom Ford Lip Color Mattes (reviewed here), but it is quite close, and far more moisturizing. The other shimmery side of Ardent Shock did not last as long on me, and disappeared within 2-3 hours. It also had a rather “hard” texture on the bullet, and needed many swipes to build up sufficient coverage when worn on its own.

The design of the half-half bullet made the Diorific Golden Shock Colour Lip Duo rather tricky to use straight from bullet to lip. I was deathly worried that I’d break it by pressing too hard, and if I were to try to use the pointed ridge at the top for precision, I ended up getting more of the velvety matte side. So a lip brush became a necessity for this lipstick. 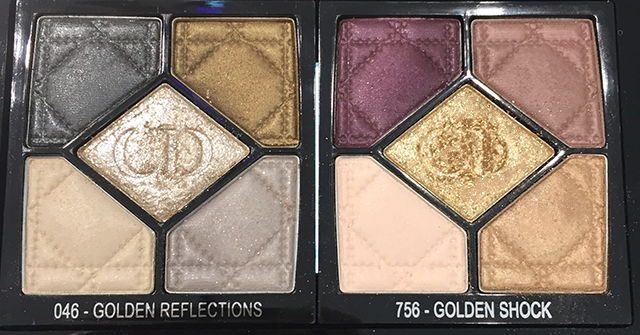 During one of my lunchtime sojourns, I swatched the two Dior 5 Couleurs Eyeshadow Palettes in the Golden Shock Collection just out of curiosity, and was pleasantly surprised! As regular readers will know, I’m not a big fan of the new Dior eyeshadow formula as they’re generally more expensive and not as soft / creamy to the touch as others in its league. However, these still apply relatively well on the lids, certainly improved over the older formula, and there are some interesting color combinations that I’ve not seen elsewhere. In particular, I really liked the Dior Golden Reflections (046) 5 Couleurs Eyeshadow Palette!

The swatches, from left to right, are:

To be completely honest, I had picked up Golden Reflections as a way to challenge myself to make grey work on my lids. It was not until I’ve had the chance to really play with this palette over the course of a few days that I uncovered the hidden shimmers in the light dove grey shade and fell in love with it. 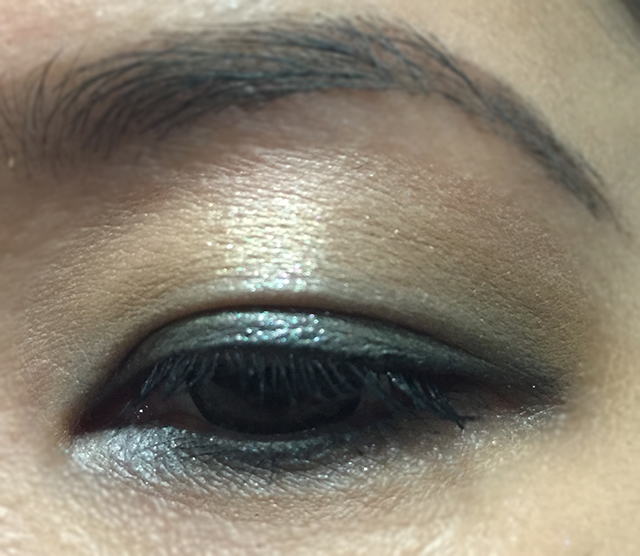 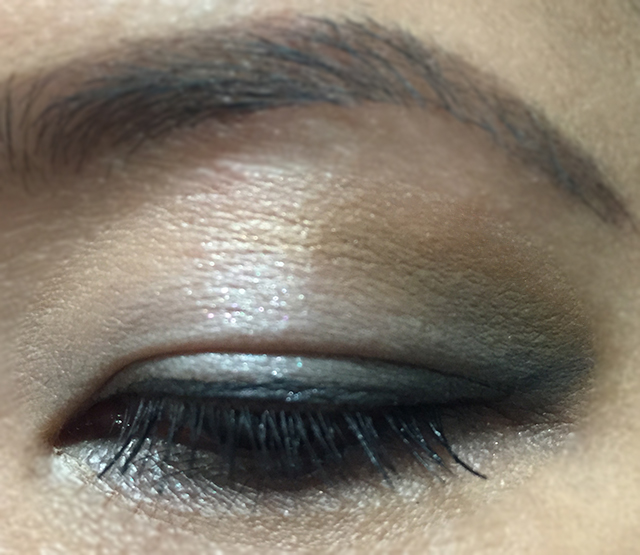 And to put the look into context for you, Dior Golden Reflections 5 Couleurs on the eyes, and Diorific Golden Shock Colour Lip Duo in Ardent Shock on the lips. 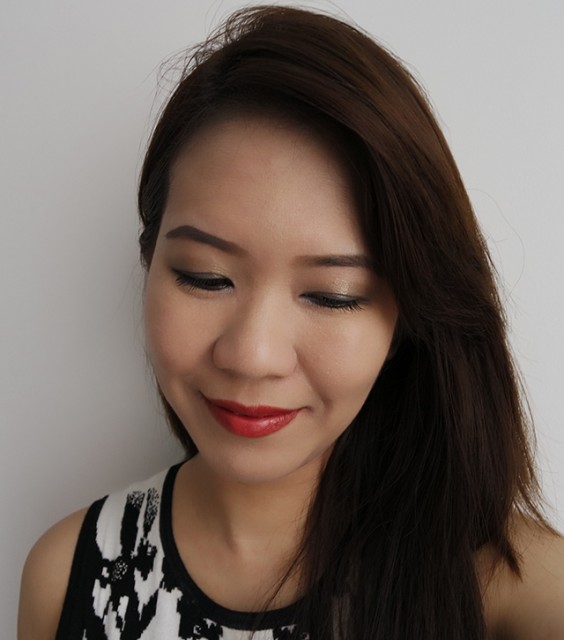 Granted, there are better eyeshadow formulas out there, but todate, I’ve not had any problems with these shades creasing or falling out. The key would be the color story here, which I think makes an interesting alternative take on the smokey eye. And I am pretty much OD-ed on purple and gold palettes… it’s been done for spring-summer-fall-winter over and over again. In fact, it is quite similar (albeit warmer and more reddened) to last year’s Constellation Palette for Holiday 2013.  But just in case, here is a swatch of Golden Shock for those of you who need more (please pardon the bad store lighting)!

Have you picked up anything from Dior Golden Shock Holiday 2014 Collection yet?