I had a harrowing day yesterday… on my way to work, I collided into a taxi and was rear-ended by another, followed by another. Yup, 4 cars in total. Epic mid-week drama. So there I was, standing between 3 men, and fully expecting all 3 to turn belligerent as Singaporean drivers are wont to (the #1 advice given to drivers in an accident is “DO NOT ADMIT LIABILITY” – I kid not!). So I was really surprised when the event turned into a friendly sort of meet-and-greet. Mr Car #3 whose Mitsubishi was totally trashed offered me his business card with both hands. How nice! And Mr Taxicab whose rear I bumped actually offered an explanation on my behalf – I must have hit him only from the impact of Cars #3 and #4 colliding into me. Of course! And Mr Car #4 totally empathized with me – I couldn’t help jam-braking, it’s always the Taxi’s fault.

Pleasantries exchanged, we sort of just went on our separate ways. Mr Car #3 a.k.a. trashed up Mitsubishi even joked, “I wonder if my car will even start”. Completely baffled, I didn’t think it appropriate to break out in hysterical giggles until I got back to my car. And looking into the mirror then, I marveled that nobody suspected me a terrorist, what with half my face covered by my Gucci shades. Oh, and those red lips. 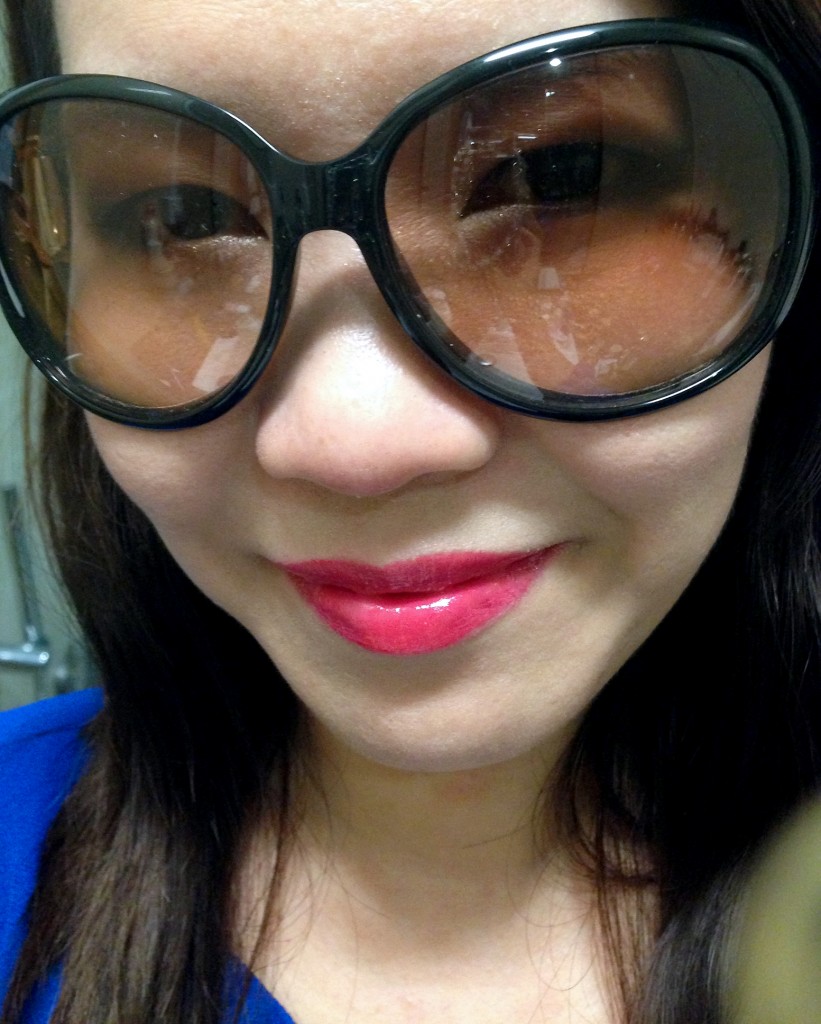 Aaahh… Lady Dior! Nobody does va-va-voom lips better than these Dior Addict Fluid Sticks! Could this be the reason?? Nothing like some sexy pout to clear up befuddled heads eh?

Newly launched worldwide, there are 16 shades to the Dior Addict Fluid Sticks. But it seems Singapore has only received 14 so far. Don’t ask me which shades are missing, my post-apocalyptic brain can’t process. I managed some swatches though, in case anybody is interested. 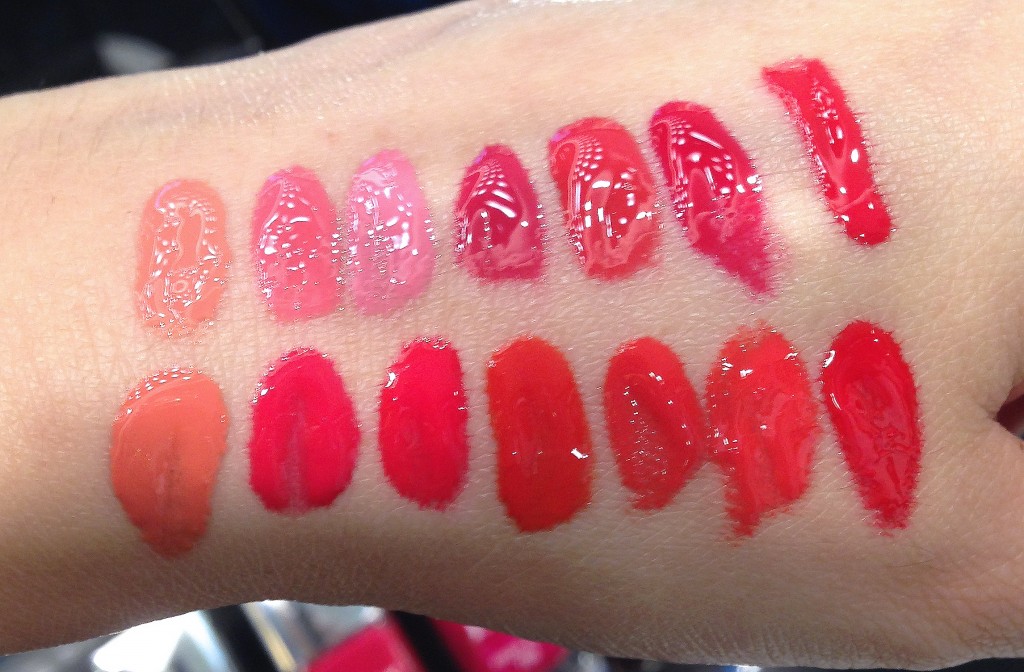 These are lip lacquers, in case you are still wondering. Thicker in texture than YSL Glossy Stains (here’s a review on the Rebel Nude series of Glossy Stains if you’re curious), though not quite as long lasting. But they sure come packing a punch of color, and remain glossy throughout the 2-3 hours they manage to stay on in full force. Even with 14 shades to choose from, I found all of them to be rather the same, just varying degrees of red. Even the pinks turned reddened on me. The only exceptions were a couple of browns, and 2 baby pinks. I wished there were a few in-between pinks, as the browns and baby pinks look like death’s kiss on me. Totally inappropriate for post-crash celebration of life.

One thing is for sure though, #575 Wonderland is the stuff of dreams. 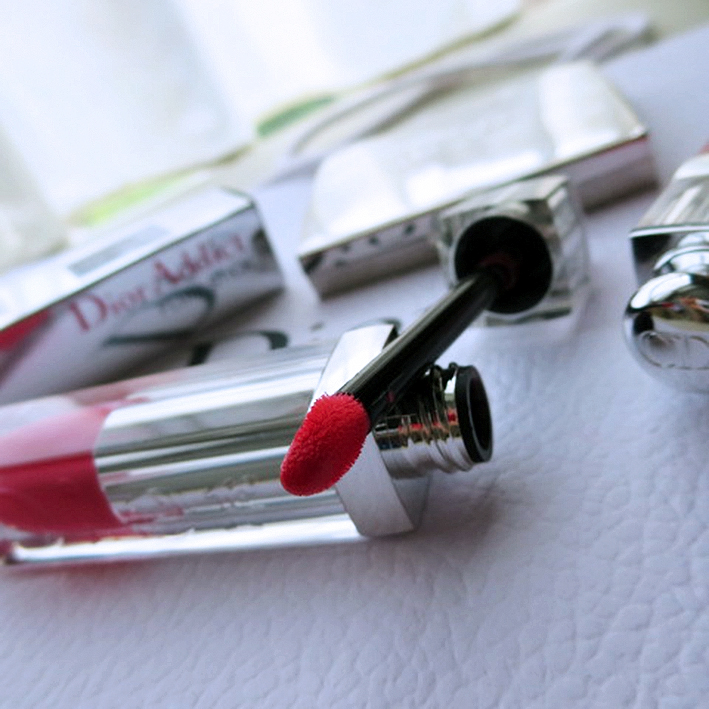 Dior Addict Fluid Stick #575 Wonderland is a bright fuchsia red that leans to the cool.  The sponge doe-foot applicator is wide and covers the lips comfortably.  I did have to dip it back in the tube twice to get a fully opaque coverage; but it works well gently dabbled on all over with a finger for a sheer even wash of color too.

As the name implies, Wonderland will get you out of nearly any sticky situation.  The only problem though, is it is rather sticky on its own.  In this day and age of non-sticky glosses, it takes a bit of adjusting.  And it does leave stains, and feather somewhat on me.  So, I would probably reserve this for special occasions where I need to unleash the sexpot.