If there is ever a brand that I had coveted from afar, it would be Cosme Decorte’s AQMW line.  Cosme Decorte is a premium skincare and makeup line owned by Kose, and its AQMW range is the brand’s ultimate luxurious offering (AQMW stands for Absolute Quality Miracle Wonder).  Even though K-beauty is currently trending, I have always had a soft spot for Japanese makeup, and am really excited to be able to try out the new Cosme Decorate AQMW Eye Glow Gem! 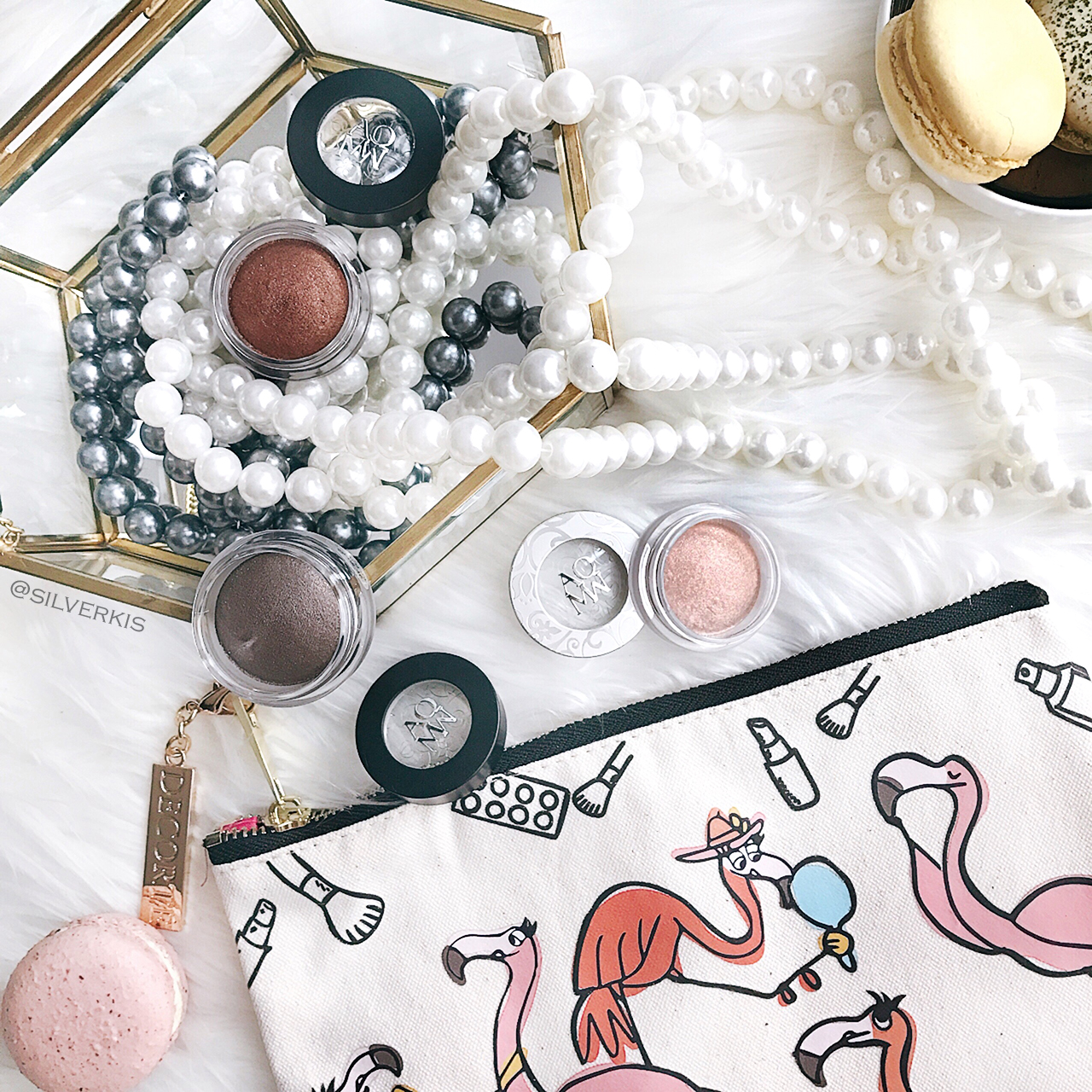 This Summer 2017, Cosme Decorte has released a new range of eyeshadow monos named AQMW Eye Glow Gem.  These are a new hybrid texture that has a bouncy marshmallow feel (reminds me of Chanel’s Illusion d’ombre), they go on like creams, but feel super light almost gel-like on the skin.  Once applied, they dry down and set like a powder, though with a very elegant soft shimmer that gives dimension without becoming too bling.

There are 10 permanent shades and 2 limited edition seasonal colours.  I have 2 of the regulars and 1 LE to show you today. 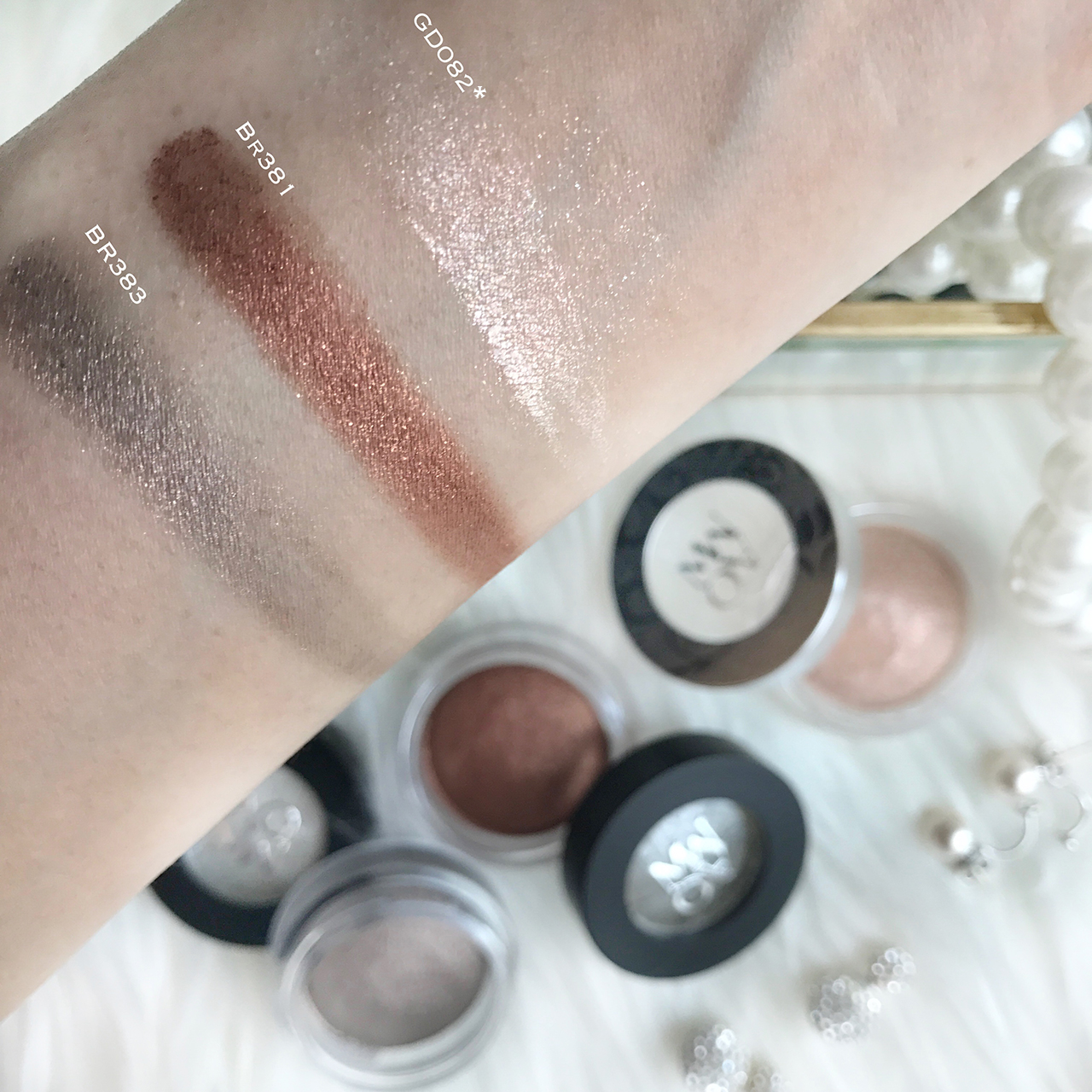 I can see lots of women wanting to wear these 3 shades: 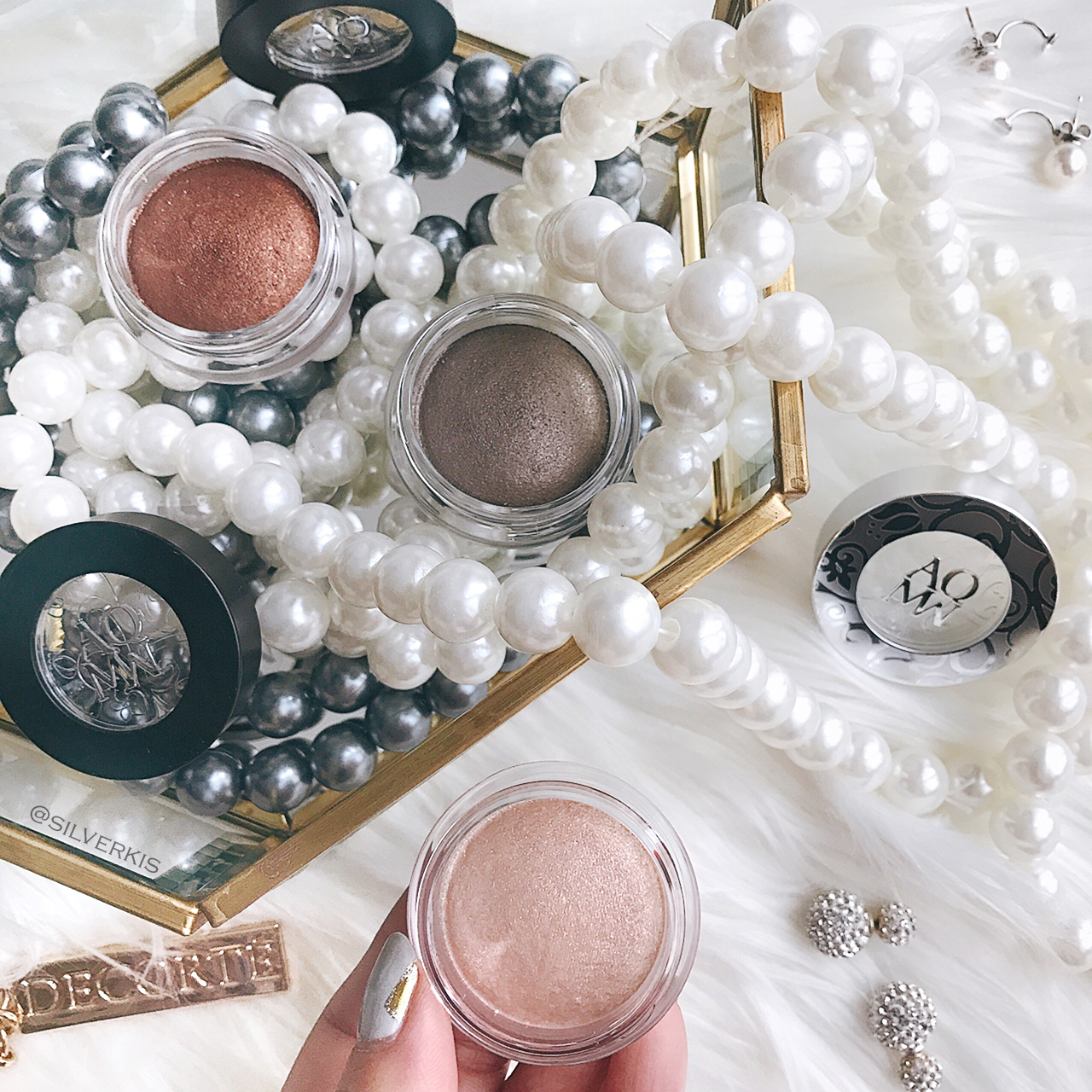 The Cosme Decorte AQMW Eye Glow Gem comes in a round pot made of good quality plastic  that is more practical for traveling with than glass.  A black screw-cap (silver for the limited edition) keeps the contents safe, whilst a clear window in the center of the cap allows you to see the colors easily.

I found the color intensity to vary between the 3 shades, although they are all buildable.  GD082 in my experience did not go on as smoothly, and tended to be rather chunky, and I also had some fall outs. 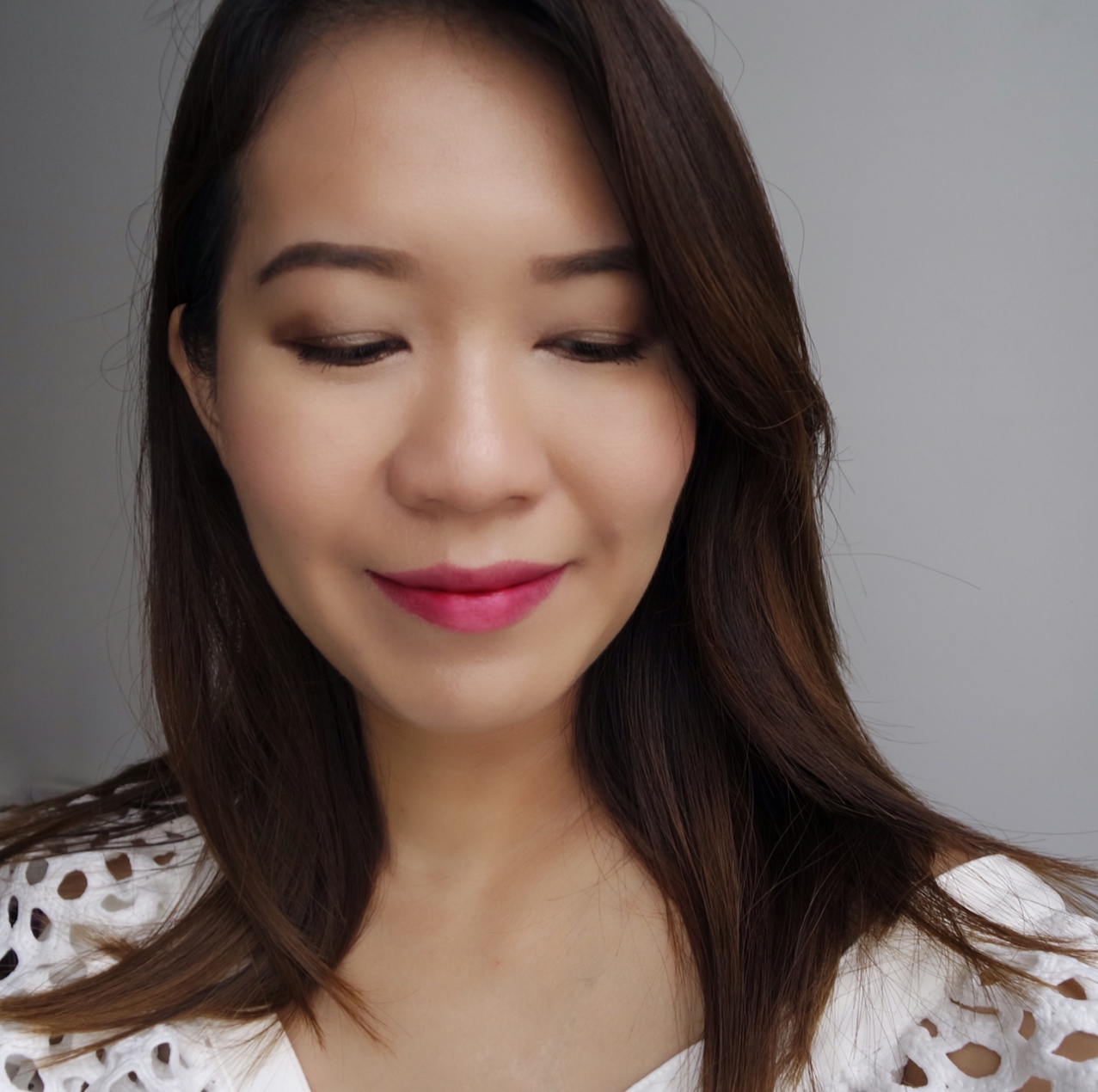 Here is a simple makeup look featuring the 3 shades of Cosme Decorte AQMW Eye Glow Gems on my lids.  I started with BR383 all over my lids, followed by BR371 on the outer corners.  Then I added a dash of GD082 to my inner corners and in the middle of my lids.  I really enjoyed using the shades all over my lids, because they are so smooth and so easy to blend.  Worn on their own, they give a lovely complex wash of color and are even great as a base for layering other powder eyeshadows!

On my oily, hooded lids, I found the Cosme Decorte AQMW Eye Glow Gems to fade and crease slightly toward the 6 hour mark, though a good primer easily extends the wear time.

Cosme Decorte AQMW Eye Glow Gems are already out in counters in Singapore, and retail for SGD35 each.  Receive a Decorte x The Animal Project pouch featuring these adorable flamingos with every $200 purchase (inclusive of 2 pieces of Eye Glow Gem)!

Have you tried anything from Cosme Decorte before?