I have never been fond of pastel / nude shades on my nails… for some reason they just don’t look very good on me. Even on my wedding day I went with a pale gold polish over the traditional nude and pastel pinks. My usual colors are red, bright fuchsia, some greys, etc. But on the other end of the spectrum, I don’t own many black polishes… and this season things are set to change!

There is something soothing about black, it anchors me down and is tres chic. It works on pretty much any skintone and matches everything I wear (particularly since my wardrobe is mainly black). More importantly, black makes my hands appear fairer and slimmer! It also looks great as a base for a glitter top coat or even nail art… but these days I’m into simple black. No embellishment, no texturing, just sleek chic black. Perhaps not the blackest of black, that might be too somber for some, but here are 2 that I’m currently loving… 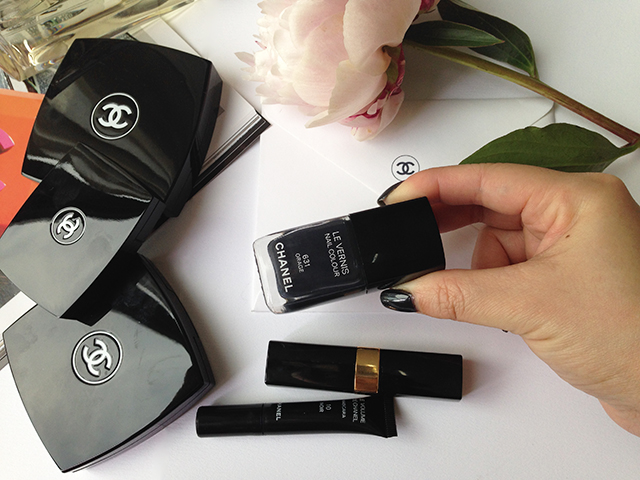 To be fair, Orage is described as a grey blue… but after 2-3 coats, it is so deep and dark it is black in my books, albeit a softened one and oh-so-gorgeous. There is a very faint shimmer in the bottle, but when applied it all but disappears except under very bright light. Regardless it gives the polish a complexity and depth, avoiding the flat black that is more retro than chic. 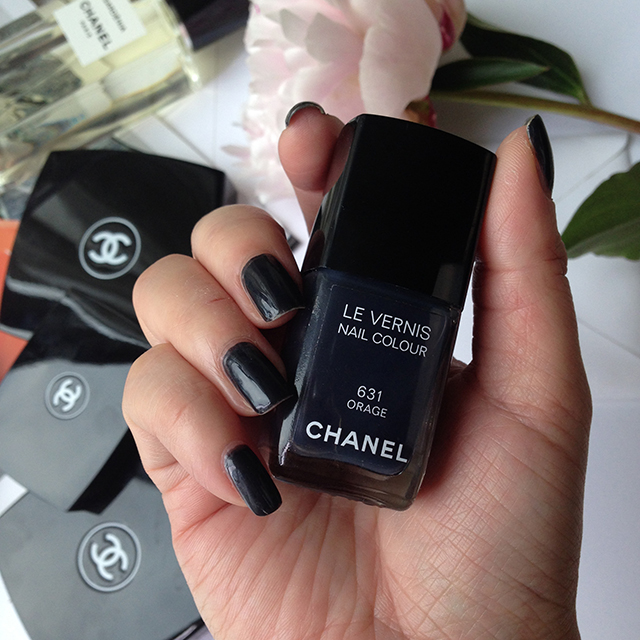 Chanel Le Vernis Orage is a FW2014 Collection Etats Poetiques release. It has the classical Chanel formula, which is slightly on the thin side, and needs 2-3 coats to be completely opaque. Also, my usual rants about thin brush and overnight wearing at the edges prevail. Otherwise, Orage is a really beautiful shade that will be a great alternative to plain black. 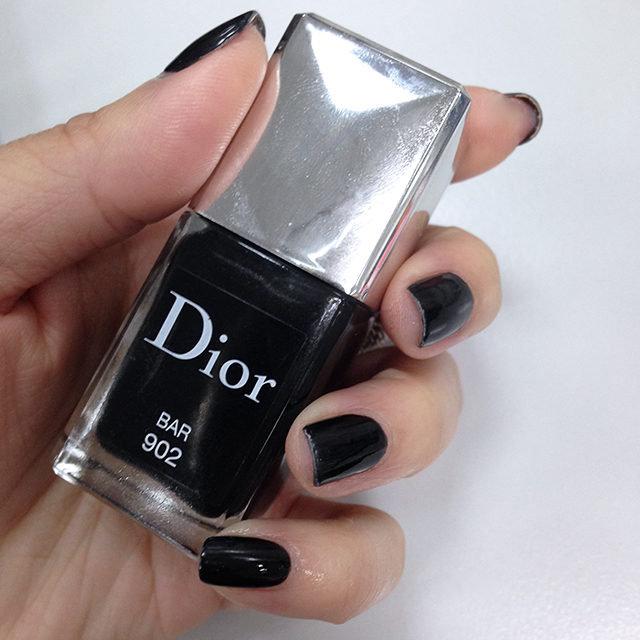 Dior Vernis is increasingly my formula of choice… with its recently relaunched gel formula, quick to dry and wide flat brush, it is everything I want and more. So when I spied #902 Bar, I had to pick it up. This is a true black with a “secret” shimmer that gives added depth to the nails. Black as it may be, under some light, Bar appears almost brown-ish to me.

Really, the Dior formula is idiot-proof. It is self equalizing, and 2 coats gives a proper creamy opaque finish. If I had to nit-pick, this particular bottle felt somewhat prone to drying… In between finishing up all 10 nails, I had to cap it tight, and give the bottle a good shake (by which I meant rolling it quickly between my palms). But whatever seconds or minutes it takes to do so, you gain it back with the quick dry formula!

As the seasons change and we transition into the end of the year, dark nails tend to trend… but instead of oxblood or its equivalent, black is suddenly tres chic once again.  Just as the little black dress is every woman’s fail-safe dressing option, it is just as true on the nails.  I’m loving this season’s reinterpretation of black for the nails… showing just how we can do noir sophisticate with some complexity, instead of full-on goth with matte flat black.

My quest for the perfect pencil eyeliner…