This Spring 2016, I have not felt moved by any of the nail polish collections that were launched, and so it has been fairly quiet on that front for the past couple of months.  However, I had my eyes firmly set on Chanel’s release of their new long-wear nail polish and the gel topcoat.  These finally hit stores here in Singapore a couple of weeks ago, and I am excited to be able to bring you my review on a couple of new shades – Monochrome & Garconne, as well as that Le Gel Coat! 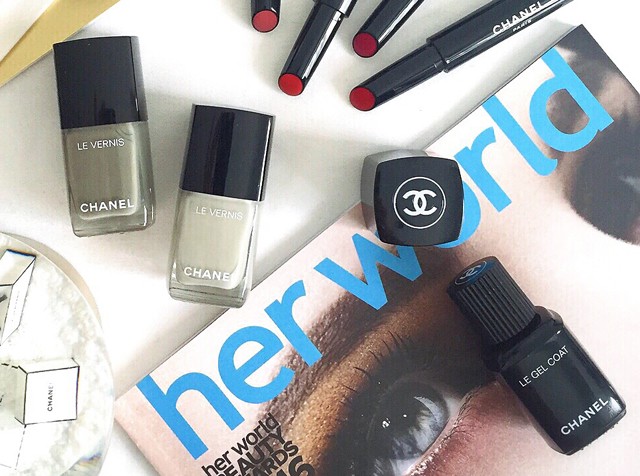 I’ve been looking forward to Chanel’s reformulation of their nail polishes for a very very long time.  Nobody makes as fashion forward and endlessly chic yet elegant shades as Chanel.  But my biggest concern has always been with the narrow brush and for some reason Chanel polishes just don’t last very long on my nails.  So, I was really hoping for Chanel to finally address those concerns, and I was literally squealing with glee when I opened up the Le Gel Coat! 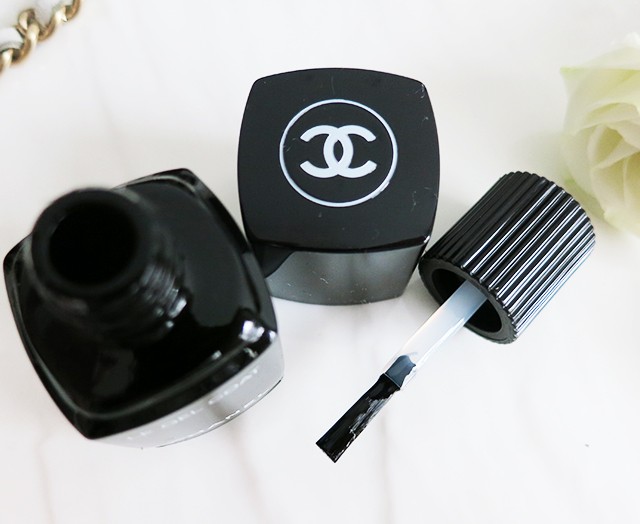 Chanel Le Gel Coat improves the longevity of nail polishes, and gives that luscious gel-like shine finish.  It contains an oligomer which is activated by natural light and strengthens the hold of the nail polish.  Having tried several such gel top coats (my previous reigning fave was Dior’s), I am definitely loving Chanel’s the best!  The formula is thinner, not as viscous as Dior’s, and the brush allows me to spread the gel coat out as thinly as I like.  One of my pet peeves with Dior’s gel coat was that the formula gets steadily thicker and gunkier over time, that it becomes impossible to use about mid-way through the bottle and I have to throw it out.  I’m definitely hoping that will not be the case with Chanel’s since the formula is much lighter! 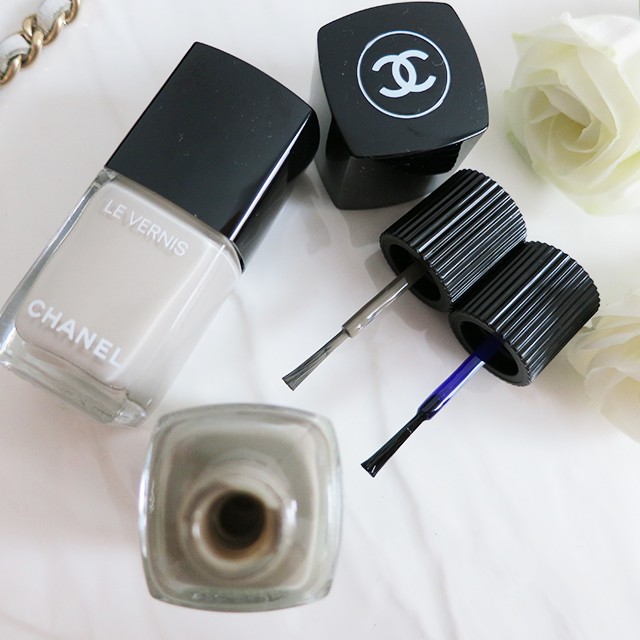 Having struck gold with Le Gel Coat, I was sorely disappointed to find the brush on the new Le Vernis Longwear to be pretty much unchanged.  Comparing it against the last Le Vernis from Chanel – Sunrise Trip (reviewed here), the new brushes seem longer and even narrower.  That is a surprise to be sure, and I found new Le Vernis formula to be slightly thicker, the combination made it harder to apply cleanly without streaks.  However, this appeared to differ between the shades, and could very well be a function of the colour pigment. 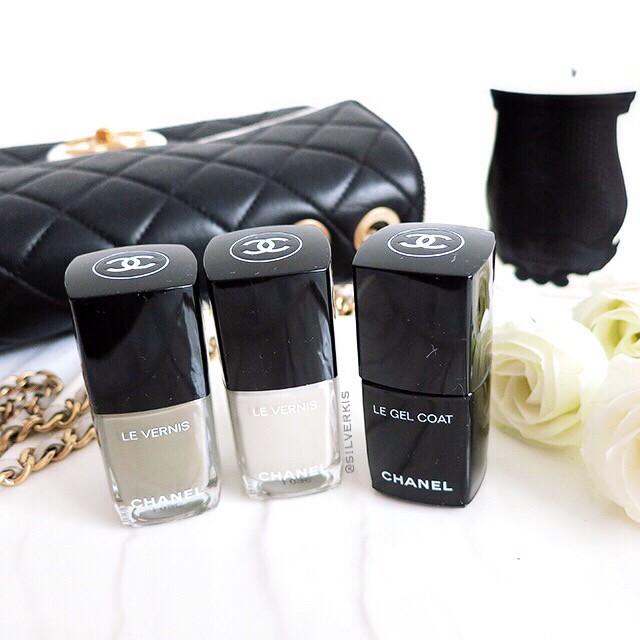 The new Le Vernis is enriched with bioceramics and ceramides to strengthen the nails and prevent them from drying out.  Colour pigments are finely ground and homogeneously blended throughout the polish to ensure even application.  And I was gratified that these Le Vernis Longwear gave intense colour that moulds to the curvature of the nails and do not fall flat nor need multiple coats to achieve full opacity. 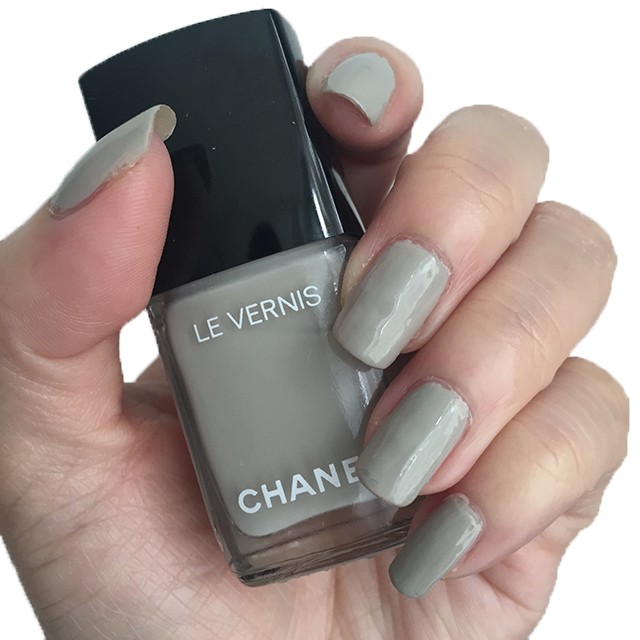 Chanel Le Vernis Longwear – Monochrome is one of the most chic nail polish shades I have encountered in a long while.  It is a light-medium dove grey that leans cool without turning ashy.  On my hands, it makes my fingers look fairer and longer…. the colour of dreams!  However, I encountered quite a bit of difficulty getting Monochrome to apply smoothly.  It also took some time to dry fully, which is unlike the other shade I tested. 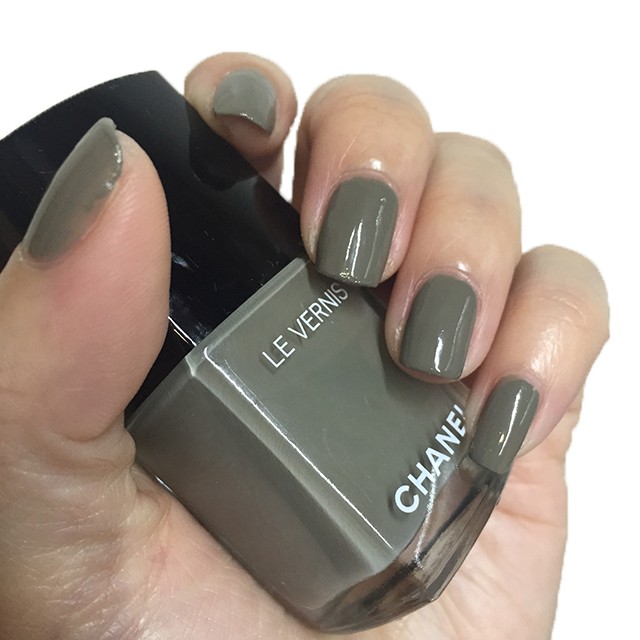 Chanel Le Vernis Longwear – Garconne is surprisingly different from Monochrome even if the 2 looked rather similar in the bottle.  Garconne is a medium-dark khaki that has just enough grey in it to keep it from pulling too green or yellow.  Compared to Monochrome, I found Garconne to be much easier to apply, and it dries faster too.  The finish is a lovely glossy shine, although the Le Gel Coat completes the look.

I actually went back and tested Monochrome again just to be sure, and am convinced it is not as easy to work with as Garconne.  In both cases, I applied Le Gel Coat over, which amped up the shine, but did not extend the wear any longer than before.  Generally, Chanel nail polishes last about 3 days on me before chipping, and both Monochrome and Garconne performed the same.  They are both really beautiful and chic colours though, and I do recommend these shades for anybody looking for a wearable neutral shade that is cooler than the usual nudes.  I plan on picking up 1 or 2 of the new reds to see if those stay on longer on my nails, as Chanel reds in the past outperformed any others in the family, and will report back soon!

Have you tried any of the new Chanel Le Vernis Longwear and the Le Gel Coat?