New Year, New Scent! And a New York Wish Waiting to be Fulfilled!

Happy New Year my dears!  I hope everybody had an awesome countdown celebration, and a smooth start to the new year.  I spent the day at the newly opened National Gallery of Singapore, which I’ve been looking forward to for 10 years!  The construction was delayed by 5 years  and cost $530m ($330m more than originally budgeted).  And whilst it was indeed an architectural feat, which in itself was to be applauded as it restored 2 historical landmarks to their former glory and now made accessible to the public; there is much to be said for the intuitive-ness of the layout of the galleries and the collection on display.  For a museum that hopes to be a world-class institution, and dares to challenge the top of its class such as MoMA and Tate Modern in terms of size; the collection on display sadly failed to impress.  There are much more prolific Southeast Asian artists that are not represented, obvious gaps in the genre, and even some of the introductions on the walls of individual galleries were nonsensical.  Surely corporate sponsorships and donations will help in time, assuming the powers-that-be know how to spend discerningly, and stop squandering on fakes.

What did touch me, was the extensive collection of Singapore masters on display.  Few people, Singaporeans included, are aware that Singapore was once the Pearl of the Orient, where renowned artists like Ernest Hemingway had resided for a period, and there was once a thriving art scene here.  And that golden age had given rise to a class of migrant artists who created their own school of art called the Nanyang Style, and inspired a new generation of artists.  If you are in search of classical landscapes or even cubism, there are excellent examples on display, and none any lacking in technical mastery when compared to their Western peers.

There is still a long way to becoming an international arts center like New York, but we must always have hope in our hearts.  And in the meantime, there are lovely reminders to bring a piece of New York into our lives… and today I’d like to bring you Bond No. 9’s latest fragrance – Park Avenue South! 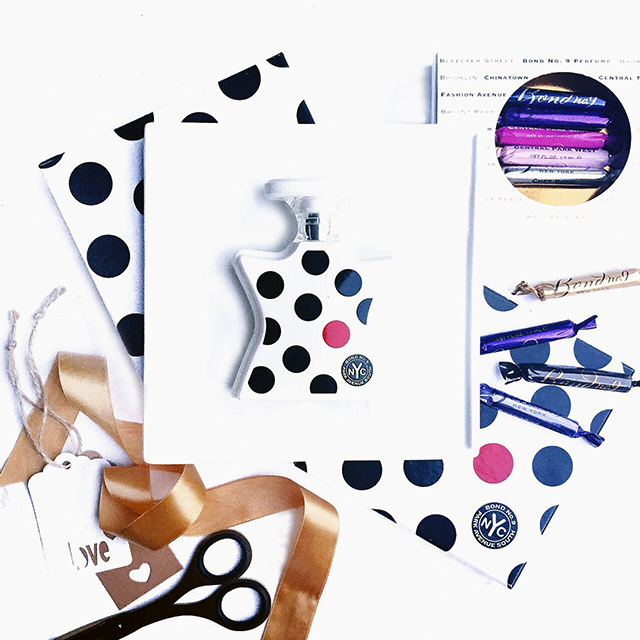 Bond No. 9 is a New York-based fragrance house whose primary mission is to pay homage to the great city of New York.  Each fragrance represents a specific downtown, midtown, or uptown locale, or a city-wide sensibility.  The label, Bond No. 9, is a reference to its headquarters boutique; and has grown to be associated with high artistry through its collaborations with the Andy Warhol Foundation and other contemporary artists.  What makes Bond No. 9 distinctive in the art of perfumery is the high concentration of pure perfume oils used in each of their fragrances – ranging from 18% to 22%, one of the highest in the market.  Also, with each batch of perfume created, a bit of the legendary vintage scent from the 1920s and 30s is added into the mix, to ensure consistency and a bit of tradition. 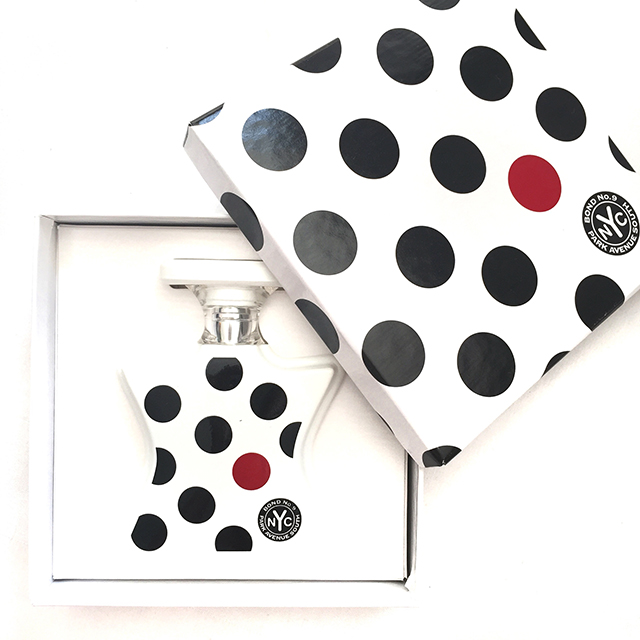 BOND NO 9 PARK AVENUE SOUTH was first released in Spring 2015, but has just arrived in Singapore shortly before Christmas.  As a holiday fragrance, I had a bit of trouble wrapping my head around it, but since it is evergreen here and the weather has been hitting all-time highs, Park Avenue South seems to have arrived just in time.

Park Avenue is one of NYC’s luxury street, and Park Avenue South refers to the section between 17th and 32nd Streets, recently filled with high-end luxury condos, chic restaurants and hotels; in contrast to the older, more established upper Park Avenue.  The vibe that Bond No. 9 is trying to capture with its Park Avenue South fragrance is “the neighborhood’s fresh, flirtatious, insouciant spirit”, and it does that with green apple, peach, jasmine, musk and dry amber. 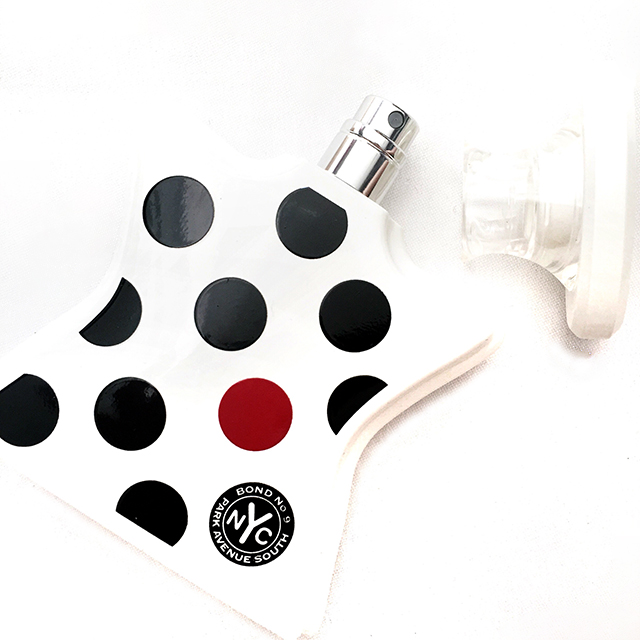 As with any perfume, the experience is always different on a blotter versus the skin.  When I first took a whiff of Park Avenue South on a blotter, I was struck by the predominance of the green apple note, which was fruity, sweet and all kinds of cliche.  It almost reminded me of DKNY’s MyNY [reviewed here], which is a pleasant fragrance with a much more mass market appeal, but unlikely to be the kind of target audience that Bond No 9 is after.  But when I finally sprayed Park Avenue South on my skin, it was a whole different experience!

The initial burst of green apple feels tart and sour, but it does not linger on very long.  A dry and earthy base of amber and musk makes its appearance fairly soon into the game, and grows almost bitter against my skin.  This is kept in check by a warm medley of velvety peach and floral jasmine.  The two swirls around me in perfect counterpoint, never becoming a full-grown floral bouquet nor an earthy men’s scent. 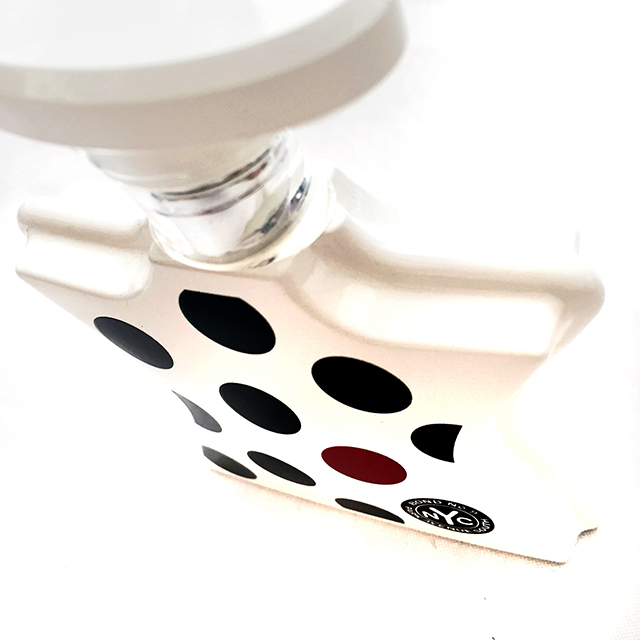 It has taken me awhile to fully appreciate the complexities of Bond No 9 Park Avenue South, but it was an interesting journey.  In true artisanal flare, Bond No 9 has managed to capture the spirit of an emerging district from an old city.  There is something young and vivacious about Park Avenue South, yet the underlying steeliness and grit of NYC is unmistakably present.  In a way, Park Avenue South strikes me as a very bold fragrance – not every luxury niche perfume house is daring enough to present something so ostensibly common as green apples without trying to gild it with layers of expensive ingredients.  And in that way, it is quintessentially New York.

In Singapore, Bond No. 9 is available exclusively at Takashimaya and Ion Sephora.