It’s all about concealers lately, I’ve been testing out quite a number of them, and coming to the realisation that some of my favourites are liquid and pen types.  And this Fall 2016, Bobbi Brown introduces two new concealers in both those formula – Retouching Face Pencil and Retouching Wand. 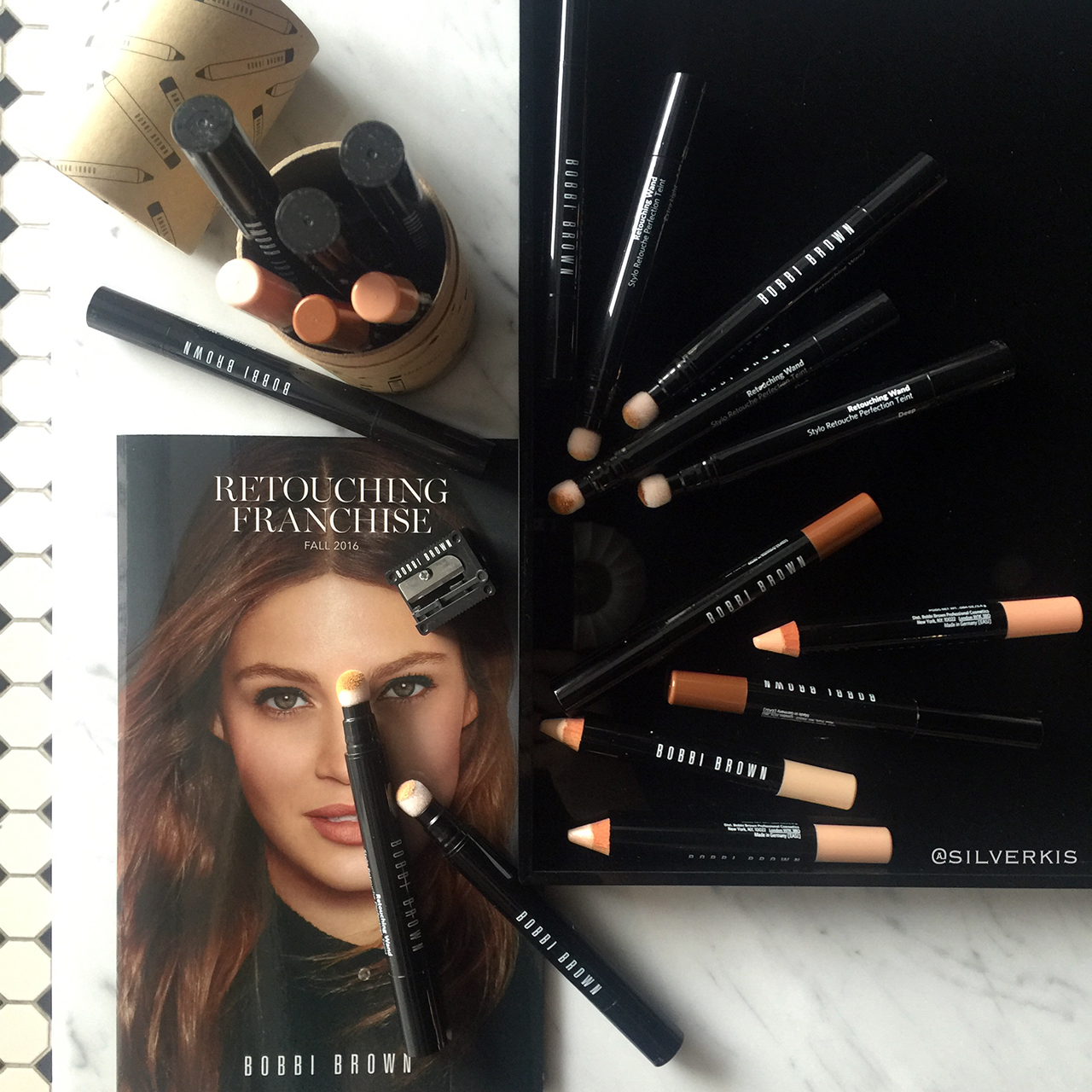 Bobbi Brown is always about achieving that flawless, even complexion with a natural skin finish.  And with the current raging trend for sculpted cheeks and contoured face, Bobbi Brown has created multi-purpose concealers that also serve a variety of purposes.

Bobbi Brown Retouching Face Pencil is a creamy-matte formula that comes in a fat pencil format, which may be sharpened using the specially-designed sharpener that comes with every pencil.  There are 10 shades available to suit all skin tones, and to cater for all types of uses.  Here are the swatches:

The coverage for these are quite good for a pencil concealer.  It is certainly sufficient to cover up redness and dark shadows, simply swipe the Retouching Face Pencil over the areas and tap with a finger to blend.  However, I found it tended to sheer out too much to cover up my dark spots and pimple scars.

There is even 1 lightly pink-tinged Illuminate shade that has some sparse micro-shimmers over a somewhat sheer base that is designed to be a universally flattering highlighter.  Here is a close up swatch next to the Porcelain shade for comparison: 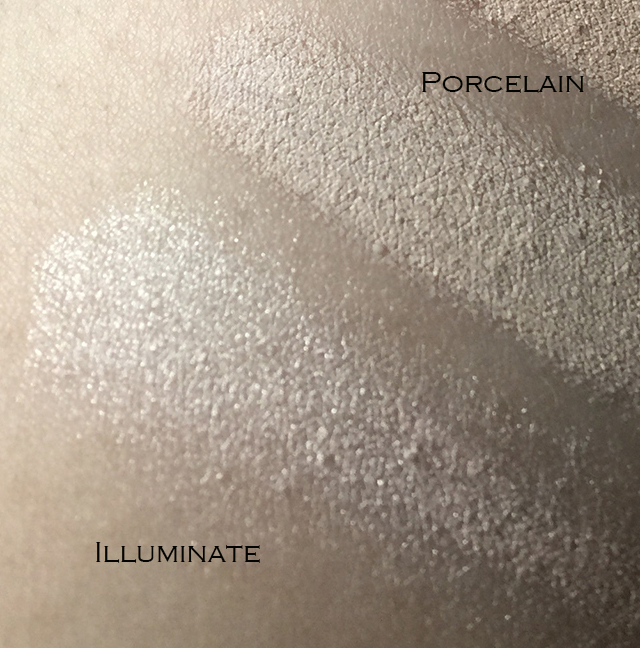 I have enjoyed using Illuminate on the inner corners of my eyes and on my cupid’s bow to softly highlight.  However, if shimmers aren’t your thing, you may always use the lighter shades like Porcelain to brighten the high points of your cheeks and forehead.  Likewise, the darker shades may be used to contour.  In comparison with the Nudestix Concealers [reviewed here], these Bobbi Brown Retouching Face Pencils are not as creamy and hence not as forgiving on flakey skin.  Also, for the purpose of contouring, I found it a little bit tricky to blend out properly with a finger as the shade Deep that I have is a little powdery.  I should also point out that I’m roughly NC20 in terms of skin tone, and the shade Light is a tad too yellow and so it seems too dark when used on top of my existing foundations.  Extra Light is probably a better shade for me, especially if I’m using it for dark under eyes and spots around the face. 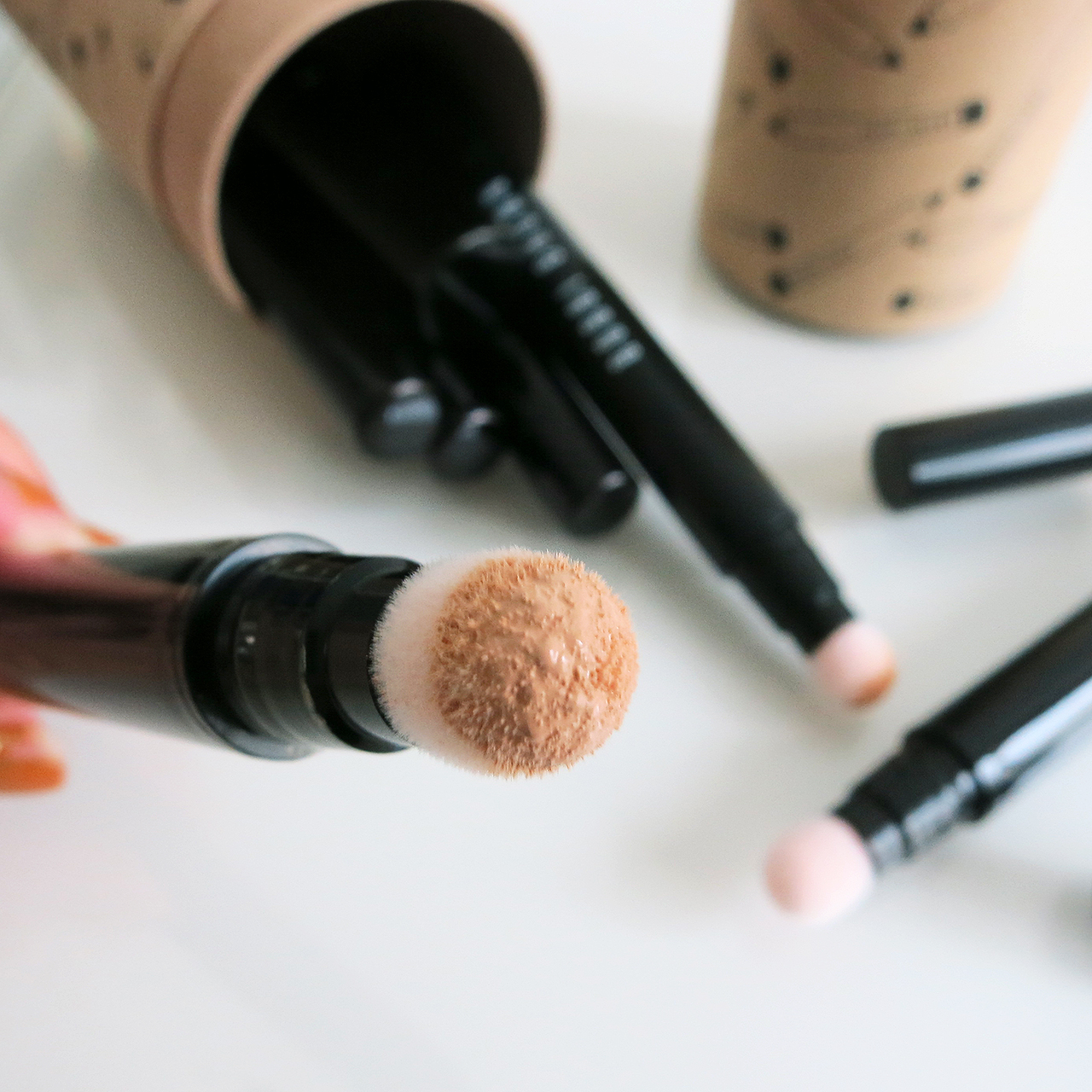 On the other end of the spectrum, Bobbi Brown Retouching Wand is a creamy liquid concealer that comes in a clickable pen with a sponge tip applicator.  The concept feels very similar to the Tom Ford Concealing Pen [reviewed here] although the Bobbi Brown Retouching Wand is slimmer, and the sponge applicator does not feel as thick and soggy as the Tom Ford.  There are 9 shades ranging from very light porcelain to a deep rich hue.

This liquid formula is much kinder to dry skin, especially those prone to lines around the eyes.  The coverage is good for a liquid concealer, able to conceal my dark circles and redness, but not dark spots and pimple scars.  It is a dream to blend, and so it works well for contouring.  Also, for those no-makeup days, you could just apply this Retouching Wand to the needed spots and blend out for an undetectable finish. Between the 2, I find the Retouching Wand much easier to blend and retouch throughout the day.  Again, the shades run yellow, so I find myself reaching more for Extra Light for a brighter undereye.