Benefit’s hotly-anticipated They’re Real! Push-up Liner finally hit shelves in Singapore last Friday.  I was offered a deluxe sample from the lovely folks at Bellabox, and had the opportunity to test it out. 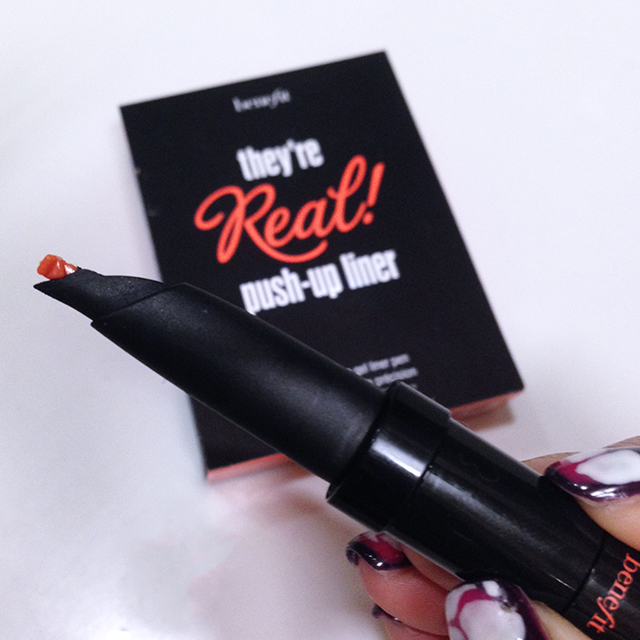 As mine was a tiny little sample, it doesn’t look exactly the same as the full-sized product, but in terms of features, it is nearly there.  For starters, it comes with a tiny orange plastic plug on the tip, which I think would be quite handy for keeping your gel liner from drying out (provided you can keep the tiny lil bugger from getting lost!). 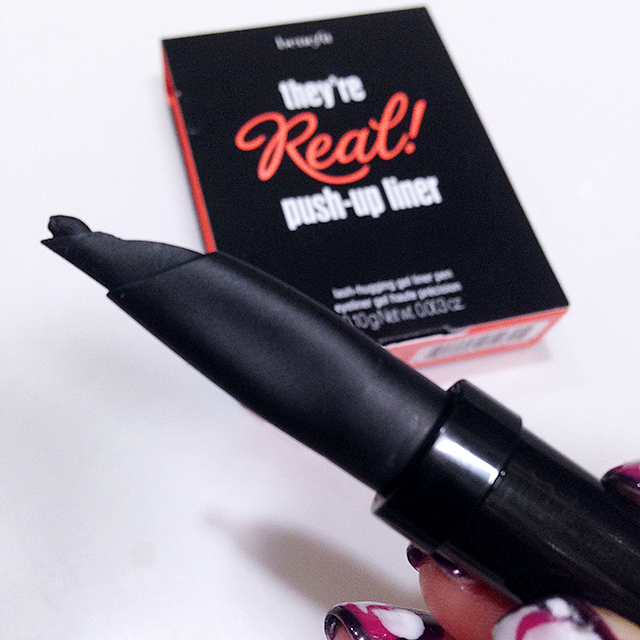 Benefit They’re Real! Push-up Liner is a gel-liner.  Not to be confused with other liquid-types of liners in a pen, which are often not as intense.  And very unlike gel-pencils which don’t last as long.  Benefit They’re Real! Push-up Liner seeks to replicate the intensity and long-lasting wear of those gel liners in a pot, but in a pen form that does not require a separate brush to apply.  And as you can see, the gel is a very thick, almost dry, form… which all means it is not going to be as smooth to apply as liquids or pencils.

And the reason for the long convoluted name, is that the gel is “pushed” up to the tip when you twist the bottom of the pen.

To be honest, when I first saw this, I was skeptical as despite it being marketed as the “first-ever” gel liner in a pen, we have already seen this last year in the form of Maybelline Lasting Drama Gel Liner Pen.  The latter was a total dud for me, and I threw it away after just 1 use.  But where drugstore failed, Benefit excelled.  The AccuFlex tip is bouncy and bends in the direction of pressure, thereby hugging the lash line as I worked.  The tip is sufficiently narrow for me to work a decently office-appropriate line without being overly dramatic.  However, on the lower lash line, it was way too thick and dispensed too much product for my tiny eyes, and I still had to reach for my brush to finish the job. 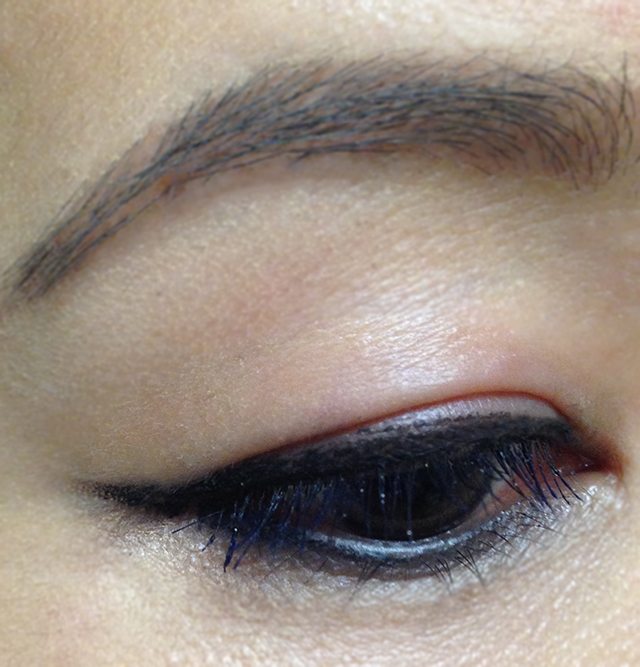 I think with any new product, there will be a learning-curve involved.  Benefit They’re Real! Push-up Liner may not be as smooth to apply as liquid and pencil liners, but they do give a very precise cat-eye flick.  But there is a trick to getting that flick… I found it easiest to gently tug on the side of my eye to stretch the skin so that the gel goes on smoothly.  Not the best thing to do to the fragile skin around the eyes on a daily basis!

Surprisingly, I was able to wear this on my lower waterline without irritating my eyes!  I normally have to turn to my pencils for that area as liquid liners make me cry buckets, and they don’t last on the waterline anyway.

I would have quite enjoyed Benefit They’re Real! Push-up Liner, except that it was not smudge-proof on me.  In fact, they started smudging even before I left the house!  And as the day progressed, it flaked off and fell around my under-eye area.  Attempts to to wipe the flakes off only ended up smearing them and leaving black trails which were not easily removed!

In fact, Benefit They’re Real! Push-up Liner is so waterproof, that an oil-based remover is required. 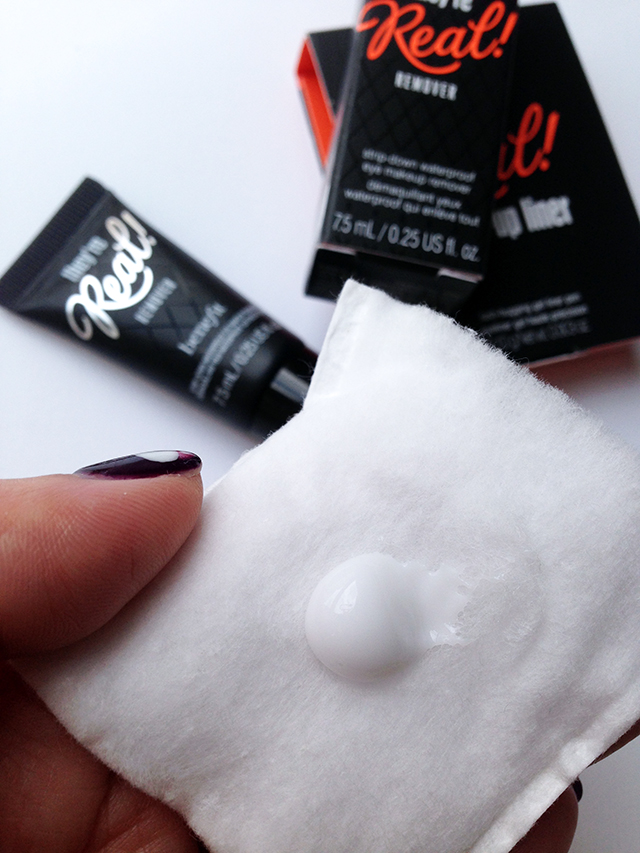 I was provided with a small sample of the Benefit They’re Real! Remover to go with the liner.  This is a gel-cream remover, and you are supposed to saturate a cotton pad and gently wipe away the liner.  I personally prefer fluid removers as they are much easier to work with… these gel types need some work to completely dissolve the liner.  When I used it, I found it created an inky gooey mess that took far too many wipes to completely remove.  And in the course of wiping, some of it got into my eye and stung.

Overall, Benefit They’re Real! Push-up Liner is an interesting new product.  It may not be the easiest way to achieve a cat-eye if you are already used to doing it with liquid liner or pencils.  But for first-timers who lack the precise control to work liquid liners, or if you have been using a brush all along and favor convenience, then this will be a great tool.  I only wish it was smudge-proof too!